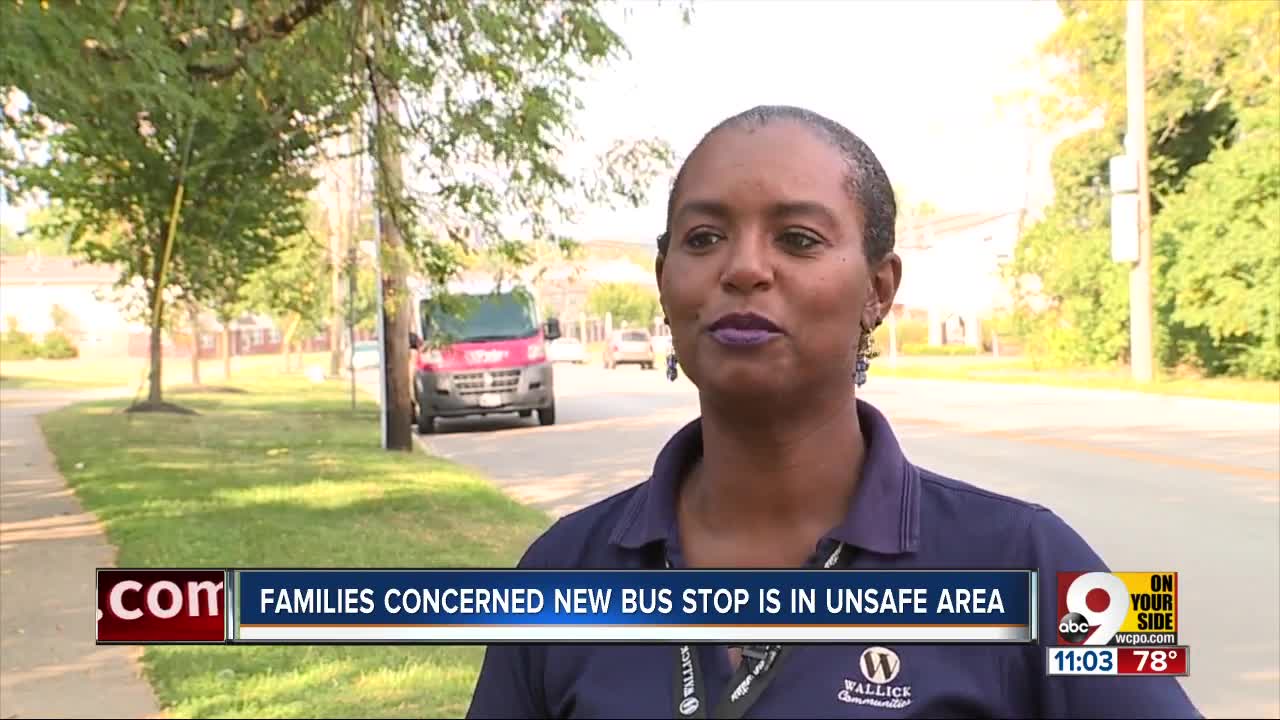 It’s just not the added distance — a five-block walk — that has Frances Carnes concerned about her new Metro stop. It’s the fact that the new location is directly in front of a shop she calls a hotspot for local violence.

It’s just not the added distance — a five-block walk — that has Frances Carnes concerned about her new Metro stop. It’s the fact that the new location is directly in front of a shop she calls a hotspot for local violence.

“We moved from a stop that was comfortably safe, we didn’t have any problem,” she said Monday night. “Now, me and the kids, we have to walk up there, and we don’t know what danger we’re running into. The police are always taking care of something that’s going on.”

Carnes, her children and other families living in the Villages at Roll Hill used to wait for their bus at the corner of President Drive and Baltimore Avenue. Their new stop is at Baltimore Avenue and McHenry Avenue, directly outside Schwarz Food Market.

It’s also where two people were shot while sitting in a parked car in early April. Carnes described that incident as one of many that make her anxious about having children in the area every day.

Lisa Hyde-Miller, who works for the company that owns the Villages at Roll Hill, said she began to worry as soon as she learned the stop would be changed. According to her, most of the people who live in the complex rely on public transit.

“I’ve been working in this neighborhood since 1994, always had my seniors, my teenagers, my young mothers, catch the bus right here,” she said of the old stop. “Why take something away when this is their only means of transportation? Why have them walk further?”

She encouraged people in the area to begin calling Metro officials and asking them to reconsider the move, she said.

“The safety of our customers is important to us,” she wrote in a statement. “As we continuously work to improve our service, we welcome feedback and suggestions from our riders to aid our efforts.

“We are currently underway with our FASTop project, which is aimed at evaluating each of our 4,000+ bus stops for things such as safety and security, accessibility for those using mobility devices, and infrastructure, as well as ridership. The goal is to shorten trip time and provide enhanced amenities and improvements where necessary.“

Carnes and Hyde-Miller said the improvement they need is for Metro to move the stop back.