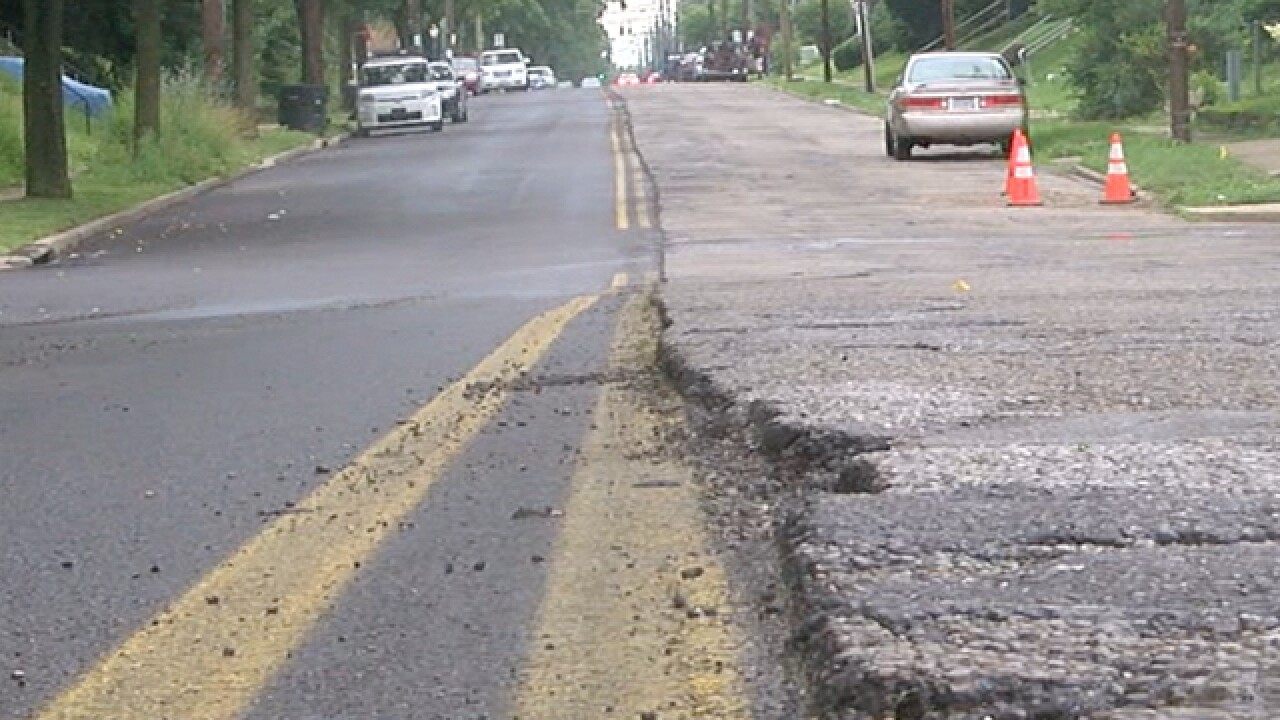 Copyright 2018 Scripps Media, Inc. All rights reserved. This material may not be published, broadcast, rewritten, or redistributed.
<p>Cincinnati's side of the road is on the left. Norwood's side is on the right.</p>

CINCINNATI -- The city is staring at a $1 billion price tag if it wants to bring its aging infrastructure back up to good condition, and those costs are only growing.

That estimate does not include the city's largest infrastructure need: the $330 million Western Hills Viaduct replacement.

That's according to the Department of Transportation and Engineering's 2017 infrastructure report released earlier this week. The annual report catalogs the condition of roads, bridges, sidewalks, retaining walls, stairways and traffic signals within the city limits.

The report paints a stark picture. According to DOTE projections, the city is facing nearly $700 million in looming street rehabilitation needs alone and another $190 million in traffic signal and street light replacements.

Read a full breakdown of the city's looming infrastructure rehab costs in the viewer below.

More than half -- 56 percent -- of the city's streets still require rehabilitation or improvements to achieve a "good" condition rating, according to DOTE data.

Acting City Manager Patrick Duhaney attributed the looming infrastructure deficit to having to do more with less.

"Although DOTE has worked diligently to balance its programs within budget targets, shrinking resources and rising costs have made this difficult to achieve," Duhaney wrote in the report. "DOTE has been forced to cut some programs completely and is looking at staff reduction as employees retire."

To demonstrate the degree to which some infrastructure costs have risen over the last three decades, Duhaney said the cost to repave one mile of a single lane of road has inflated more than 430 percent since 1987 -- from $65,000 to $280,000 per lane-mile.

"Columbus has cut a considerable amount of money from our budget," Landsman told WCPO. "The legislature, the governor, they have cut tens of millions of dollars from our budget that we desperately need for these services."

In the face of decreased state funding, Landsman said he's calling for a "comprehensive performance and financial review" of the city's infrastructure maintenance and capital finances.

"The amount of work we're not capable of doing is staggering."

The last time the city administration received an independent review of its infrastructure needs was in 1987, with the Smale Infrastructure Commission. Duhaney thinks it might be time for a fresh look.

"It may be time to re-convene a new commission to work with DOTE and the city's other infrastructure asset management agencies to assess new funding strategies," Duhaney wrote.