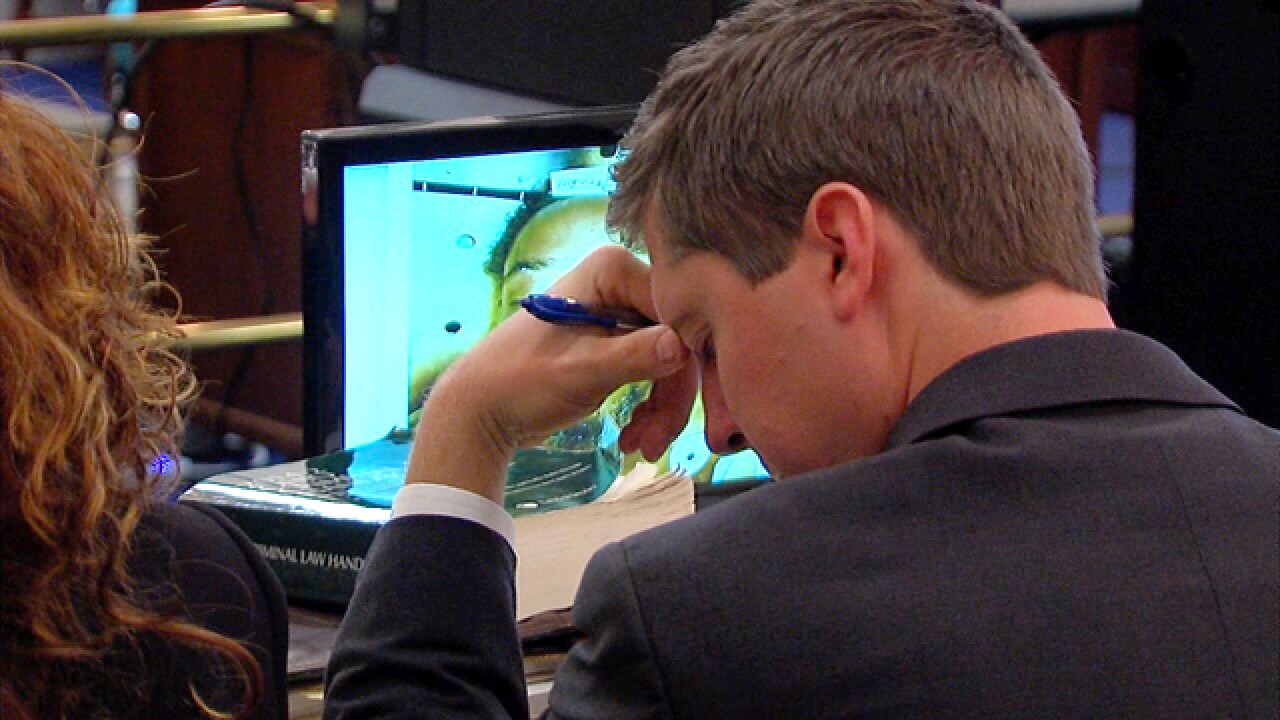 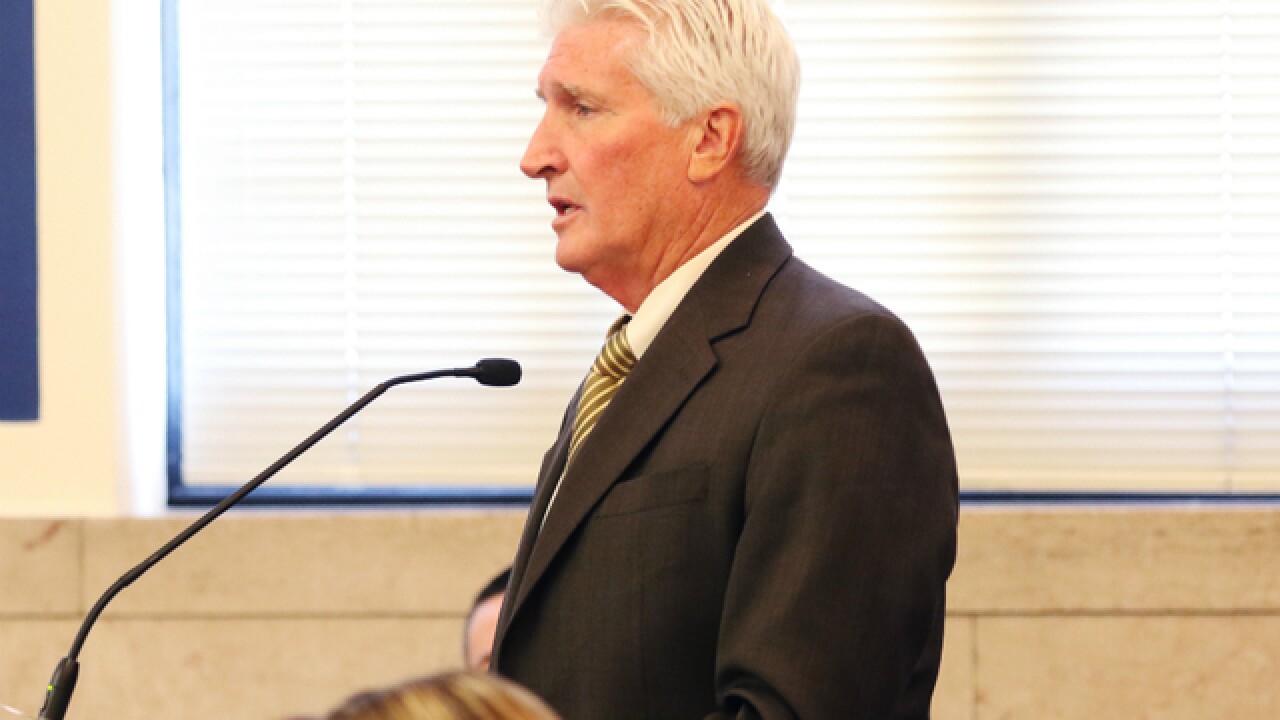 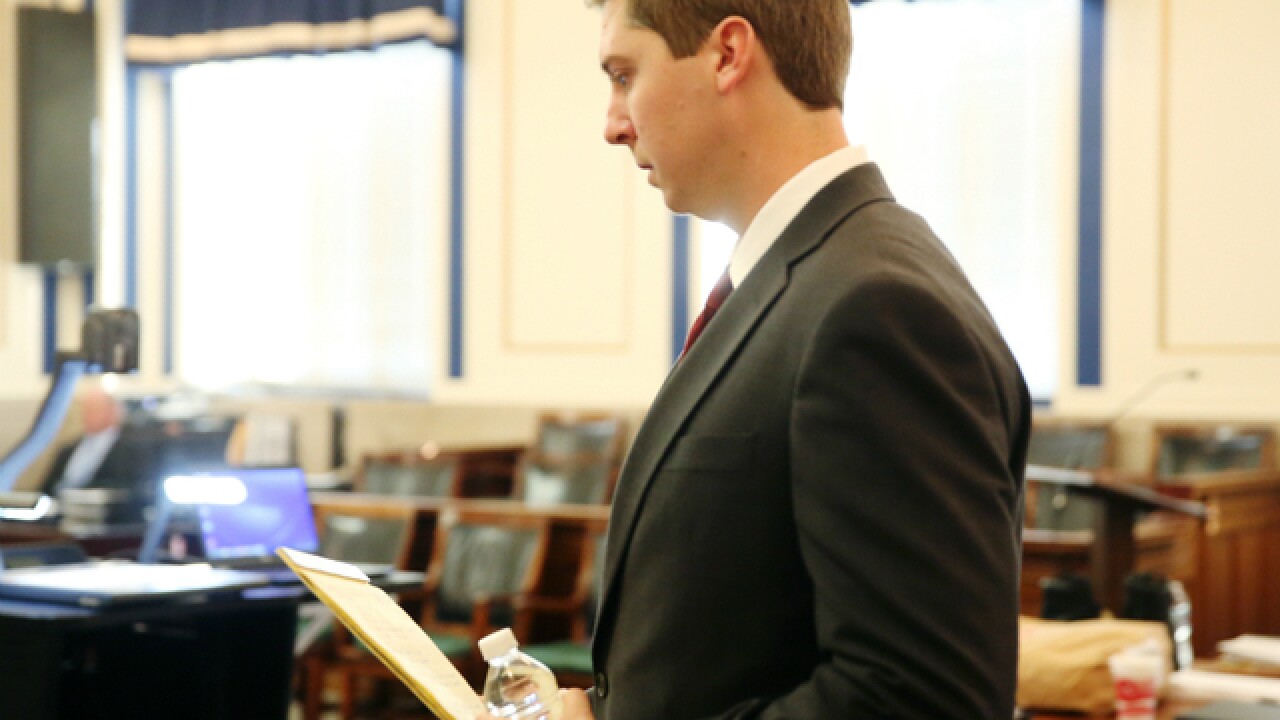 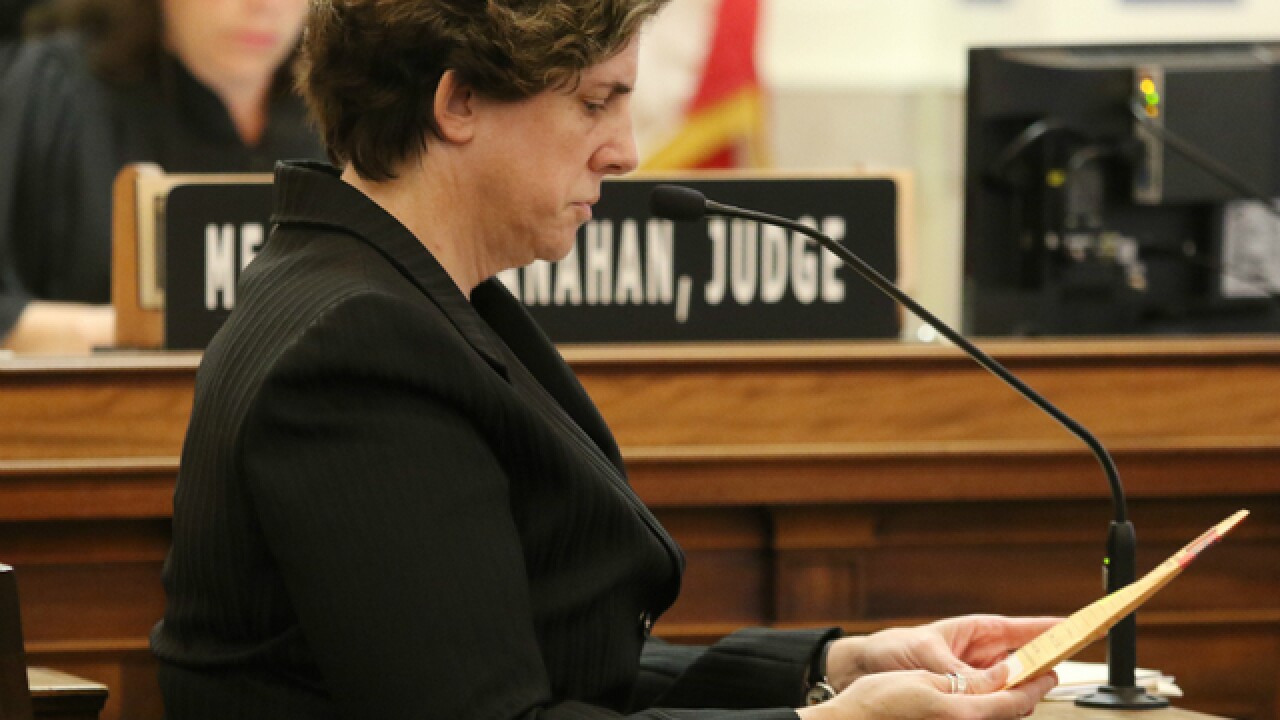 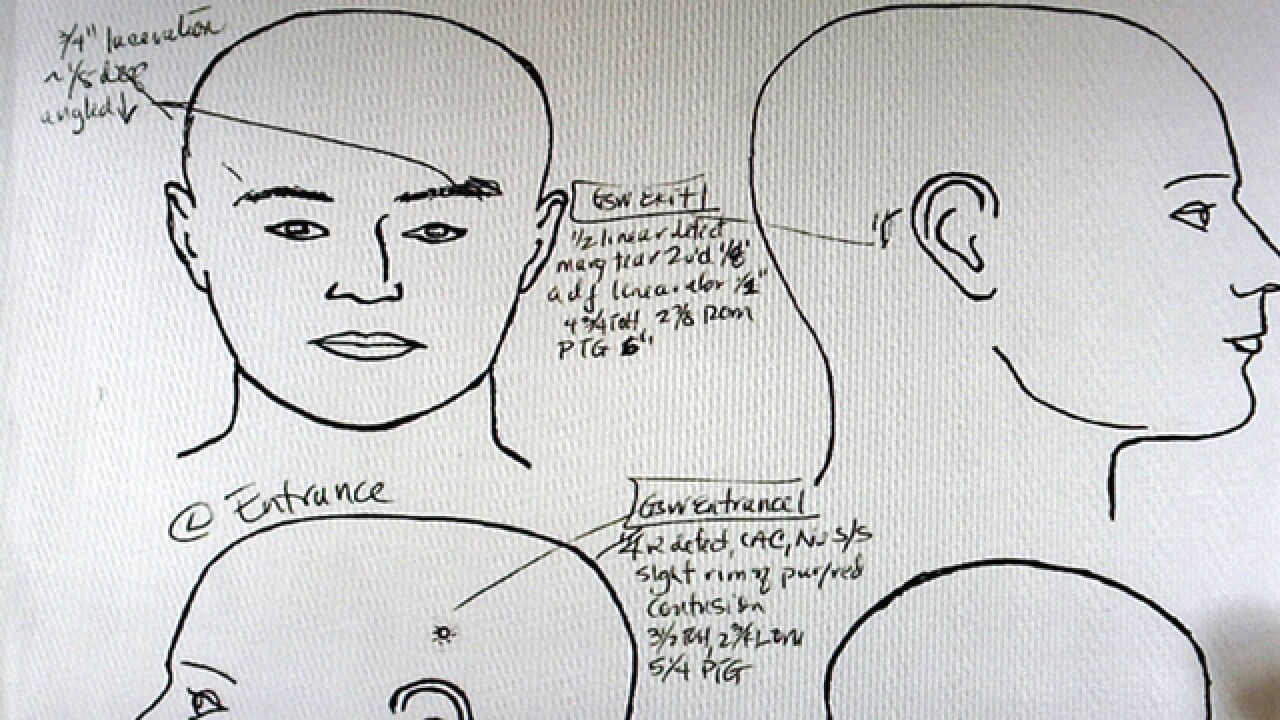 CINCINNATI -- Ray Tensing must be haunted by the face of Sam DuBose.

That seemed clear even before autopsy photos showing the gaping bullet holes in DuBose's head popped up on the video monitor in front of Tensing during Monday's testimony.

The chief deputy coroner, Dr. Karen Looman, was on the stand testifying about her autopsy on DuBose. For the first 12 minutes, Tensing looked straight ahead, showing no emotion, just as he had done throughout the first week of testimony. Suddenly, a photo of DuBose's face, taken while his body was lying in the morgue, appeared on the screen.

The dead man seemed to be smiling with a toothy grin. His left eye was wide open, his right eye was partly so, and both eyes seemed to stare straight into the camera -- and, for that moment, straight into Tensing's eyes.

Tensing turned away -- no wonder -- and raised his left hand to cover his eyes. When he looked up, the coroner had put up another photo. DuBose was no longer staring straight at Tensing. Instead, DuBose's head had been turned and he appeared to be looking to the side, exposing the entry wound just above his left ear. Tensing caught a glimpse, then took a sip from his plastic water bottle and looked away again.

Tensing kept his head turned away while Looman showed the exit wound on the right side of DuBose's head and described how the bullet had traveled through the bone of DuBose's skull and brain, snapped off his brain stem and emerged on the other side.

It was hard to stomach. Most of Dubose's family left the courtroom before Looman's testimony rather than be subjected to the harsh reality in the photos. One juror gasped and put her hand over her eyes.

"I didn’t stay in the room because I knew that I would be very verbal," said DuBose's fiancee, DaShonda Reid. "The judge indicated that if we were going to be in there and make some noise, there would be a possibility of a mistrial, so I chose to leave."

It might have been the first time the former University of Cincinnati police officer had a close-up look at DuBose since that fateful traffic stop on July 19, 2015, and he couldn't bear to keep looking.

The prosecution has been building a convincing murder case against Tensing since testimony began last week, and Looman and Edward Lattyak (a forensic expert in the coroner's crime lab) seemed to wrap it up in a tidy bow before the prosecution rested at about 12:20 p.m.

Looman, who estimated that she has performed about 2,500 autopsies, disputed the defense's claim that Tensing fired as he was falling and being dragged by DuBose's car. Looman said the bullet went through DuBose's head downward – not upward. She said it entered just above DuBose's left ear and exited behind his right ear.

"Downward and left to right," she said.

Looman said DuBose's death was "immediate" once the bullet snapped off his brain stem. The brain stem "tells your heart when to beat, tells you when to take a breath," she said. Once it was ripped off, DuBose had "no more thought or purposeful movement," Looman said.

Although Looman didn't speculate or say so explicitly, the implication was clear DuBose could not have "mashed" the accelerator, turned the wheel and tried to use the car as a weapon to run down Tensing, as the defense claims.

Looman did say, in response to the prosecutor's question, that "DuBose would no longer have had control of his foot" and his foot would have "collapsed down, based on the weight of his foot."

On cross examination, defense attorney Stew Mathews got Looman to say she did not know where DuBose's feet were positioned when he was shot.

Lattyak testified that he was asked to match the fatal bullet, recovered from the car radio, to Tensing's gun and he could not. "It's not always possible," he said, testifying that the bullet can be damaged, especially when it rips through a human skull.

So Lattyak said he did the next best thing -- he test-fired Tensing's Sig Sauer P320 semi-automatic service weapon with Tensing's own ammo.

"I was able to positively identify it as fired from Ray Tensing's weapon," Lattyak said.

Likewise, he said he was able to "positively identify" the shell casing found in the back seat of DuBose's car as having been ejected by Tensing's gun.

Mathews asked Lattyak if there would have been enough recoil to knock Tensing down.

One point for the defense? Prosecutor Joe Deters says Tensing fell from the recoil. But Mathews claims Tensing fell when dragged by DuBose's car.

Yet, a video forensics expert already seemed to debunk that theory last week. Grant Fredericks showed in a convincing frame-by-frame breakdown of Tensing's body camera video that DuBose wasn't dragged. To make the point again, Michael Trimpe of the coroner's office testified that there was no car paint on Tensing's belt that might indicate it scraped against DuBose's car.

The scoreboard is lopsided in favor of the prosecution at this point, as one would expect with the defense just beginning its case. The defense spent the last 30 minutes of the day calling five officers to testify that Tensing appeared "shaken," "scared to death" and "white as a ghost" following the shooting on Rice Street.

Mathews has been trying to dispute that Tensing violated police protocol by reaching into DuBose's car in the first place, asking prosecution witness if they have ever done it and getting some to admit they have.

With the way the odds and the evidence are stacked up against him, it looks like Mathews has been building a case to beat a murder rap, not one bent on getting an acquittal. Tensing would get three to 11 years if convicted on the voluntary manslaughter charge and 15 to life for murder.

To get a murder conviction, the prosecution is supposed to prove intent -- that Tensing purposely killed DuBose. Mathews might simply be trying to plant a seed of reasonable doubt wherever it might grow.

In his opening statement, Mathews said his own expert's video analysis would make his case. He said Tensing would testify and convince the jury that he was in danger and feared for his life. But Tensing will have to make a stronger impression on the stand than he did in his videotaped interview with police two days after the killing, which jurors saw last week.