Police: Store owner who shot would-be robber 'nothing short of a hero' WCPO
A would-be robber is dead after an attempted robbery at the Glenway Pony Keg Wednesday night -- Jan. 24, 2019 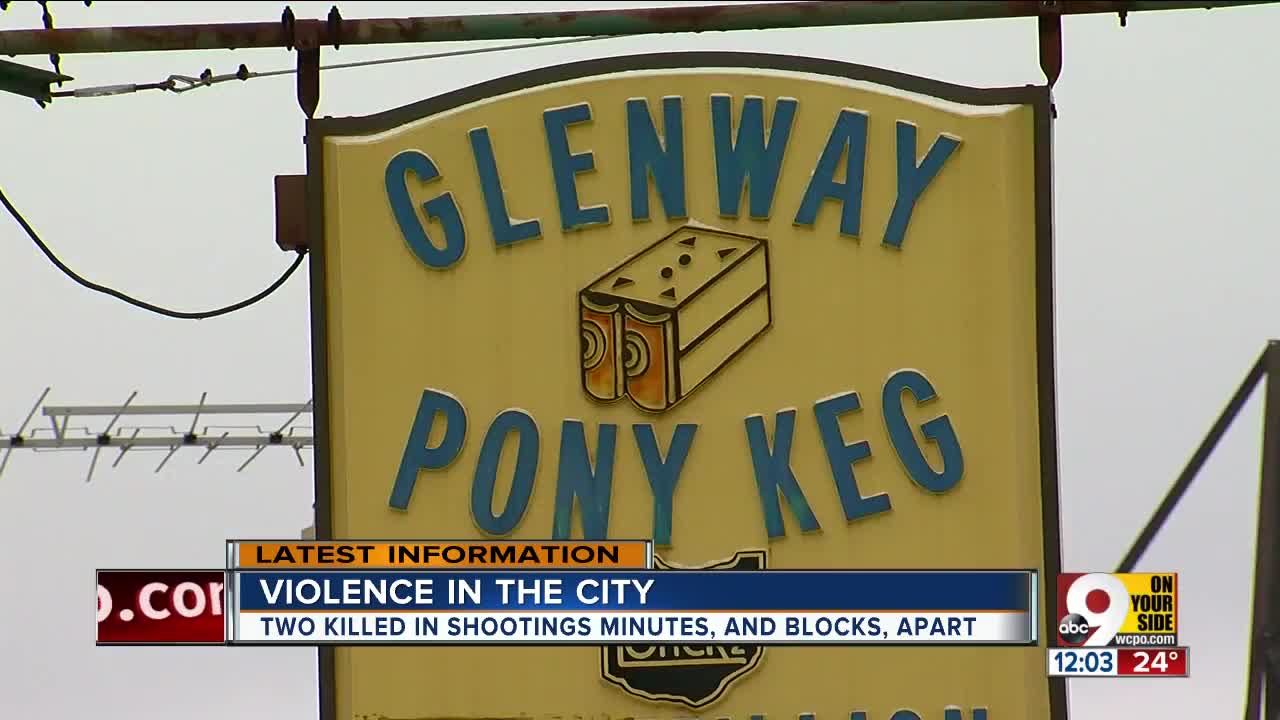 CINCINNATI — A Cincinnati police captain said a would-be robber is dead because a 63-year-old convenience store owner protected herself.

Police responded to the Glenway Pony Keg on Glenway Avenue at about 4:30 p.m. Wednesday. Officers found James Douglas, 48, fatally shot. Broxterman said the man was trying to rob the West Price Hill store, but the owner put up a fight -- shooting and killing Douglas.


"She’s nothing short of a hero," Broxterman said.

That's just one in a string of crimes that took place in about 12 hours.

Police are also investigating the shooting death of 43-year-old Joseph Brooks who was shot and killed on Queen City Avenue in South Fairmount Wednesday evening.

For Broxterman, the crimes are personal.

"I grew up on this side of town and I’ve seen the changes over the years and it’s hard to see these acts of violence," he told WCPO.

None of the alleged crimes or suspects are connected, police said. If you can help police in any of these investigations, call Crime Stoppers at 513-352-3040.