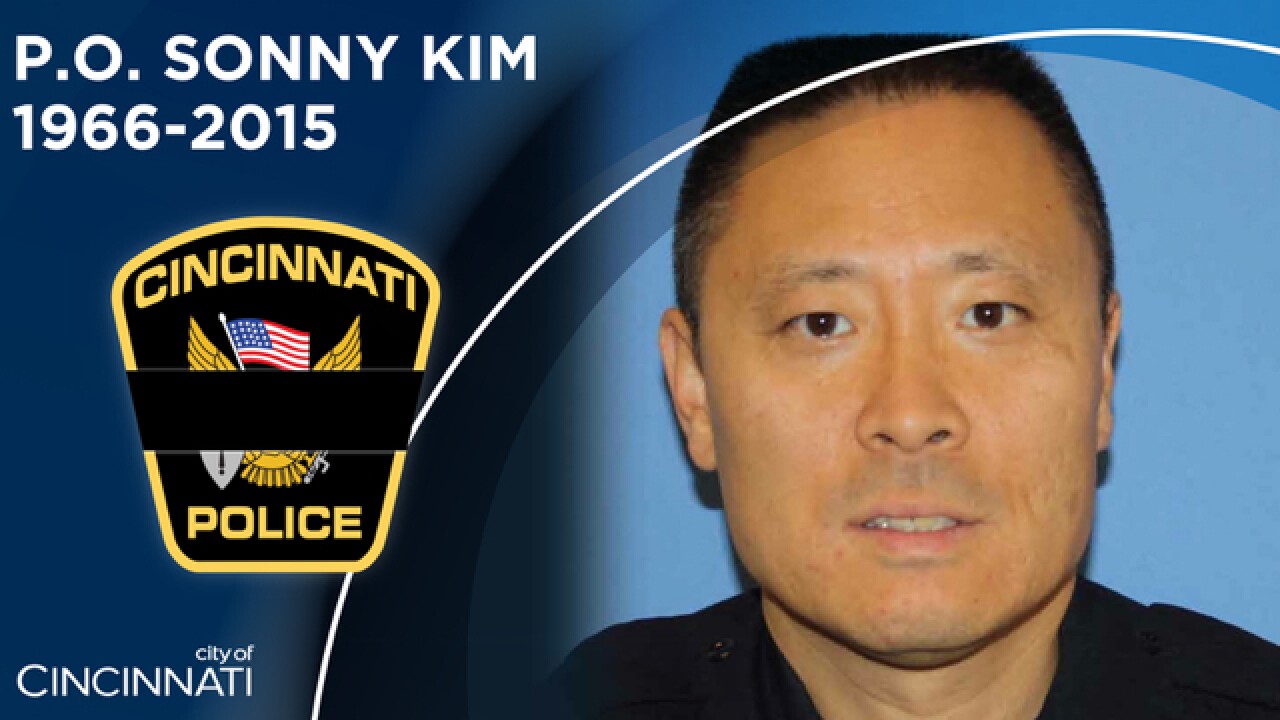 <p>OFFICER GUNNED DOWN IN AMBUSH: Cincinnati police Officer Sonny Kim responded to a call about a man waving a gun and was shot to death on a Madisonville street on June 19, 2015. It turned out that the man who shot Kim, TrePierre Hummons, made the call in an effort to lure officers into a deadly trap, police said. Hummons was shot and killed after opening fire on a second officer. Kim, 48, was a 27-year veteran and a popular martial arts teacher. Some 7,000 people attended his funeral at Xavier's Cintas Center. He left his wife and three teenage sons.</p>

CINCINNATI -- Hundreds gathered to pay their respects to fallen members of Cincinnati's police force in the annual police memorial parade Tuesday morning with a special focus on Officer Sonny Kim, who died last June from three shots in an ambush on a Madisonville street.

The parade began on Fountain Square and proceeded to the police memorial on Ezzard Charles Drive just across from the District One headquarters where the memorial stands, bearing Kim's name.

The ceremony at the memorial included a rendition of "Taps," a flyover and a 21-gun salute. Cincinnati Police Chief Eliot Isaac presented a posthumous medal of valor for Kim to his wife, Jessica. The Cincinnati Honor Guard laid a wreath at the memorial as well.

"You get stunned. It’s like a loss in the family because we are family. Losing Sonny was like losing a brother, and that’s the way we all feel about it," said Sgt. Dan Hils, president of the Cincinnati Fraternal Order of Police.

This more-than-50-year-old tradition not only honors those lost in the line of duty, but it serves as a chance for police to reach out to the community. Each district plans to hold an open house for the public to meet their neighborhood officers and learn about K-9 and SWAT units.

The schedule for open houses at the districts is as follows: