Vine Street Kroger, a longtime Over-the-Rhine landmark, to be demolished by the end of the year 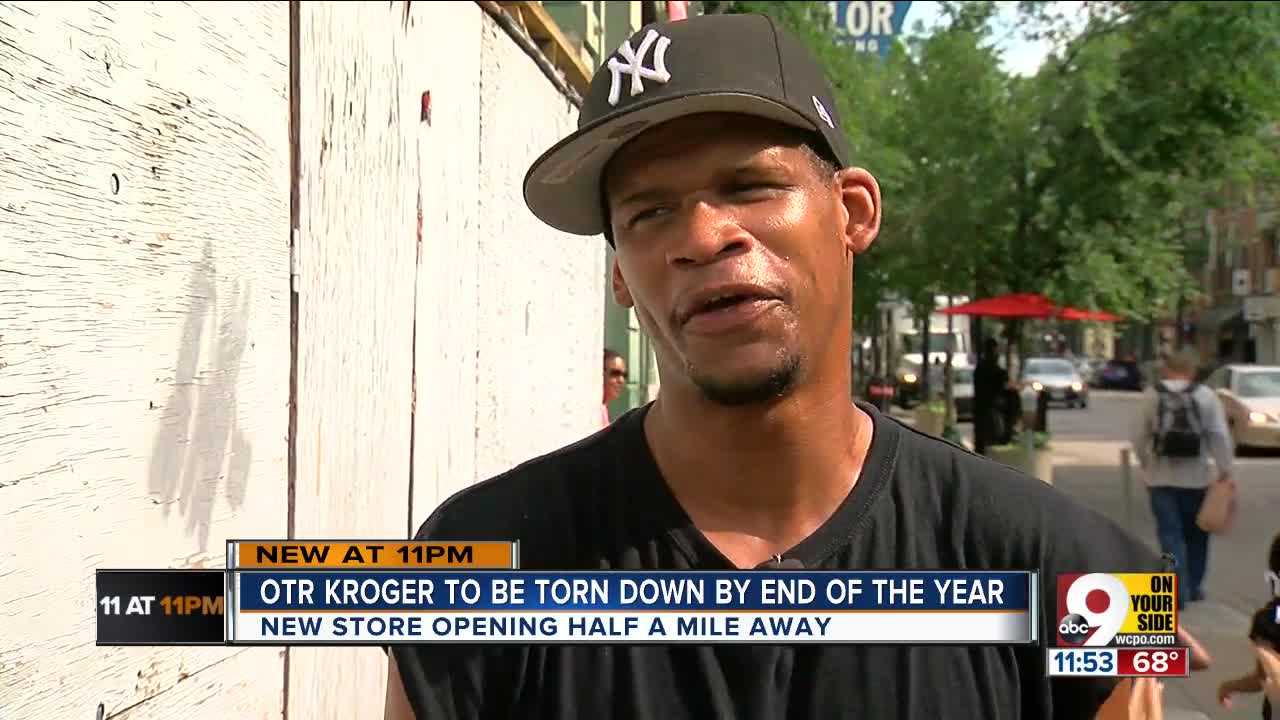 It will be replaced with parking, something Over-the-Rhine lacks. Lifelong OTR residents said they're were sad to learn it's on its way out.

CINCINNATI — Over-the-Rhine residents used to shopping at the small Kroger on Vine Street won’t have to walk much farther after it’s demolished later this year — both customers and employees will be diverted to a new location at the nearby intersection of Vine and Court streets.

Still, the news of its imminent destruction sounded a bittersweet note in the neighborhood Wednesday night.

“My granny grew up right here,” said Antonio Miller, standing outside the store. “We used to sell shopping bags right here every day, you know, for 25 cent and go to the market and get a little money to get little pops and candy.”

He wasn’t the only person who described fond memories of the store. Larry Mobley, who said he had lived in Over-the-Rhine all his life, acknowledged it would be missed.

“My whole family’s from down here,” he said. “We’ve all shopped down here. I’ve even still got family working there, friends and stuff like that.”

Kroger has planned to eliminate the Vine Street location since it opened its new shop at Court and Walnut, according to 3CDC Vice president of marketing and communications Joe Rudemiller. 3CDC agreed to take over the space and convert it into parking.

“As everybody knows, parking is something that is, you know, a big issue in Over-the-Rhine,” he said. “We felt like, to try and meet that immediate need, we would go ahead and make that a parking lot but do so in a way that we could build up on that.”

It could eventually become a garage, he added, although 3CDC had not committed to that plan.

Miller and Mobley both said that, although they were sad to see a landmark from their childhoods go, they enjoyed Over-the-Rhine’s recent resurgence.

“If my granny was still living to see the new Over-the-Rhine, she would be happy,” Miller added. “She would feel safer.”