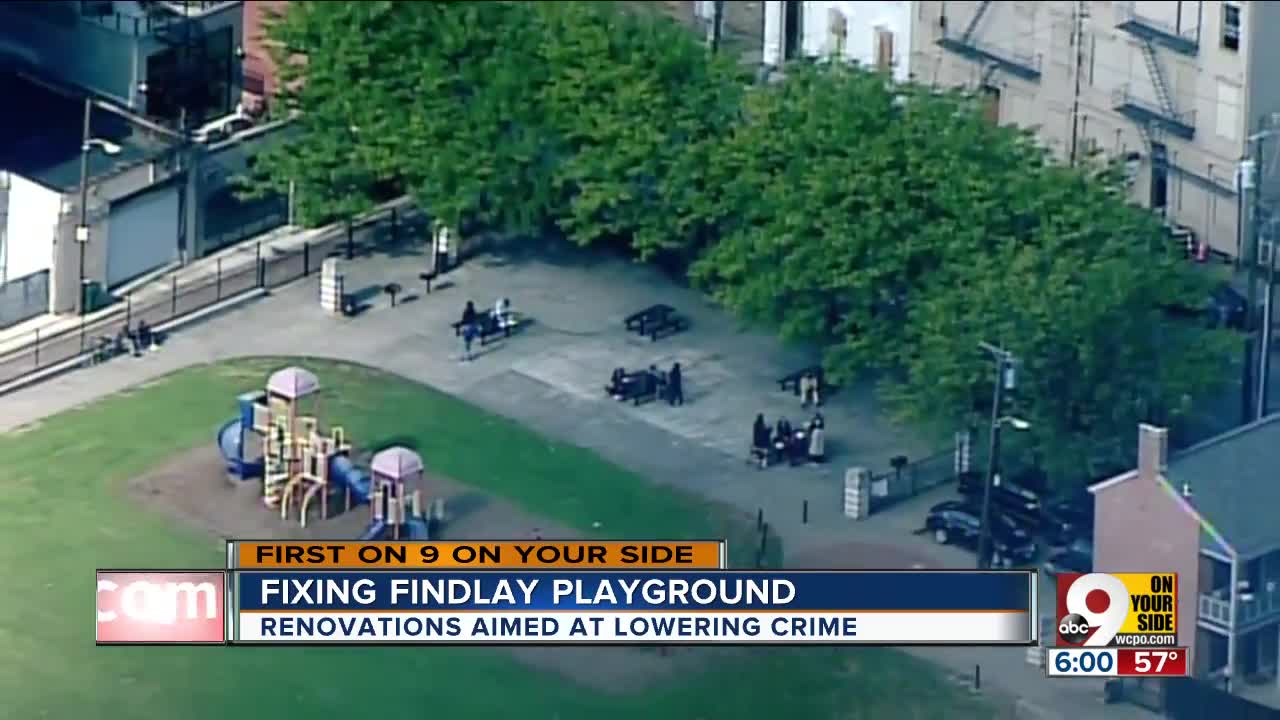 City officials plan to temporarily close an Over-the-Rhine park as part of efforts to curb crime in the area. Findlay Playground on Vine Street will close sometime in the near future, though Cincinnati Recreation Commission officials have not yet set a date. CRC Director Daniel Betts said they plan to tear up the park and hope to have it renovated by the spring or summer of 2019. 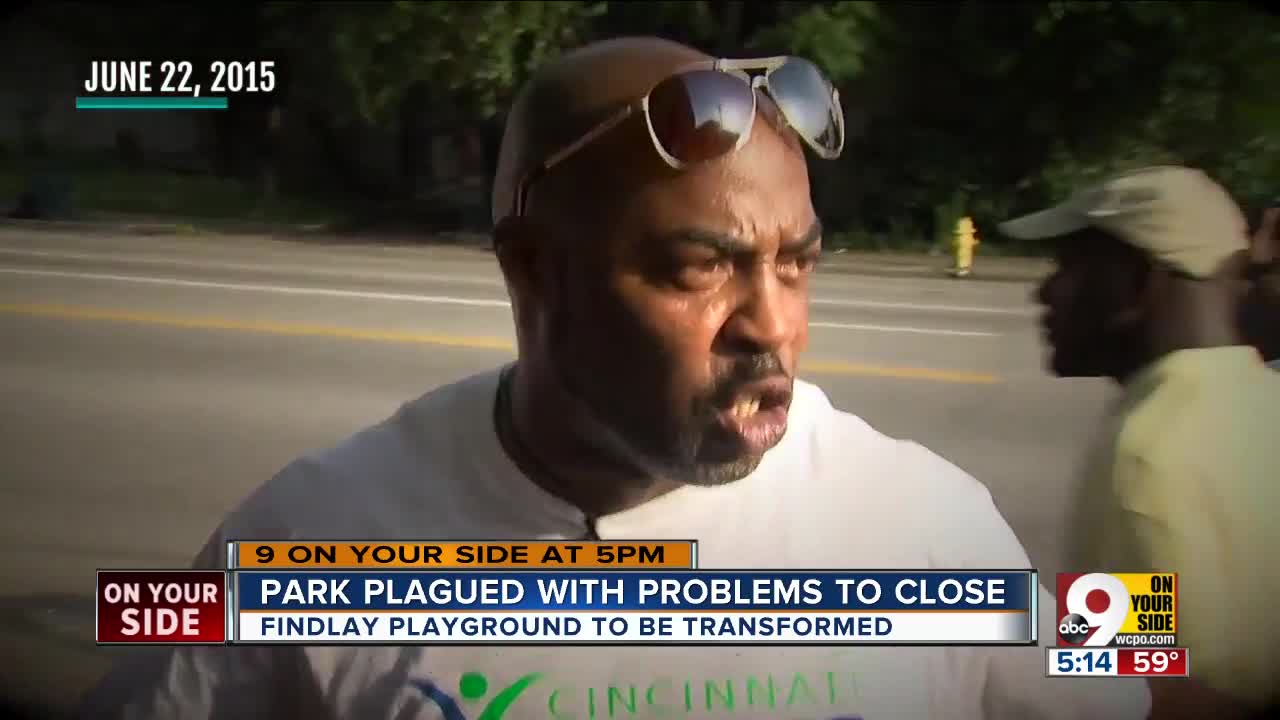 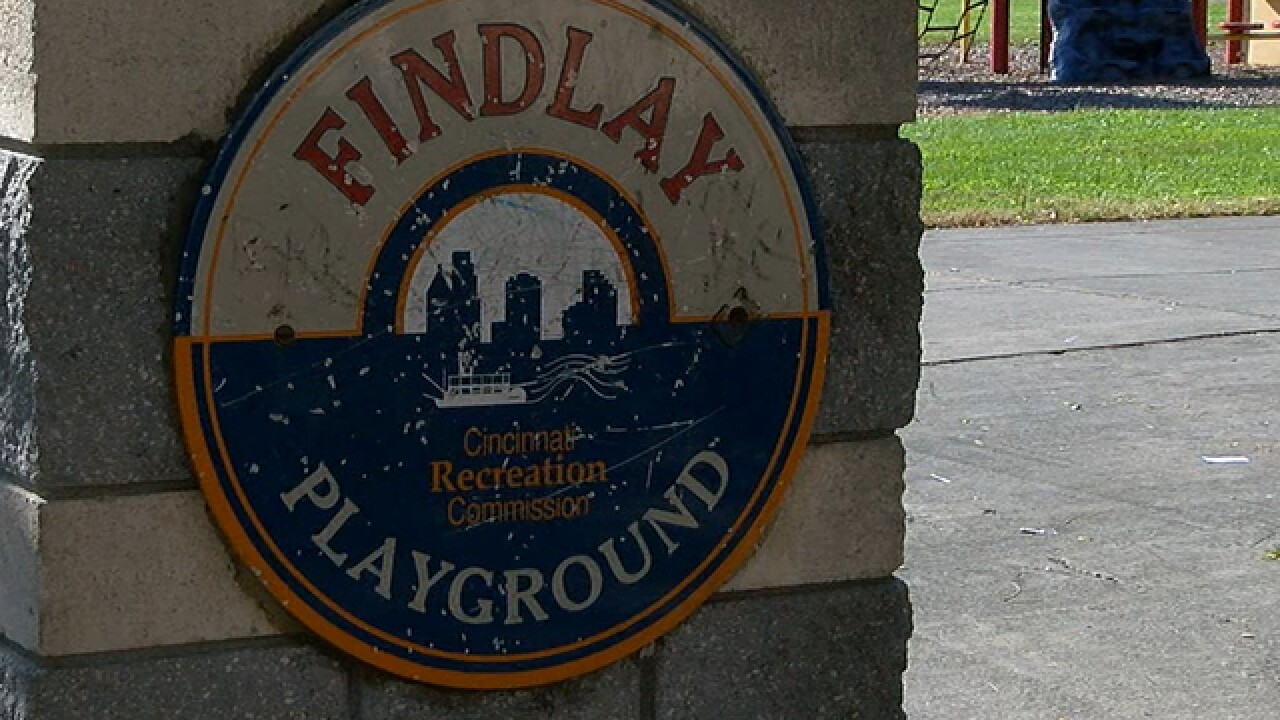 CINCINNATI -- City officials plan to temporarily close an Over-the-Rhine park as part of efforts to curb crime in the area.

Findlay Playground on Vine Street will close sometime in the near future, though Cincinnati Recreation Commission officials have not yet set a date. CRC Director Daniel Betts said they plan to tear up the park and hope to have it renovated by the spring or summer of 2019.

Police said there are longstanding concerns about violent crime, drugs and public disorder at the park. During an 18-month evaluation, from Jan. 24, 2017 to June 13, 2018, there were 3,026 calls for police service and 468 arrests within 300 feet of Findlay Park. There have been 19 shootings and 247 violent crimes within 300 feet of the park since 2016. Police also believe there is a high percentage of unreported criminal activity in the area.

"We're looking at generational issues at Findlay Park," said Capt. Lsa Davis, the District 1 commander. "I came on in 1992 and it was an issue then. I think everyone can agree the park has always been a nexus for criminal activity."

Officers have observed a "high volume" of drug use and sale during the day at Findlay Park. In a presentation about the park, police displayed photos they said showed marijuana and crack cocaine sales in the park. There have also been issues with litter, open containers and gambling, police said.

"It's been non-stop," City Councilman Chris Smitherman said. "What we want to do here is get this from the root. We clearly believe that we need a reset on the park."

The Cincinnati Police Department's Place-Based Investigations of Violent Offender Territories team has focused on the site. Police are partnering with the Cincinnati Recreation Commission "to confront conditions that support criminal behavior harmful to the community," they wrote in the presentation.

But not everyone agrees there's an issue. Laycene Hill, who was sitting with friends in the park Monday morning, agreed the park could be cleaner but said she doesn't know where she'll go when it's closed.

"Where are we going to go now? I don't want them to take the park," Hill said.

In an assessment of the park, police wrote that interior fencing and seating should be removed. Lighting should be increased. New features could include an expanded playground, a dog park, workout stations and a running track. Betts said they will reach out to the community for input on what amenities to include.

"Our goal, for CRC, is to make all of our locations -- all of them, not just Findlay -- safe places where families, youths, seniors, adults can come and recreate, an environment where they're not threatened by violence and/or drug dealing or illicit activity," Betts said.

The new design of the park could take from inspiration from OTR's Grant Park, which received a makeover a few years ago as part of an effort to reduce crime there.

"When you have that design where people are using the park, where there's guardianship of the park, you won't have that crime and disorder that we currently have," Davis said.

John Donaldson of the group Grant Park Block Watch said crime is down and families have come back there since the renovations.

"We've just stepped up and shown that people want this," he said. "People want a safe place to go, they want opportunities and they want things to do."