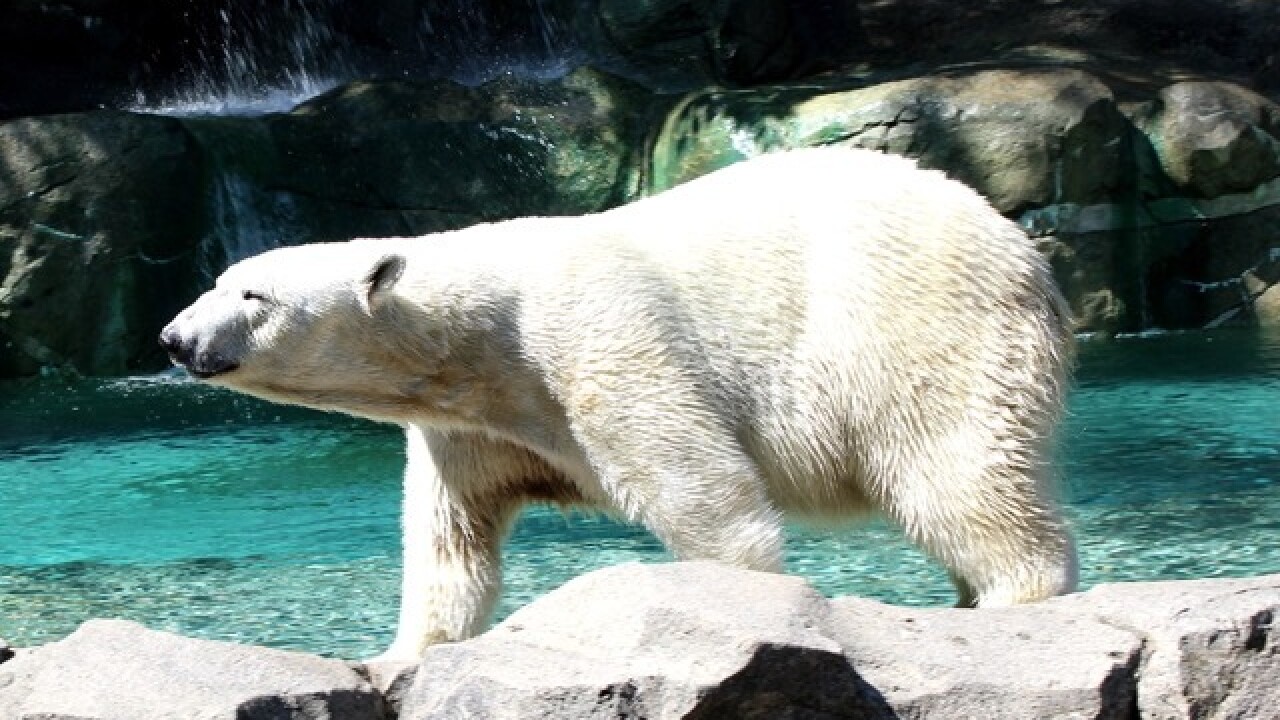 CINCINNATI — Sometimes you just need a day out on the town.

Maybe that’s why Berit and Little One, two polar bears taking up residence at the Cincinnati Zoo and Botanical Garden, broke free from their enclosure into what zoo officials described as a “behind-the-scenes containment area” late Wednesday morning.

Zoo officials were clear that the animals were never a risk to the public, but some evidence appearing on social media suggested...well, let's just say that Berit at least had plans.

It didn’t take her long to hop on Twitter and start tweeting out those plans. Here are 9 reasons we found Berit wanted to escape Wednesday:

1. She Wanted to Get Herself Out There

There’s a reason one of the first things Berit did was create a Twitter account. She wanted to get out there and make some new friends, check out all the great Cincy peeps she can usually only see walking by her enclosure, longing in her big polar bear eyes.

She's a little shy for Tinder, for now.

And she’s kind of a champion at Twitter. Lots of quick engagement and chatter with folks watching and reacting to her saga.

I like you. I really, really like you. Can't you see me running for you at full speed? https://t.co/TKXq5gGAxA

2. Because Look How Beautiful It’s Been Today

She tweeted a lot about wanting to run, run, RUN. Couldn’t imagine better weather for it, if we’re being real here:

Wanna go for a run? Maybe around the Cincinnati Zoo and Botanical Gardens? Asking for a friend. https://t.co/0W2gg7bhf8

Like most Cincinnati residents, Berit has a taste for Skyline Chili.

But just with one modification:

Bummer. Maybe @ElisBBQCincy is the way to go. You guys smoke seal? pic.twitter.com/f82gq3fuTQ

She’s not opposed to Eli’s BBQ either, apparently.

4. She’s a Bear Who Likes Her Craft Beer

She’s been hearing for months and months about craft brewery after craft brewery opening up all over the Tri-State and, you know, she just got sick of sitting on the sidelines of this trend.

Seriously: just looking for a cold @rhinegeist and a @Skyline_Chili seal coney. https://t.co/bWM9qqMHH5

She mentioned Rhinegeist and MadTree specifically, but — let’s be real — she’s got plenty of options. Given her escape attempt, she might stroll by Christian Moerlein and try out their Emancipator Dopplebock.

After scarfing down some Skyline or Eli’s BBQ, she’s got a hankering for some Cincy-made doughnuts, even if she has to wait in line for them:

She mentions hoping for some night show fame, mentioning Jimmy Fallon as someone who should pick up her story:

Whether or not he picks it up, Berit, you’ve got our attention here in Cincy.

7. Take Over the Reds’ Fan Zone

At heart, Berit is a Reds fan who likes to bust a move, and there’s no better place to do that than the Fan Zone at Great American Ball Park.

She whips. She nae naes. She crushes it:

My best trick is running fast and causing chaos. But I do know a few dance moves. Watch me whip...watch me nae nae. https://t.co/HShHhZKLee

At one point, Berit mentions stealing Cincinnati Zoo President Thane Maynard’s car, channeling her inner O.J. Simpson and getting her paws on a White Bronco, and generally dispelling what she says were “false reports” that the public was never in any real danger.

I'd hot wire @ThaneMaynard's car, but I'm told he bikes to work.

That's what the media *wants* you to believe. #PolarBearTruther https://t.co/vOqOituoVs

(Note: Again - people at the zoo were just fine the whole time.)

9. For Leo to Draw Her Like One of His French Girls

The only thing here is, later on in "Titanic," they all get into some trouble with some icebergs and other arctic things.

But she could probably deal with that.

Bear with me @WCPO, I'll be right over. @CincinnatiZoo Bear-ly caught me in time. https://t.co/Y3QTi6q6di