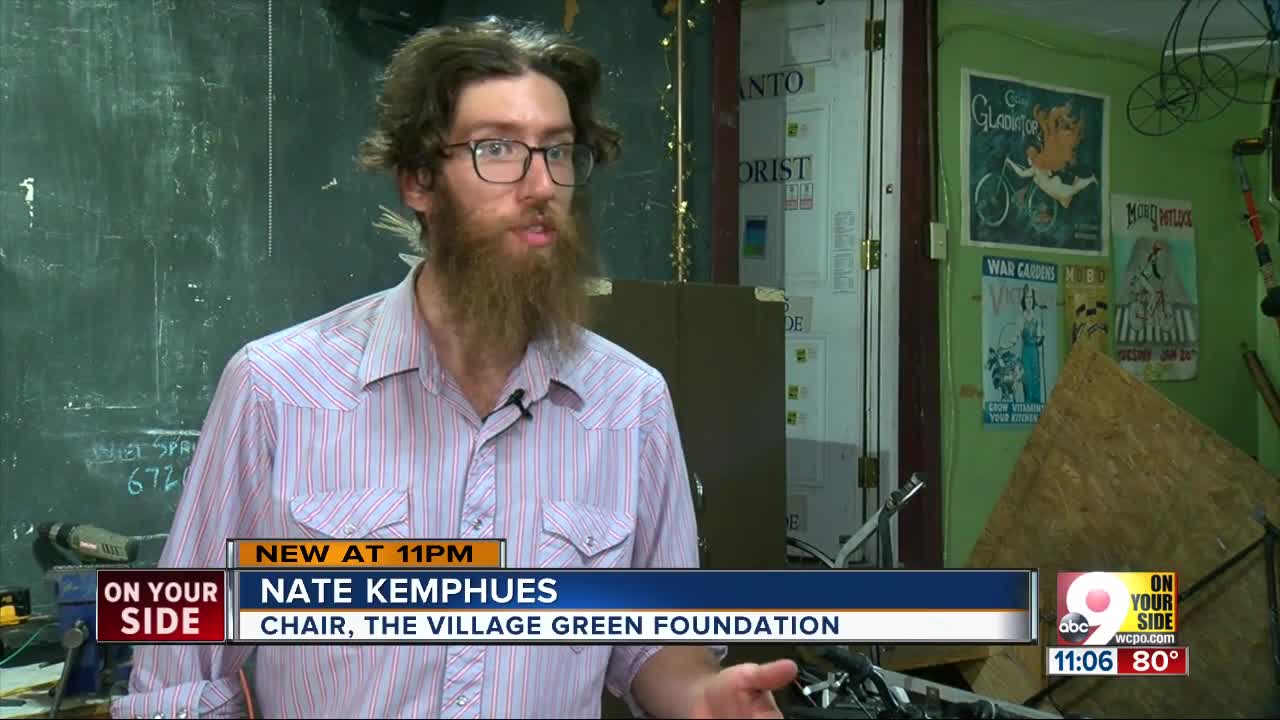 The community garden and bicycle co-op was created in the spirit of generosity. So who couldn't wait to grab a bike?

CINCINNATI — A Northside non-profit is reeling from back-to-back-to-back break-ins.

MoBo is a bicycle coop that allows people from the neighborhood to make repairs at little or no cost.

But the shop is in need of a fix itself after thieves struck on three straight days.

They took at least 10 bikes and left serious damage behind.

It was more frustrating when you realize they stole from a place that's all about sharing and growing.

"Unfortunately, somebody decided that they couldn't wait for a free bike or earn a bike themselves and instead broke into our garage three days in a row, broad daylight and snatched bikes out of there."

Kemphues is chair of the Village Green Foundation, which runs both operations.

He said the all-volunteer staff is always willing to lend a hand and help those in need. The brazen break-ins were unnecessary.

"It's more just frustrating that instead of people coming in and joining us in a positive spirit that someone wants to go out and be a little bit malicious when there's something that's here for everybody already," Kempgues said.

A local carpenter has stepped in to build new, stronger doors, and some bikes have been recovered. Police are investigating.

Kemphues said no matter how many times this happens, Village Green will remain rooted in Northside.

If you would like to help the Village Green Foundation, you can donate here.