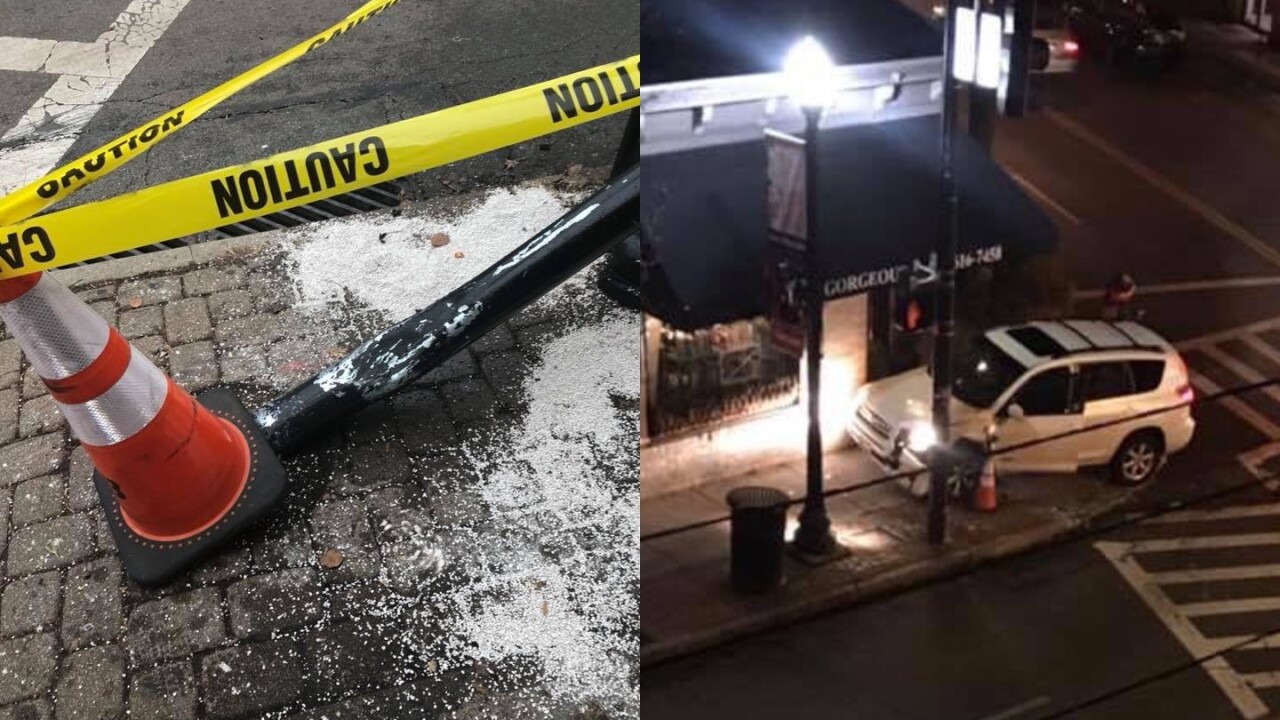 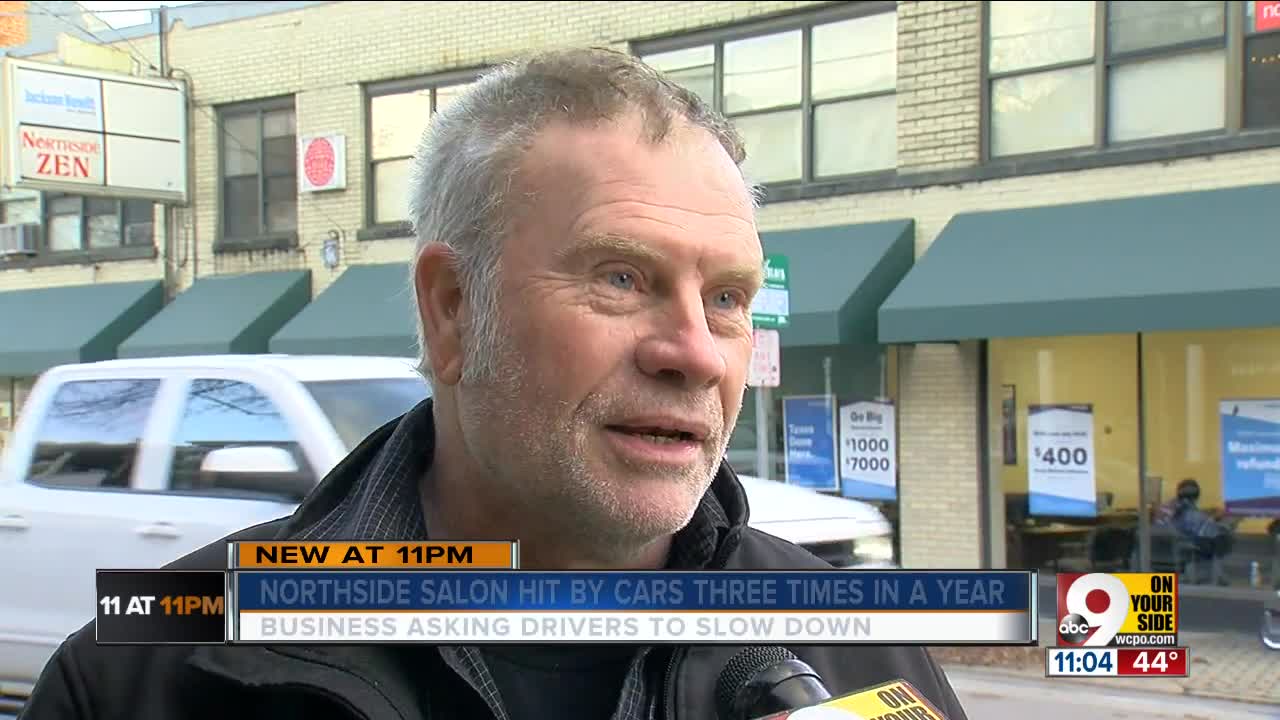 At the intersection of Hamilton and Chase avenues outside Salon Gorgeous, where a Sunday night collision ended with one car inches from the front door, he and others describe drivers’ behavior as astonishingly reckless. Casualties of speeding, close-cut corners and crashes in 2018 alone have included brickwork on the curb and a pole outside the shop — twice.

Palmer said Wednesday he worries an unlucky pedestrian will join that list if the city of Cincinnati doesn’t intervene.

“People drive through Northside, basically, like a bat out of Hell,” he said. “I think it’s time we address putting up a turn signal or some concrete barriers here or something to make people more conscious that this is a residential neighborhood.”

According to building owner John Jameson, city traffic and engineering representatives have told him in the past they don’t do concrete barriers. He hopes Sunday night’s incident will convince them to reconsider; if not, he’ll look into solutions he can implement himself.

Jameson also said the majority of crashes he’s witnessed in the neighborhood happen late at night as bar patrons attempt to drive themselves home.

Palmer, who has lived in Northside most of his life, said he believes those who frequent the neighborhood for its entertainment need a reminder not to treat it like a playground. The area felt “very relaxed and calm and safe” in his childhood, he said. He wouldn’t have worried so much, then, about being hit crossing the street.

Now, the crashes and near-misses feel like a constant.

“We’ve watched people have an accident and come sliding toward the door,” he said. “(We’re) going, ‘Oh, well. Here we go.’”