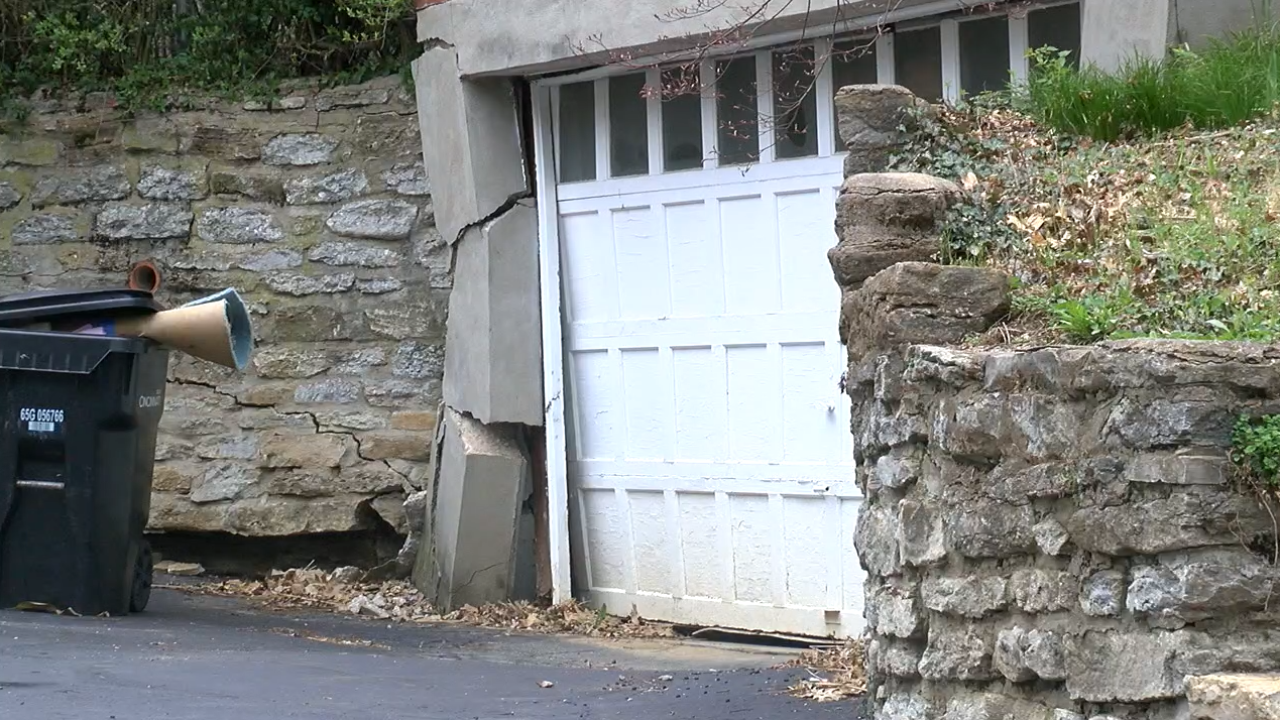 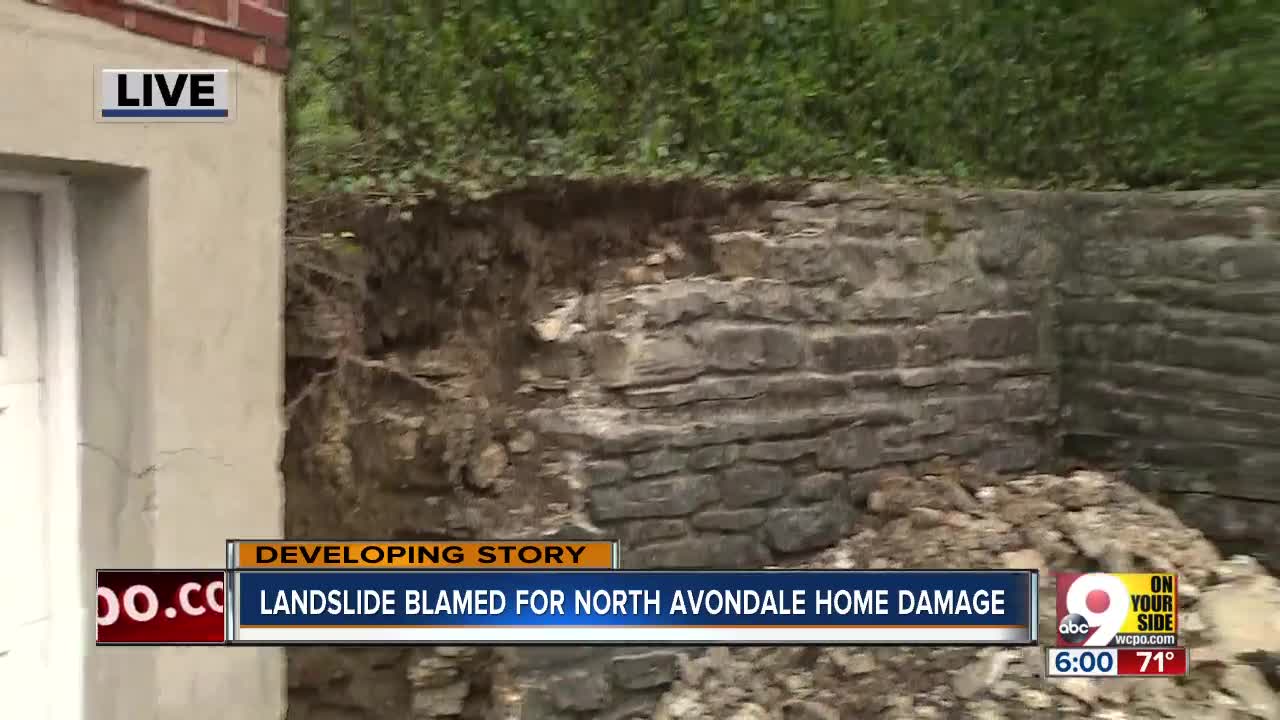 CINCINNATI — Some North Avondale residents are scrambling to raise hundreds of thousands of dollars to save their properties from landslide damage.

A hill sits in the backyard of some homes on Wess Park Drive, but slipping earth has affected four of them, prompting city officials to condemn one. Now neighbors are worried their homes could be next.

Richard McKenzie and his wife, Maria, have lived in front of the hill for 16 years and loved it.

"There was nothing but lush, beauty, just gorgeous hills," he said. "Nothing to suspect."

But now, McKenzie said "it's like Hell has relocated to our backyard."

The owners of the four homes, including McKenzie, will have to pay $326,000 to build a wall and fix the mess.

"They're talking about going down to bedrock, about 15 feet, putting pillars in to stabilize the hill from moving forward," said Timothy Lane, another Wess Park Drive resident experiencing landslide problems.

Lane grew up in his home and was living there again.

"When you're dealing with the panic of the hill, you're unrestful," he said. "Even in the middle of the night, you can sleep, but you can't rest because of what's going on."

They also can't rest because the clock is ticking. The city has given the homeowners 30 days to address the problem. It's up to them to cover the costs because the landslide is on private property, according to the city.

The city has offered relocation assistance to the owner of the home that officials have condemned due to damage from the landslide.

Eric Russo, the executive director of the Hillside Trust, a group advocating for "thoughtful use" of local hillsides, said even trained eyes may not have been able to see the North Avondale landslide coming.

"It speaks to how deep the landslide is and how much devastation it's causing," he said.

The city said 30 days is the standard time frame given to property owners who receive code violations. If a property owner is actively working to remediate an issue, the city will likely grant them an extension.

Anyone who wants to contribute to the retaining wall can mail a check made out to Tim Lane or Richard McKenzie with the memo line "Wess Park landslide donation" to Park National Bank, 1187 Ohio Pike Amelia, Ohio 45102.