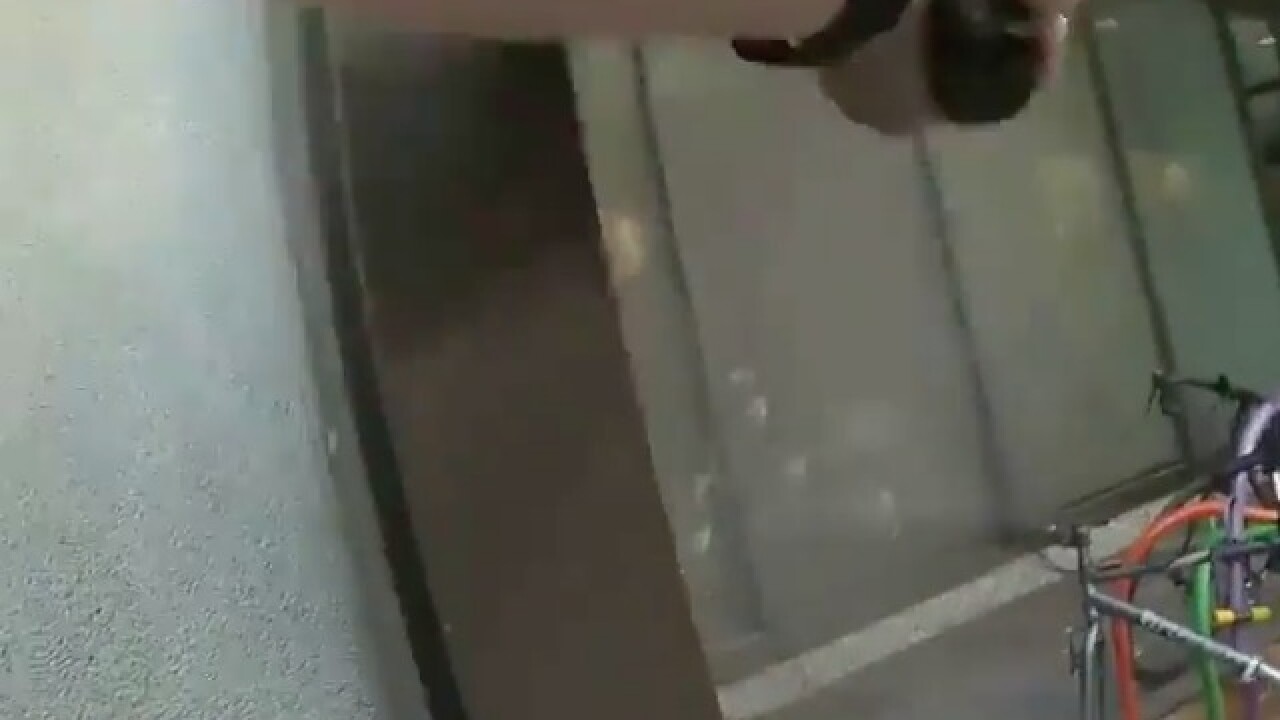 Officer Jennifer Chilton's body-camera video appears to show her open fire at 1:27 into the video, followed by other officers. One reports the "suspect down" at 1:34.

WARNING: Some viewers may find this disturbing.

The video shows the four officers, with guns drawn, walking toward the front door from the north side of Fountain Square. They don't immediately hear gunshots from inside the building. Chilton tells the officer walking cautiously ahead of her, "On your shoulder," as she puts her hand on his shoulder.

"No suspect yet," one officer reports.

Just then they hear shots inside the building.

The officer in front of Chilton runs ahead. It's not clear if he fires his service weapon across his body as he runs.

Chilton ducks behind a concrete pillar and fires what sounds like six shots from her service weapon, appearing to pierce the window with each shot.

An officer next to her fires an AR-15. After one shot, he throws it to the ground and pulls his service weapon. He takes Chilton's position behind the pillar as she steps back.

Another officer steps forward unprotected in front of the window and fires a shotgun blast.

"Suspect down," that officer says.

"Where's the shooter?"  the officer who fired the AR-15 says as he steps forward.

"Right there. I got him," says the officer with the shotgun.

The other officers want to be sure, so the one who fired the AR-15 ducks up to the window with his gun extended. He appears to peer inside through the bullet holes.

"Make sure. Make sure," says another voice.

"We've got people down inside!" shouts the officer looking into the window.

A voice on the police radio warns them to watch out for another shooter.

The officer retreats from the window and seconds later he can be seen through the glass walking into the lobby.

Police blacked out a corner of the video that might show a body.

Two other people were wounded, Whitney Austin, a Fifth Third Bank vice president, was shot 12 times. She and the other wounded victim, Brian Sarver, went home from the hospital this week.

RELATED: Everything we know about the Fifth Third shooting.