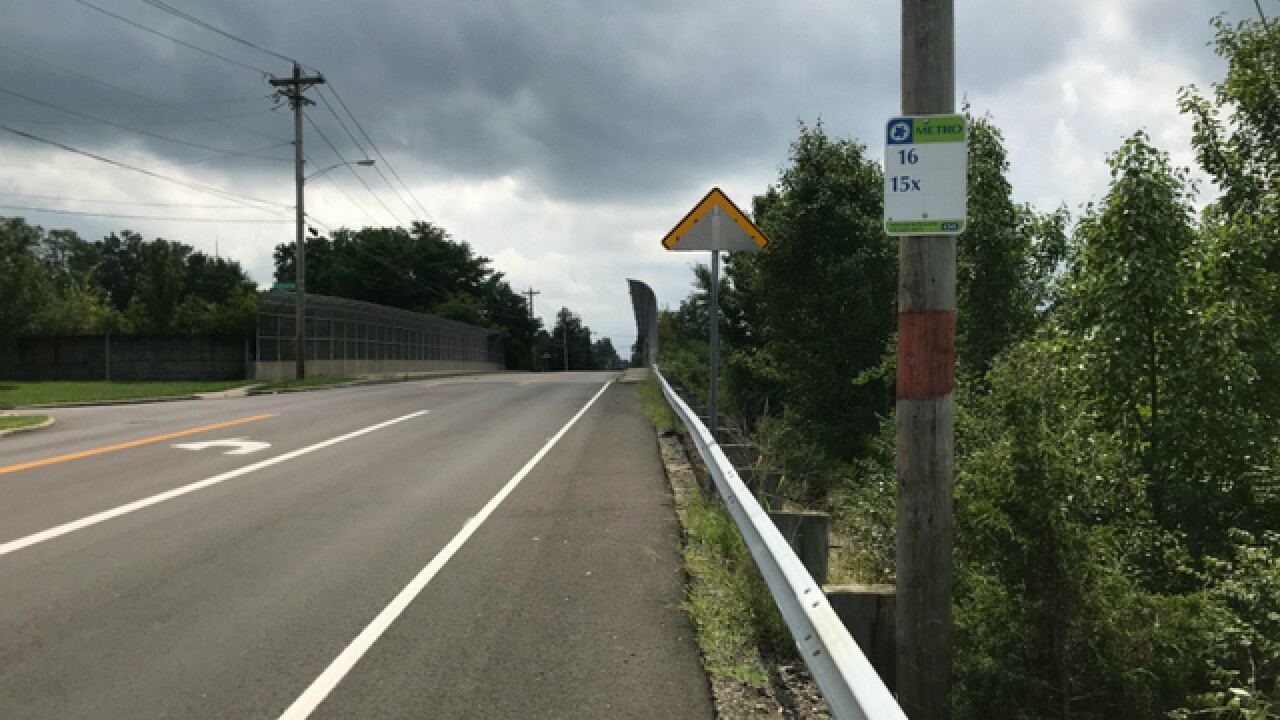 SPRINGFIELD TOWNSHIP, Ohio -- The Cincinnati Metro bus service on Wednesday escaped having one of its stops named the worst in North America on a technicality.

Instead of waiting for voters on the transit-focused site Streetsblog USA to decide whether the roadside Daly Road stop, which sports no sidewalk, benches or shelter of any kind, was "sorrier" than one in Vancouver, Metro moved it.

Now, it's nearer a sidewalk, and people who would use that stop no longer have to choose between waiting on the side of the street or climbing over a guardrail into the roadside weeds. However, Better Bus Coalition co-founder Cam Hardy said that doesn't solve long-standing problems with the cash-strapped Metro system as a whole.

"We have a bus system that does not connect people to the needs of today, and our bus stops show it," he said. "There are some bus stops that shouldn't be bus stops, but routes need to run that way. On the other hand there are routes that are outdated."

Whether they're located on the shelter-free weeds or across four-lane roads with no crosswalks, bus stops in Cincinnati can range from the baffling to the genuinely dangerous. Some Metro riders, who tend to have lower incomes than people who take other forms of transportation, said proper lighting and resource management are issues, too.

"There's some bus stops that you have to question the safety of them," rider Stan Ford said.

For their part, representatives of the Cincinnati Metro were apologetic and issued the following statement:

"We apologize for the inconvenience and unsafe condition this may have placed on our riders. We are currently in the process of evaluating all of our 4,000 plus bus stops to ensure they are located in the most safe and ideal locations. "

Hardy says he hopes they mean it.

"(The current system is) like ‘Here you are, poor people. Take this and here you are,'" he said. "And that's it. We have to change that."