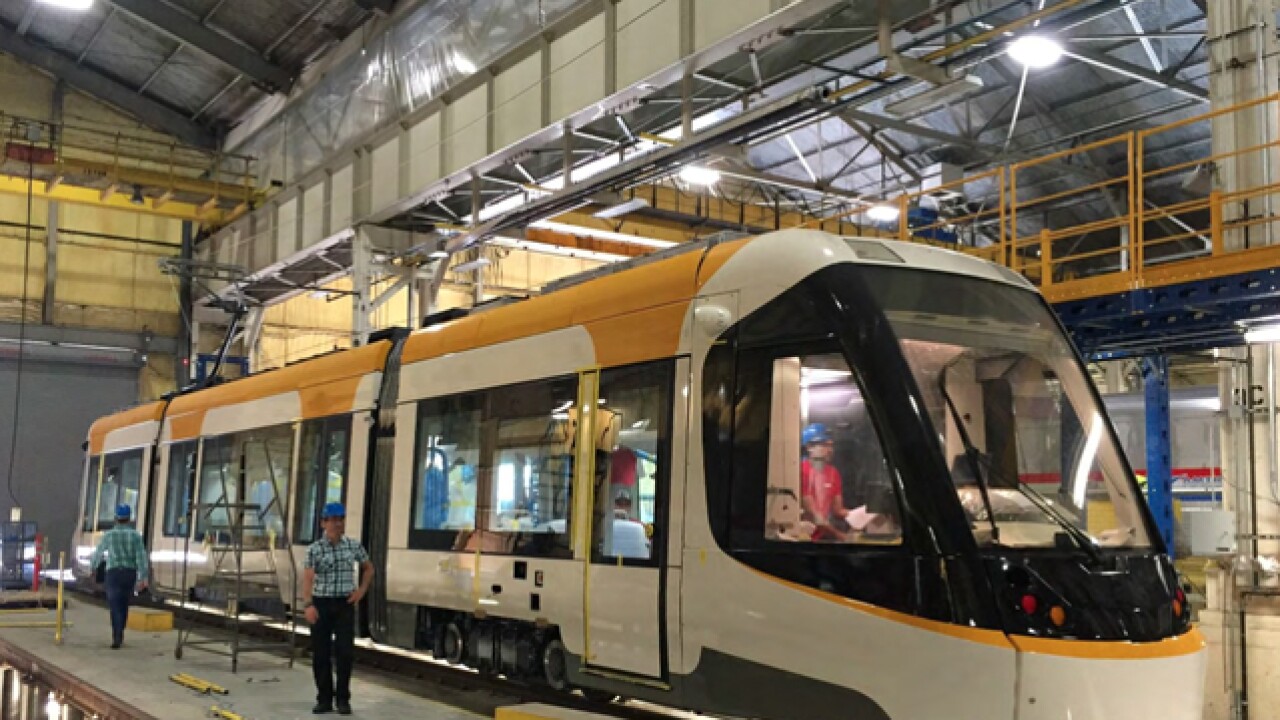 CINCINNATI -- The city is withholding more than $500,000 from the manufacturer tasked with building and assembling Cincinnati’s five streetcar vehicles, citing missed delivery deadlines, according to a memo issued Wednesday.

Black said the city would withhold the amount due to date. He said a final amount was not yet available because CAF is still accruing damages related to the late delivery of spare parts and manuals for streetcar operation.

City leaders first expressed concern to CAF last July, when it became apparent that delivery of the city’s streetcar vehicles would occur after the originally agreed upon Sept. 2015 deadline. The first vehicle arrived in late October.

Project leaders toured CAF’s Elmira, New York, facility in late August and returned “cautiously optimistic” -- as Black put it in a memo shortly thereafter -- that the streetcar’s projected launch would not be affected.

Black emphasized Wednesday that the streetcar project is on time and on budget.

Transit authority officials told council’s transportation committee Tuesday that two of the five vehicles have already reached the 310 on-track test miles required for public use, with the other three currently undergoing testing.

Black called the damages “not uncommon among these types of contracts,” and called the city’s decision to without sufficient funds to offset those damages a “step to ensure good stewardship of public funds.”

Black said the final amount of damages accrued will be determined at a later date, once the contract is closed, but did not indicate how the collected damages could be used.