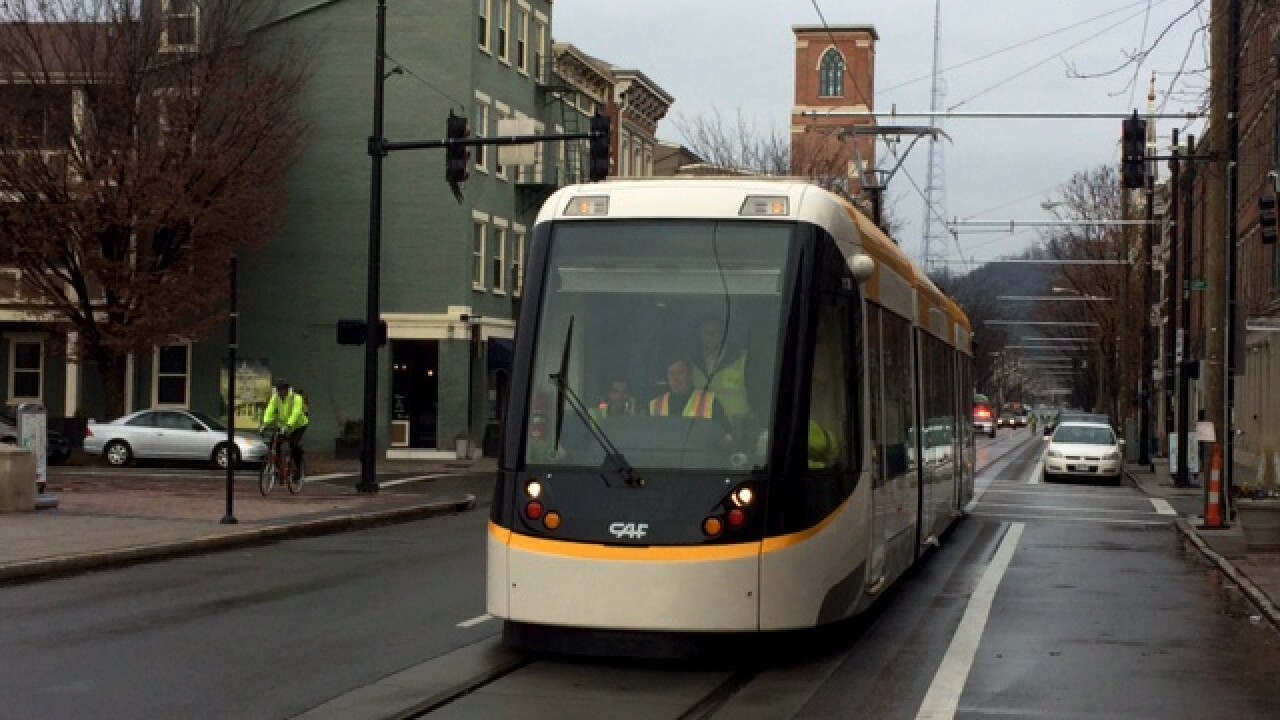 CINCINNATI -- Turns out, the price tag for building the streetcar wasn’t as high as originally thought.

The savings mean a big boost for the project’s contingency fund: Previously at around $500,000, this budget update will add an additional $2.5 million to the contingency.

And project leaders already have their eye on some ways to use the additional funds, Black said. While its use will most likely be subject to federal approval, city administrators identified four key areas where this money could go.

The city will use about $550,000 to pay itself back the startup costs for launching the $148 million project. Those startup efforts cost the city roughly $1 million, and this additional reimbursement would make up the difference of what’s already been paid back.

It would also mean an additional $1 million added to the reserves meant to fund ongoing upkeep as the streetcar starts passenger service next month.

The remainder will be used to retime the Downtown signaling system that directs streetcar movements through traffic at intersections as well as to provide specialized equipment for things like street cleaning and snow removal along the tracks.

Pending approval from the Federal Transit Authority, funding these items would leave about $700,000 in the project’s contingency.

Black made sure to emphasize that, just as these items came in under budget, the project is still ongoing and additional needs or savings might arise.

Since the project broke ground in 2012, about $9 million has been allocated to completed or pending contingency projects.

Tuesday's update to the contingency budget came not long after Black announced the city was withholding roughly $500,000 from CAF USA , the manufacturer that built and delivered the streetcar vehicles, due to missed delivery deadlines.

Despite the delays, leaders said the streetcar project continues to progress on time and within budget. The streetcar is scheduled to open for passenger service Sept. 9.