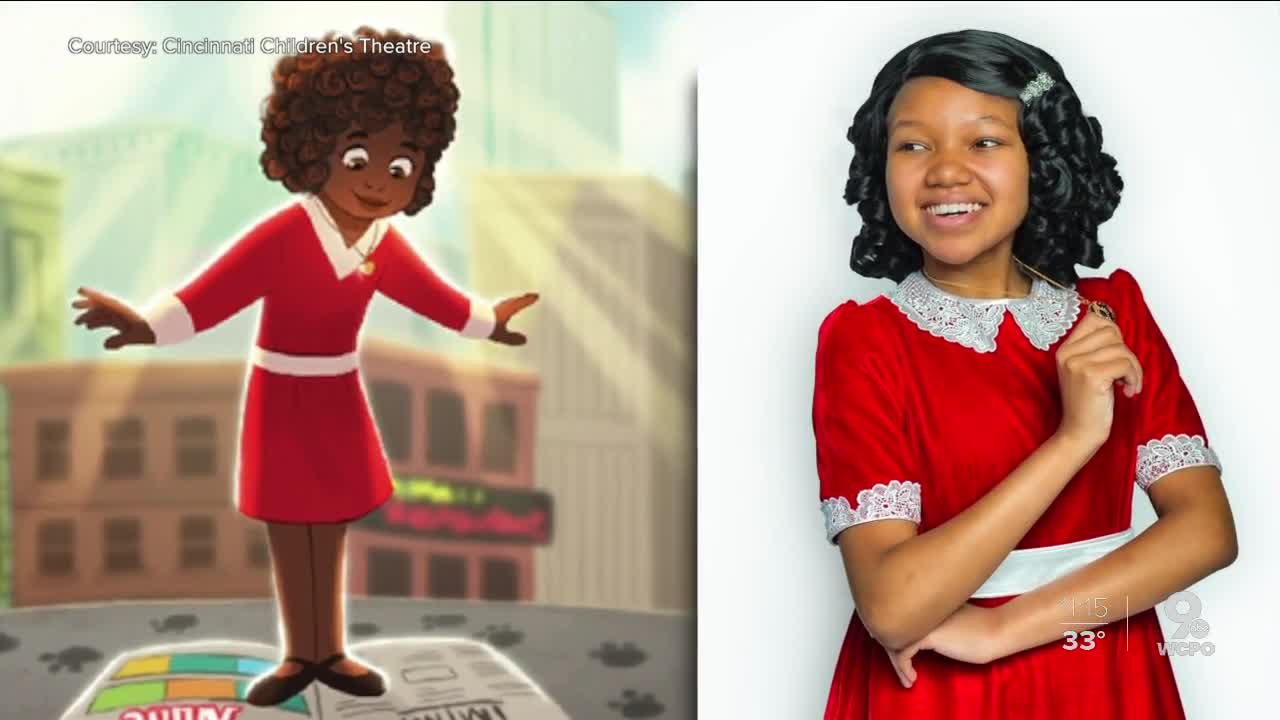 When she was younger, “my grandma would do my hair and we would watch old movies, and one that was on repeat was ‘Annie,’” she said.

She knew she needed to audition as soon as her drama teacher told her Children’s Theatre would be staging it in spring 2020. With help from her teacher, she sent in a video audition, attended a live callback and — a week later — got the good news.

She was a natural fit, director and choreographer Eric Byrd said.

“One of the best things about my job is when we discover new talent in the city that we didn’t know were around and out there, and that is truly the case for Diana,” he said. “We wanted to make sure we saw everyone in town who had the chops to do it, and when she walked in, she just blew us all away with her vocals and her maturity and her professionalism.”

The show opens Feb. 29. In the meantime, Hutchinson will attend 18 hours of rehearsal each week, stay on top of her homework and (hopefully) find time to hang out with her friends.

“It’s been a hard time to balance, but I’ve noticed that I can actually do it,” she said.

She’s excited to be the first black actress playing the role on the Taft Theatre’s stage, she added. Although she’s loved musical theater all her life, Hutchinson said she’s noticed a lack of color even in her favorite shows. The first professional-level production she saw with a large number of black performers was “Ragtime,” in which her older sister performed five years ago.

“It really changed my whole perspective on what I can do and what I can’t do,” she said. “Because seeing my sister up there on the stage really put something in me to know I can also do it. I can be on the stage and change lives.”

She hopes other children in the audience will be inspired when they see Annie take the stage with a head of dark curls.

"I just want them to know that someone that looks like them is doing it,” she said. “At such a young age, I get the chance to do that for them and I'm just so proud and honored to be able to do this role for them."

Anyone interested in attending a performance of "Annie," which will run on weekends Feb. 29 - March 8, can learn more and purchase tickets via the Children's Theatre.