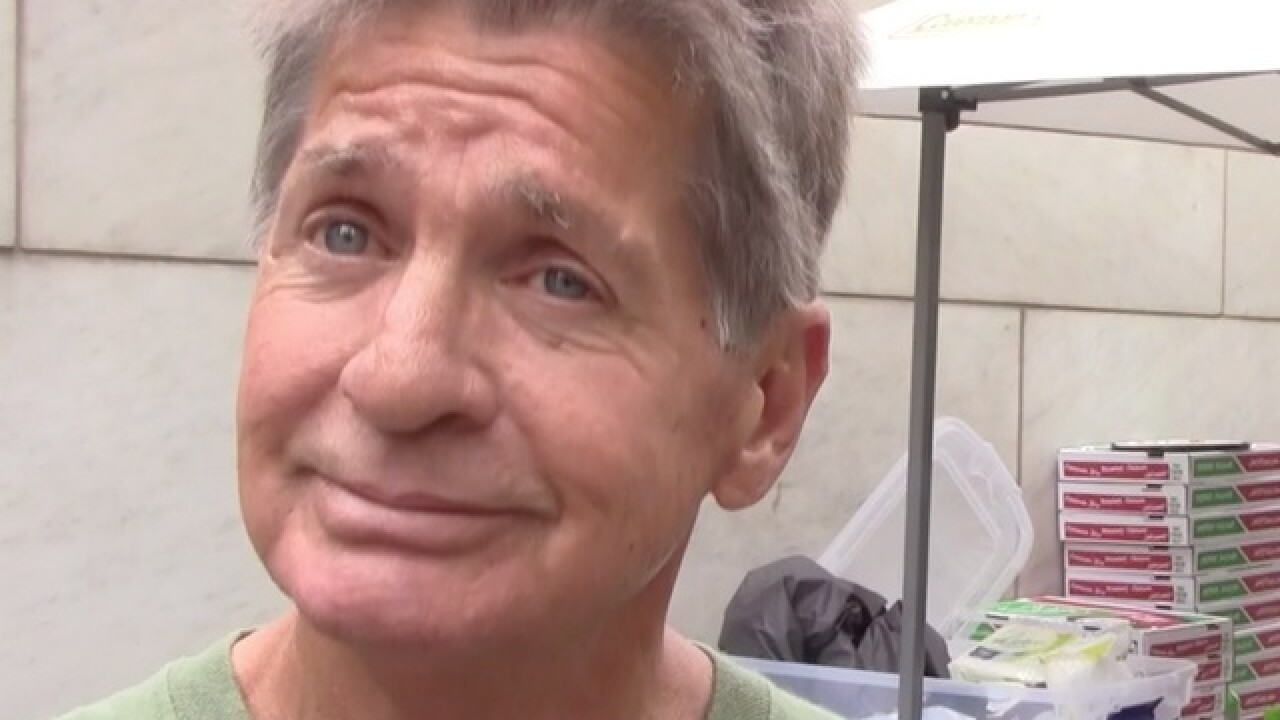 Copyright 2017 Scripps Media, Inc. All rights reserved. This material may not be published, broadcast, rewritten, or redistributed.
<p>Ken Martin. Screengrab from video by Lucy May.</p>

Ken Martin, who was experiencing homelessness, was unresponsive when police came across him early the morning of Dec. 27. The temperature was below freezing.

"This alone could have resulted in his death, but he had the additional findings and situation that clinched his death on that night," Stephens told WCPO via email.

Specifically, he would have passed out from having drank too much, and he was at an unheated bus stop on a winter night. Stephens also found Martin suffered from Wernicke-Korsakoff syndrome, commonly found in alcoholics, as well as chronic lung disease.

Nearly a year ago, in May, WCPO reporter Lucy May interviewed Martin for a story on Maslow's Army. It's a nonprofit that helps people experiencing homelessness in Greater Cincinnati.

Martin had said that, before Maslow's Army, "he was living in a doorway or under a bridge." He said he experienced homelessness for four and a half years prior to finding Maslow's Army.

Sam and Susan Landis, the organization's co-founders, said Martin battled addiction, "had a slip in August" and and wasn't able to fully recover.

"We all knew that Ken Martin battled with alcoholism, so it certainly would be in the toxicology report that there was alcohol in his system," Sam Landis said.

If police had found Martin in the summertime, the Landises argued, it may have been a different story. But Martin didn't have a warm place to recover that cold night after Christmas.

PAST COVERAGE: Is Cincinnati doing enough to help the homeless?

The couple wants Cincinnati to have a daytime center where people like Martin, who have addictions or mental health issues, can go to escape the weather, hunger and other dangers.

"He was a victim of elements, and I really want justice for Ken because he was such a good guy," Susan Landis said.

Martin said the organization helped restore his self-respect and dignity. At the time of the interview, he was four months sober and had housing.

"I followed the stories about him and Maslow’s Army," Stephens said, "and am sorry that with the help of others, he still did not succeed in being sober and met a sad end."