Local tattoo artist arrested with protesters, despite not being involved 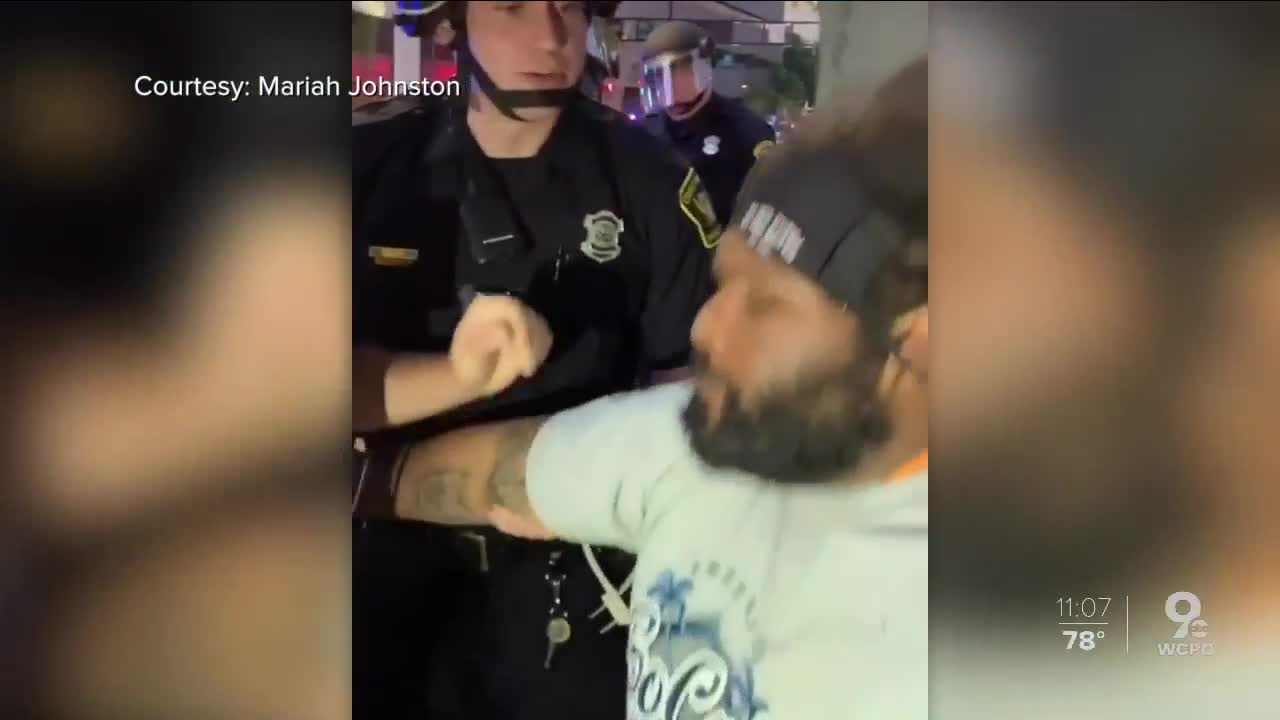 A local tattoo artist said he was arrested outside the shop he works in downtown in the midst of multiple people being taken into custody.

CINCINNATI — A local tattoo artist said he was arrested outside the shop he works in Downtown in the midst of multiple people being taken into custody.

Jamison Walker admits he was outside Black Fern Tattoo, where he works, shortly after curfew on Sunday. He was finishing a special painting – a list of the names of African-Americans across the country killed by police or in other confrontations – with the building owner’s permission, when police arrested him.

For Walker, art is more than skin deep. When the protests began, Walker and other coworkers used the front of their Court Street business to showcase their support.

"So that we can show the people that we're with them," Walker said.

He said he was nearly done when officers showed up to arrest protesters breaking curfew. Walker said he asked an officer’s permission to finish painting and thought he was in the clear. He wasn’t.

In video of the incident, officers can be heard telling Walker’s coworker Mariah Johnston to go inside. Walker said another officer blocked his path.

“When I did turn around, they pushed me up against the glass and then pulled out the taser,” Walker said.

Johnston tried to explain to the officers that Walker was working.

"It was all emotional. I started crying. I started screaming," she said.

Johnston, who was also outside and was not arrested, recorded the video.

"This is going to hurt really bad,” Johnston said. “I'm going to see him in pain over a curfew."

Walker was charged with misconduct at an emergency for breaking curfew and spent the night in the Hamilton County Justice Center.

Days later, Walker, who grew up wanting to be a police officer, still doesn’t think the confrontation had to end in an arrest.

"I'm not one to fear people, and in that moment I was so fearful because I knew I couldn't fight back,” Walker said. “Even though you could see in the video, I'm yelling, 'I work here. I'm a father of two. I'm not the aggressor right now. Listen to me, just listen to me.'"

The Cincinnati Police Department had no comment on the incident and said they would let the case play out in the courts.