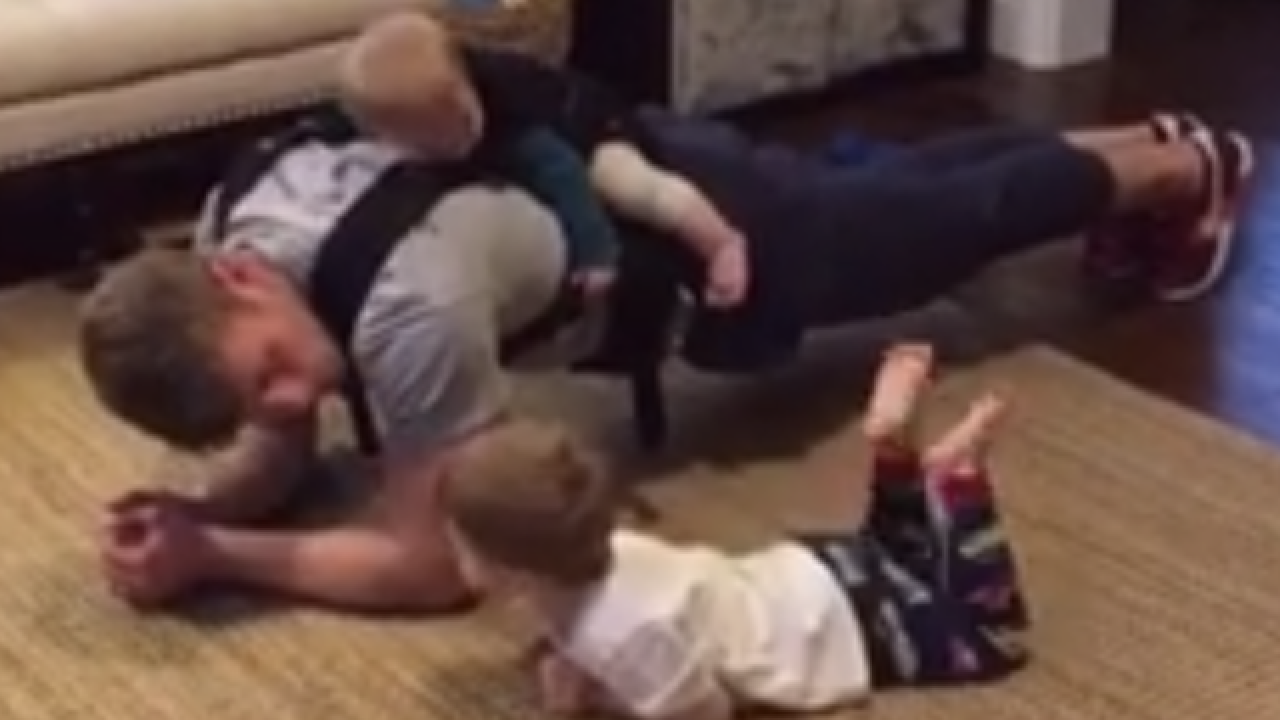 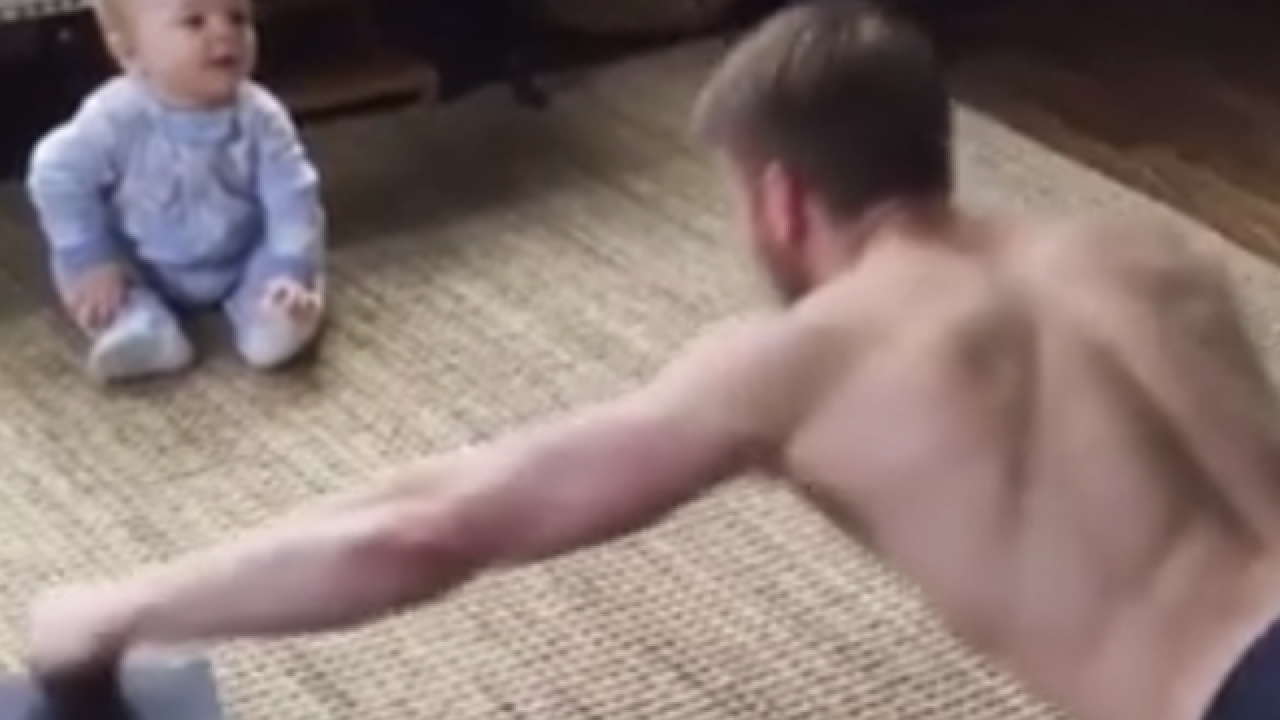 CINCINNATI -- A local fitness entrepreneur's sales are through the roof after a video of him working out with his two small sons has garnered nearly 22 million views.

"We were really surprised at how quickly our kids took to working out," Flyup Fitness founder Brent Kruithof said. "They saw mom and dad being active, and they saw us doing exercises, and immediately they started mimicking us."

Kruithof shows off his proprietary exercise product in the video while one son crunches, planks and somersaults alongside him and the smaller son rides on his back.

"Seeing how well Geo, especially -- our 2-year-old -- has responded to it, it seems like such a no-brainer -- that he has energy to burn, and we want him to sleep at night," wife Katie Kruithof said.

The Flyup Fitness website describes the Flyup as a "slide pad" that can be used on hands, feet or knees to do dozens of functional training exercises using only body weight. The company claims "all movements engage multiple muscles at once with a emphasis on the core to tighten and tone your stomach while burning calories and strengthening muscles."

A note posted to Flyup Fitness' website says "unexpected high demand from a video circulating on Facebook" is causing delays in shipping and delivery of its exercise product while the company's small team (a young family of four) works to increase production.

"We were really overwhelmed with the response that it got," Kruithof said. As of last week, he said, his family was selling about 60 Flyups a day.

Kruithof quit his job as an accountant to launch a fitness startup in July 2012 and be active with his family instead of at a gym away from them. "I wanted to create something that would give me a great workout at home, but it must also be fun and versatile so that my wife and kids can be active with me. As a father, I want to set a healthy culture at home," Kruithof wrote on his website.