Kasich had conversations about moving Cincinnati airport to Wilmington 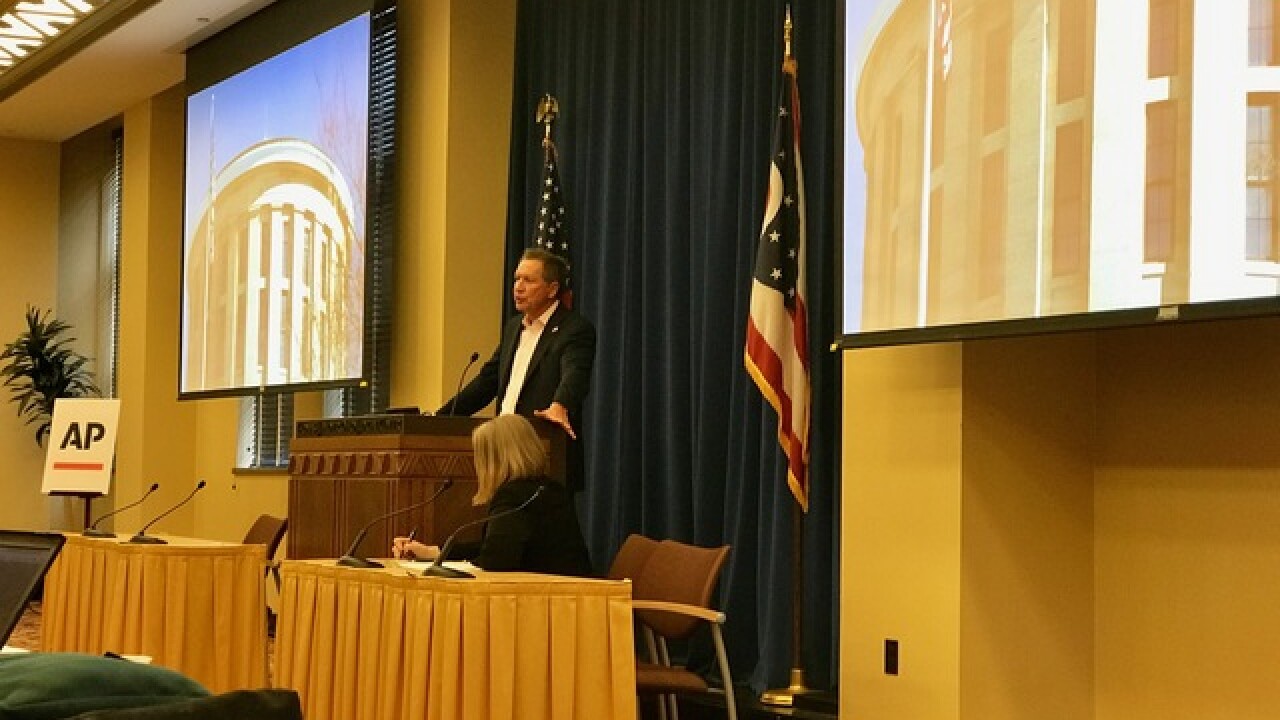 COLUMBUS, Ohio -- Is an international airport coming to southwest Ohio?

Maybe, if Gov. John Kasich has his way.

Kasich said the lack of international flights out of the region's main airport and other airports in Ohio creates a "big big challenge" for businesses looking to put down roots in the area.

The governor's comments come a day after CVG announced Amazon Inc. will invest nearly $1.5 billion in a new cargo hub there.

RELATED: What's next for Wilmington after Amazon deal?

Kasich added the people who he held discussions with were uninterested in relocating the airport to Wilmington due to the added commute. He did not say what would become of the current airport if a new one were to be constructed in Wilmington.

Mindy Kershner, spokesperson for CVG, says while she can’t comment on the logistics of such a move, the airport is already positioned at a location best suited to serve customers.

“We’ve provided great air service for the Cincinnati/Northern Kentucky region for 70 years, and we intend to long into the future” Kershner said. “About 60 percent of our passengers are from Ohio, 30 are from Kentucky, and 10 percent are from from Indiana, so we attract folks from all over the Tri-State region.”

She added that CVG is the only airport in Ohio, Kentucky or Indiana that has direct transatlantic service, with a direct flight to Paris.

WCPO reached out to Kasich’s office for further comment, but has not yet heard back.

Connor Perrett is a fellow in the E.W. Scripps School of Journalism Statehouse News Bureau. You can reach him at connor@connorperrett.com or follow him on twitter at @connorperrett.