Some in DuBose family not happy with money split 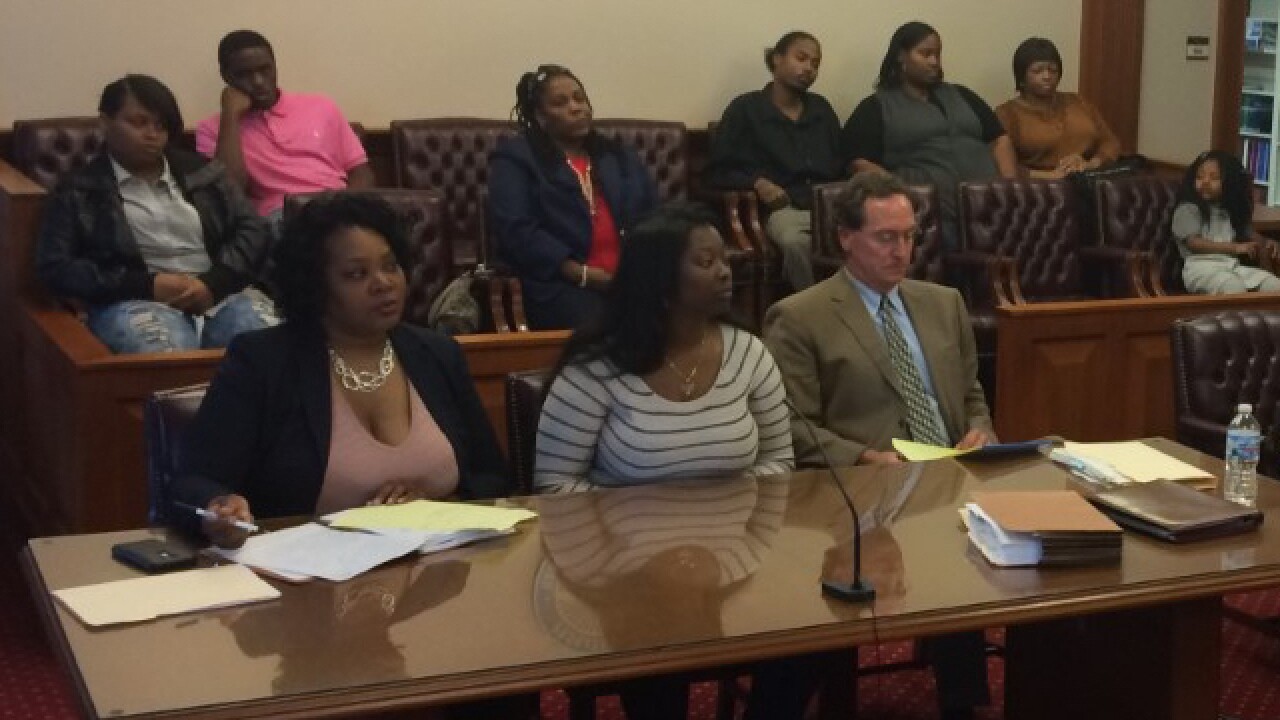 CINCINNATI – Twenty-one family members get to share in $3.16 million, but not everyone is happy with how a probate judge split the money.

After the attorneys get their cut, the 13 children of Samuel DuBose, who was shot and killed by a UC police officer last summer, will receive the "lion's share" of the $4.85 million awarded to DuBose's estate earlier this year in a settlement with the University of Cincinnati,  Judge Ralph Winkler ruled Monday.

Some family members expressed hard feelings during the process and some of those feelings hadn't changed Monday.

DuBose's mother, Audrey DuBose, objected to including one of  two sisters on his father's side.

"She might have knew my son five days and don't even know my name," Audrey DuBose said. "Yes, it don't matter. It don't matter. But that was not right."

After the family agreed to the settlement - including free tuition for DuBose's children -  his mother had told WCPO that people were coming out of the woodwork to claim the money. In fact, two more children came forward - one adopted by a single mother and another who didn't establish paternity until age 23, according to Winkler's ruling.

DuBose’s 18-year-old daughter, Raegan Brooks, who was appointed administrator after DuBose's parents fought over it, was awarded an extra $20,000 even though she only asked for $10,000. She took flak from all sides and admitted it was hard.

"Sometimes I just wanted to walk out just hearing stuff. It was basically putting a price on my daddy's life and all of the memories that we had," Brooks said.

Winkler said he did "the best job I could do with the information I had and I feel good about the decision." But the judge also made it clear he didn't relish the job.

"How much money is the life of a man worth to his children, his parents, his siblings?" Winkler said before announcing the split. "Answering this question at all diminishes the value of life ... but it is my duty as judge."

Noting that DuBose fathered 13 children with 11 different women, Winkler said the children suffered the greatest from DuBose's death and expressed hope that his ruling would lead to healing within the family.

"The decedent’s lifestyle resulted in family in which many members had not met each other before his death. The court's hope at this time is that the family members can heal both individually and collectively and that new bonds and relationships can be formed," Winkler said.

In his ruling, Winkler acknowledged the unusual circumstances involving the two additional children but would not exclude them. He also explained why DuBose's mother should receive more than his father. He said DuBose had a "good relationship with his mother throughout his life and he loved her dearly." On the other hand,  DuBose's father was "only marginally involved" in his childhood and didn't become acquainted until DuBose became an adult.

Attorneys got more than 34 percent of the settlement award. The judge awarded $1.67 million to attorneys and ordered $10,781.01 applied to funeral and burial expenses.

The judge ordered that shares for DuBose's minor children go into a trust until they are 25.

The officer accused of killing DuBose, Ray Tensing, is charged with murder and is scheduled to go to trial in the fall. Last July, Tensing shot DuBose in the head at point-blank range after pulling him over for not having a front license plate on his car, according to prosecutors.

The stop and the shooting were captured on Tensing's body camera.

As part of the settlement, UC is obligated to place a memorial to DuBose on campus. A bench is planned, but the site and design are pending.

"That will say to the UC community, 'This man mattered. He had dignity and this family will be forever remembered on the UC campus for something that should have never happened,'" said attorney Al Gerhardstein.

Now that the estate is settled, the family can come together, said attorney Michael Wright.

"They are going to support one another," Wright said.