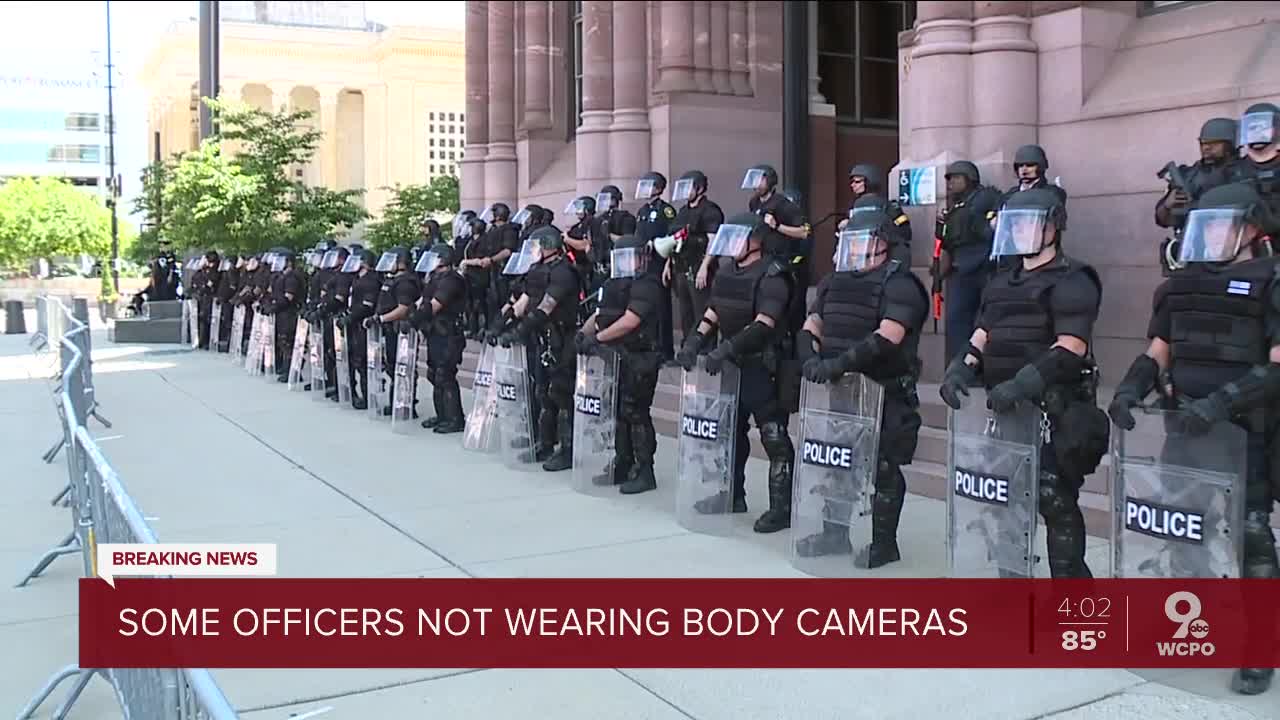 CINCINNATI — Not every Cincinnati police officer working the protests is wearing a body camera, according to Chief Eliot Isaac.

“There are some officers that are not assigned body cameras,” Isaac said. “Most of our patrol officers, they all have body cameras. It’s very difficult for an officer to wear body cameras when they’re covered in their turtle shell … but on each of these incidents there is usually someone on the scene that has a body cam.”

Tuesday marked the fifth consecutive day Cincinnatians protested the Minneapolis police killing of George Floyd and other instances of police brutality in the United States.

The mayor of Louisville fired Police Chief Steve Conrad on Monday after two police officers involved in the fatal shooting of David McAtee, a black BBQ restaurant owner, did not turn on their body cameras.

"But yeah, when they’re in certain gear, it doesn’t fit, you know," Cranley said. "And that’s, it is what it is. But there’s plenty of videos going around anyway, and obviously most of our officers are wearing body cameras. "

The Cincinnati Police Department spent millions on upgraded body cameras earlier this year. The new technology was rolled out in February.

Body cameras were visible on the chests of Cincinnati police officers on Monday as they worked a protest outside of police department headquarters, but the protests have meant officers are wearing heavier protective gear, which makes it difficult to place the cameras.

“You know, I think that when we finally get through this, we will certainly try to see if there is any way to do that," Isaac said. "Right now there is just no way to affix a camera on that suit.”

Cincinnati Fraternal Order of Police president Dan Hils said the equipment is necessary to protect officers from objects that might be thrown at them.

Although Hils said certain gear doesn’t allow for the use of body cameras, he said he is not concerned about the lack of body camera footage.

“I think you're talking about the legal protection of police officers to show that we’re out there doing the right thing,” Hils said. “There is so much video being shot every time we move.”

Hils said it shouldn’t be an issue if officers aren’t wearing cameras because bystanders are recording cell phone video during every protest and cameras are placed at high-profile buildings where groups are gathering.

“There’s not going to be any lack of video of actions by these officers,” Hils said.

WCPO reached out to the Cincinnati Police Department for clarity on how many officers aren’t wearing body cameras while working at the protests.