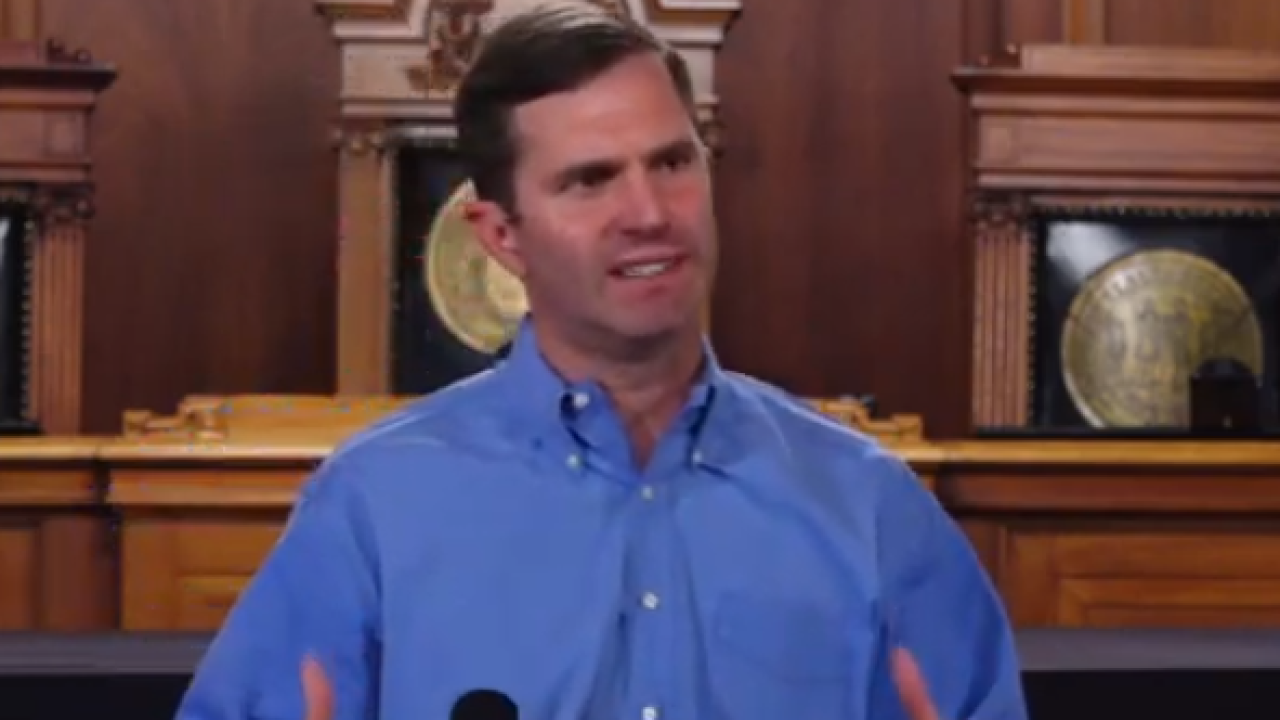 Copyright 2020 Scripps Media, Inc. All rights reserved. This material may not be published, broadcast, rewritten, or redistributed.
Gov. Andy Beshear addresses media a second time Monday after Louisville police and National Guard members shot and killed an unarmed black man while enforcing curfew. Authorities say they were &quot;returning fire&quot; after an unknown person fired a shot at police while they tried to disperse a crowd.

Authorities said David McAtee, an unarmed black man, was shot and killed in west Louisville Monday morning when police officers and members of the National Guard say they "returned fire" while clearing a parking lot of people breaking curfew.

Louisville Police Chief Steve Conrad confirmed the shooting happened around 12:15 a.m. Monday in the parking lot of a business on West Broadway. He said officers and the National Guard were called to break up a large group of people who had gathered there after the city's curfew when someone fired a shot at them.

Louisville Mayor Greg Fischer fired Conrad on Monday after learning that officers did not record body-camera footage of the fatal shooting, according to WCPO sister station WLEX. Fischer made the announcement during his Monday afternoon press conference. Conrad was set to retire in a matter of weeks.

Earlier Monday, Beshear called on authorities to release body camera video of the incident after LMPD and the National Guard were fired upon.

Now, he hopes cell phone or other citizen video will be released to show what happened when McAtee was killed.

"I believe the people of Kentucky deserve to see it for themselves," he said during the briefing from Frankfort.

Beshear had activated the National Guard on Saturday for planned protests spurred by the deaths of Breonna Taylor, a Louisville EMT who was killed in her own home by police serving a "no-knock" warrant to the wrong apartment, and George Floyd, a black man killed after a police officer knelt on his neck and other officers pinned him to the ground.