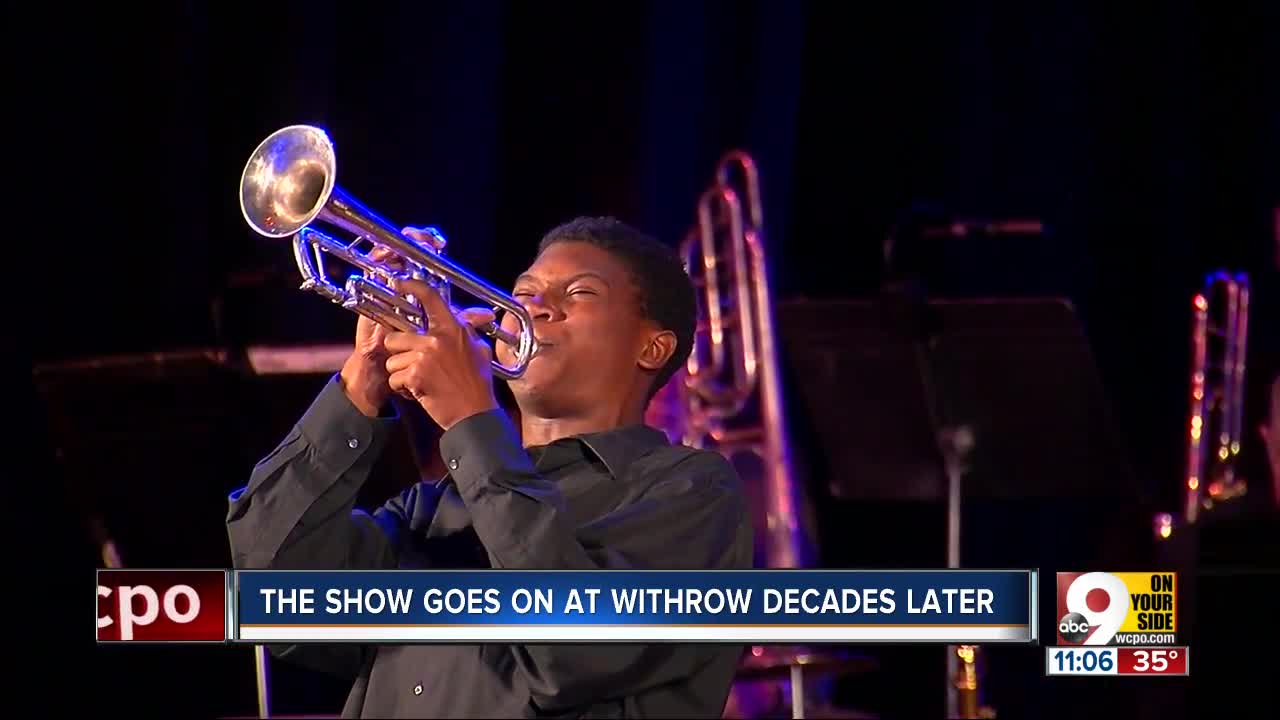 For the first time in 35 years, the Withrow University High School's auditorium was filled with the sounds of the season. The Withrow Holiday Concert, once a yearly school tradition, has been silent for more than three decades. This year, the spectacular show that featured music, acting and dancing took the stage once again.

CINCINNATI — For the first time in 35 years, the Withrow University High School's auditorium filled with the sounds of the season Thursday evening. The Withrow Holiday Concert, once a yearly school tradition, had been silent for more than three decades.

This year, the spectacular show took the stage once again with music, acting and dancing.

"(Withrow had) one of the first fine arts programs in the country," principal Jerron Gray said. "The performances through the years and history have been phenomenal."

For the better part of the past 35 years, the school's auditorium sat empty during the holiday season. It required major repairs to even be usable. A lack of arts funding contributed to the decline in the auditorium's use.

"It's nice to see we can clean this place up and do a little more with it," freshman Armoine Sanders said. "Carry it on."

School alumni donated more than $150,000 to pay for upgrades to the space. That money was used on new curtains, chairs and for an upgrade for the lights in the auditorium.

"Last year we got new lights," senior Ajah Sims said. "Every single light bulb in here has been replaced. I ain't ever seen it before. When I first saw it my junior year, I was like, 'Oh my god. It looks so much better here.'"

For alumni and current students, the project was a labor of love.

With a renewed emphasis on the arts, a drama club was started earlier this year and Withrow is adding a drama class. Musicians and performers saw the holiday concert as an opportunity to bring the class together.

"Nowadays, everyone is isolated in different groups," sophomore Tatiana Guillaume said. "To see everyone together is really nice."

The school had four two-hour performances on Thursday. Principal Gray said he's looking forward to growing the program for years to come.