Students, teachers on board 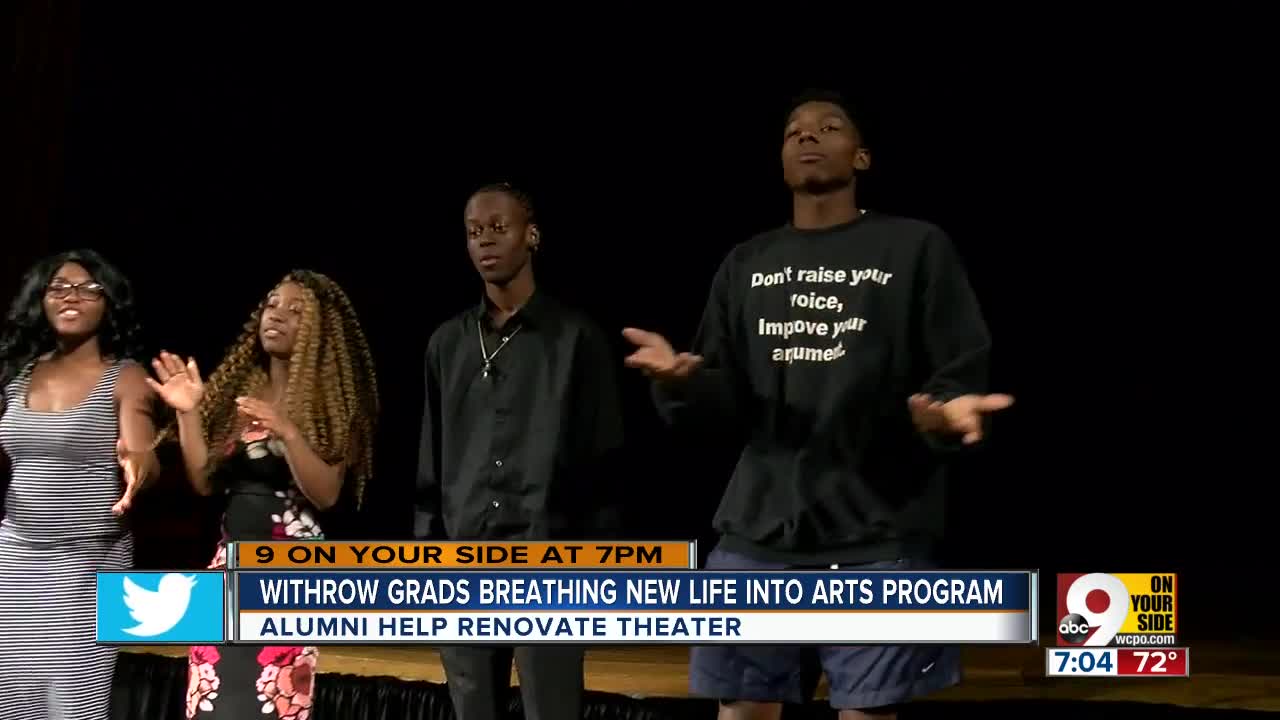 They’re calling it a Withrow renaissance. A group of alumni of Withrow University High School in Hyde Park is trying to breathe some new life into the arts program. They have been donating time and money to remodel the auditorium and encourage more students to get involved in the arts. The school is also getting on board.

A group of alumni of Withrow University High School in Hyde Park is breathing new life into the arts program. They have been donating time and money to remodel the auditorium and encourage more students to get involved in the arts. The school is also getting on board.

“All of these lights were donated to us,” said Zachery D. Riggins, Withrow Class of 1972.

New lights. New curtains. Some new chairs. Alumni are working to fix up the auditorium that has been neglected for years.

"The auditorium was in such disrepair that it would take quite a bit of financing to get it back together,” Riggins said.

In all, they’ve made about $150,000 in improvements, making it possible for students to once again take the stage.

“Music and art was part of the DNA of this school,” Riggins said.

For the first time in 35 years, students and alumni performed together this month at “Withrow Sounds.” These seniors helped backstage and also performed songs from “Hamilton.”

“I was really nervous, but I pulled through and it was fun,” said Teyonta Pettis.

“It made me learn how to be a better person and how to talk toward people and how to be the best Dare I can be,” said Dare Moffett.

“A lot of people we all have a lot of talents, they just need places to be shown,” said Genea Bouldin.

“It’s just amazing how there are people here who want to make something like this a reality and I want the arts to come back,” Antwnazia Fant said.

The effort is already paying off. Students started a drama club this year and Withrow is adding a drama class next year.

“This whole thing has felt to me like a Withrow Renaissance,” said English teacher Diane Roland. “To bring all this talent together, have musical numbers.”

“If not for this, it wouldn’t have made me want to hold on my dream to do theater,” Fant said.

Educators point to a lack of arts funding across the board that led to the decline. Science teacher Jody McOsker stressed the importance of arts in schools.

“It makes a person whole. It makes them well rounded and we don’t have anything like that around here,” McOsker said.

“You never know what’s inside of our students until you put them in an environment where they can grow and get excited about something that they may not have ever tried before,” said Gray.

Riggins and other alumni are hoping to eventually bring back a full choir and orchestra.

“I feel that I owe it to this school to come back and put blood, sweat and tears into restoring the arts that became such a big part of my life,” Riggins said. “I believe in my school. I believe in its past and I believe in its future.”