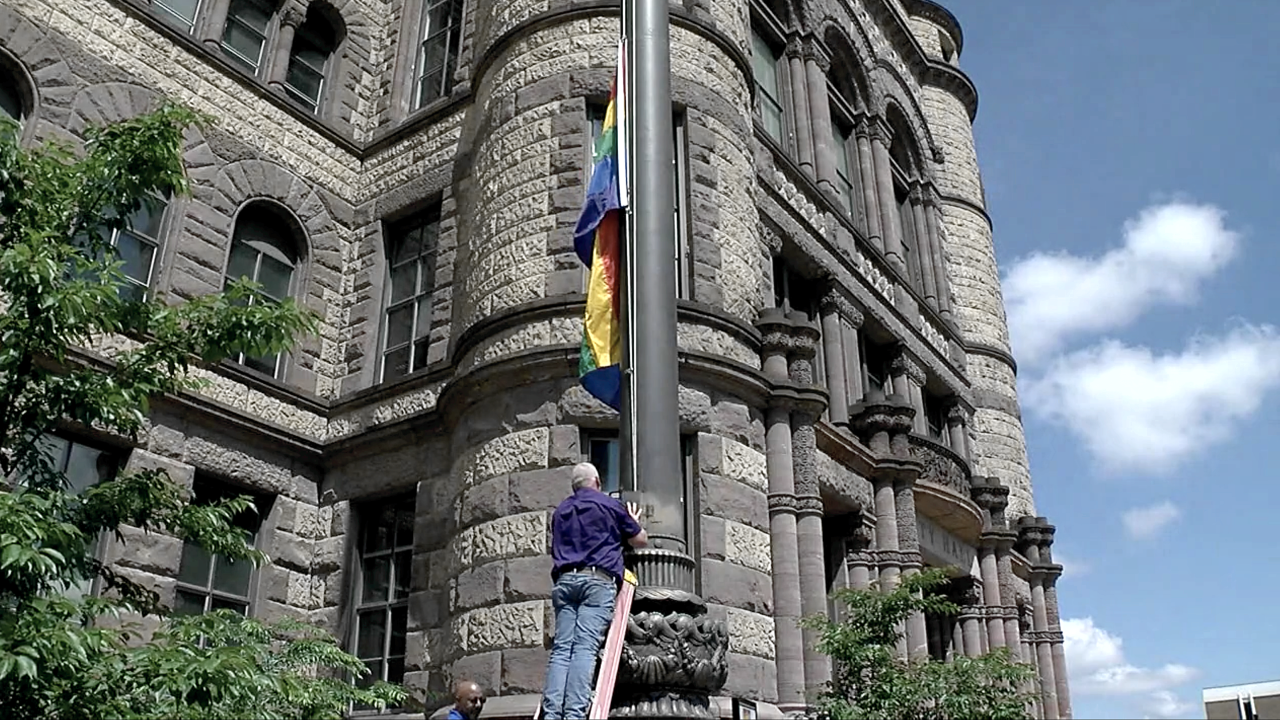 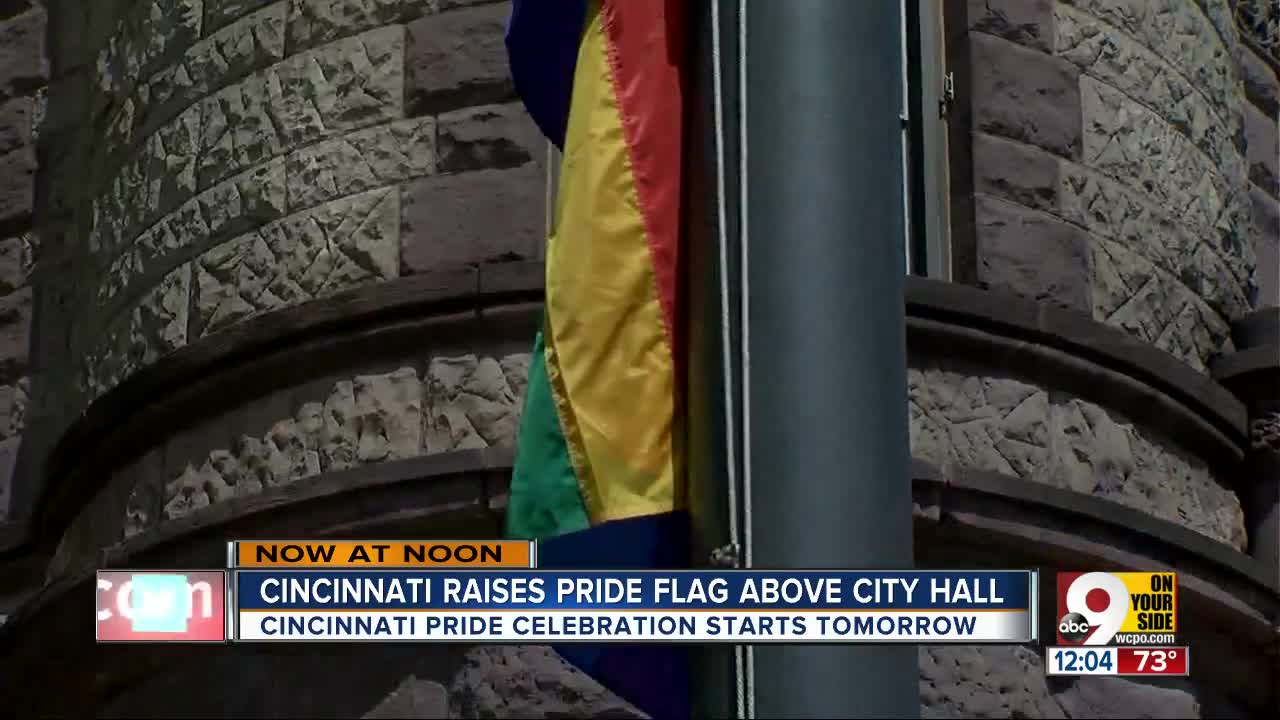 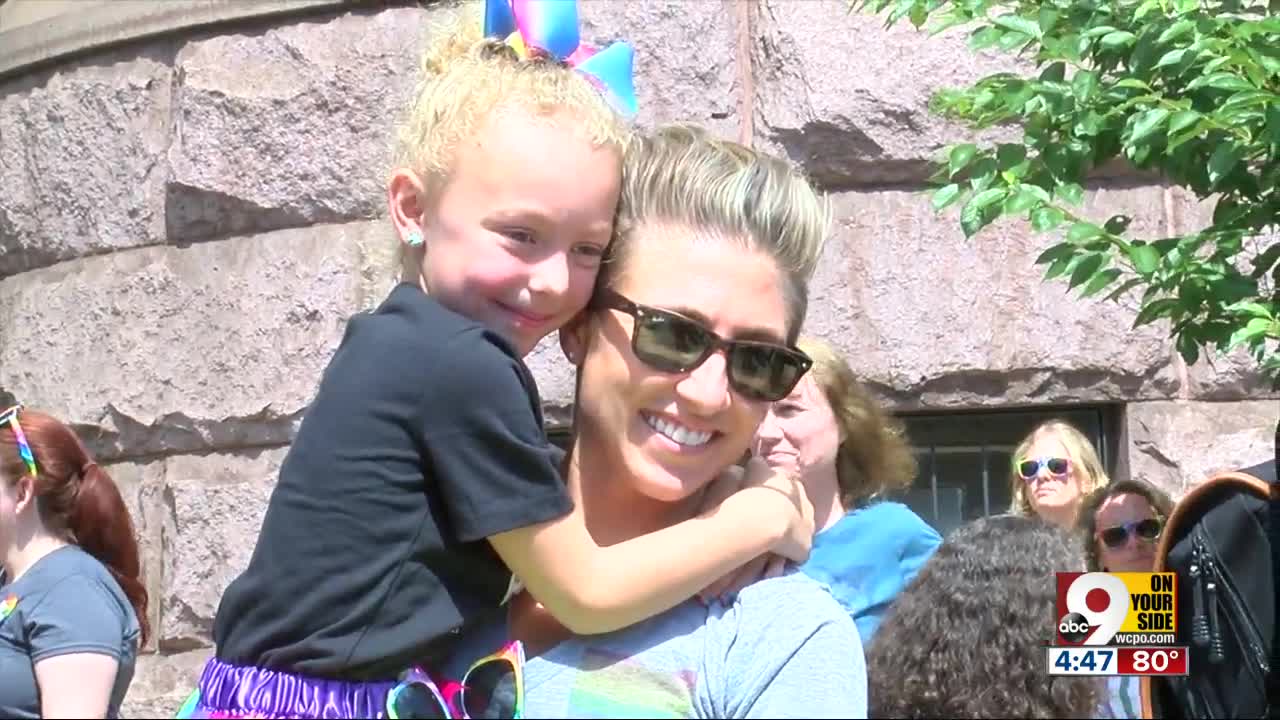 CINCINNATI -- Friday is a historic day for Cincinnati.

Officials raised a Pride flag over City Hall for the first time at 11 a.m. in celebration of diversity and Pride weekend in Cincinnati.

Watch the ceremony in the player below:

Councilman Chris Seelbach helped spearhead the initiative. He said that while Cincinnati has a lot to celebrate, there is still work to do.

“America is not great for many LGBTQ+ families yet,” Seelbach said. “But we are fighters, and the movement toward equality has happened so fast because of all you and your courage to come out, be yourself and celebrate our differences.”

Before the flag was raised, Councilwoman Tamaya Dennard applauded for the “trailblazers in this ongoing fight.”

Mayor John Cranley said he and other leaders are intentionally trying to build a more inclusive city and that Cincinnati is "bucking the trend in Ohio" by inviting everyone to have a seat at the table.

Cranley said he was honored to raise the Pride flag within his career, something he said would have been “unthinkable” 20 years ago.

“At the end of the day, there are a lot of problems in the world. Life is … far too short and painful to keep people from loving each other,” Cranley said.

Seelbach tweeted on Wednesday that “all Democrats, Republicans, Charterites and Independents” supported flying the Pride flag.

“Leading into the Cincinnati Pride Parade and Festival weekend, we hope visitors and residents will look up and know that they are in a community that celebrates inclusiveness and diversity,” Driehaus said. “We thank the City of Cincinnati for taking the first step and we are proud to join them.”

In addition to the flag at City Hall, Pride flags are flying over six Hamilton County buildings.

The parade will travel down Vine Street past Fountain Square and will end at the Cincinnati Pride 2019 Festival at Sawyer Point and Yeatman's Cove. Roads are expected to reopen by 3 p.m.

Organizers plan to party rain or shine, but in the event of severe weather, organizers will announce cancellations on stage and on social media.