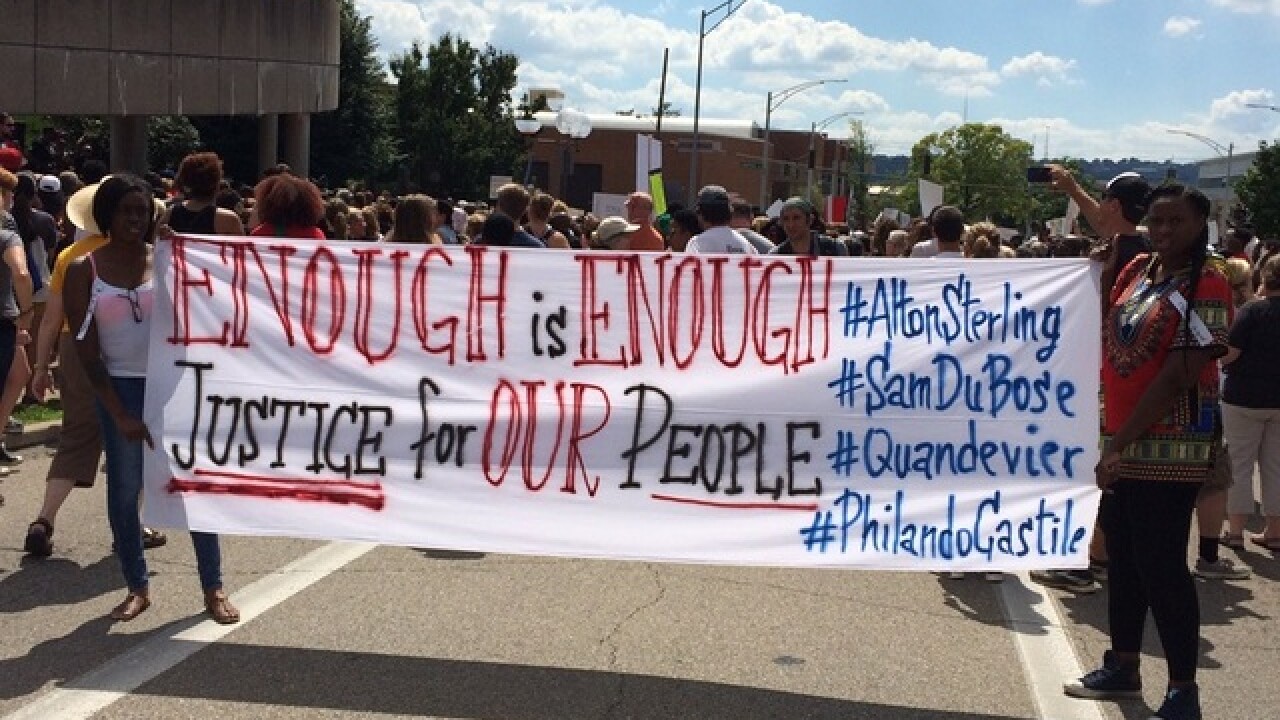 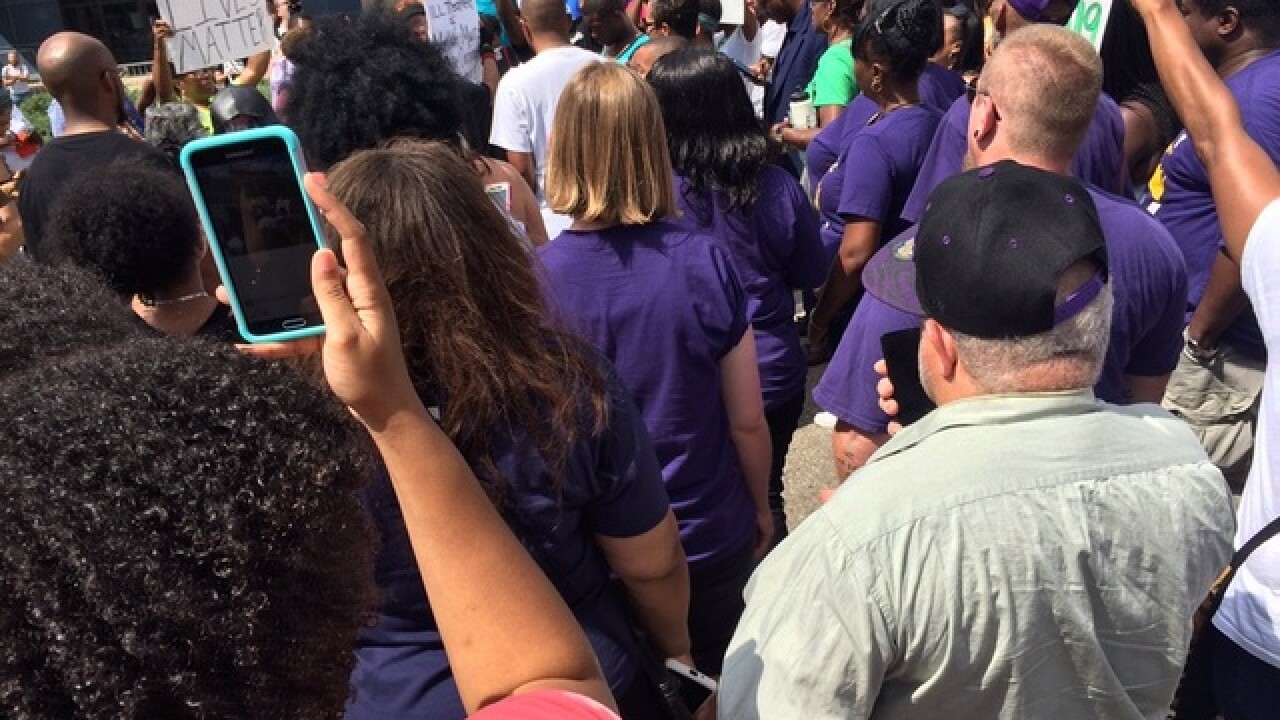 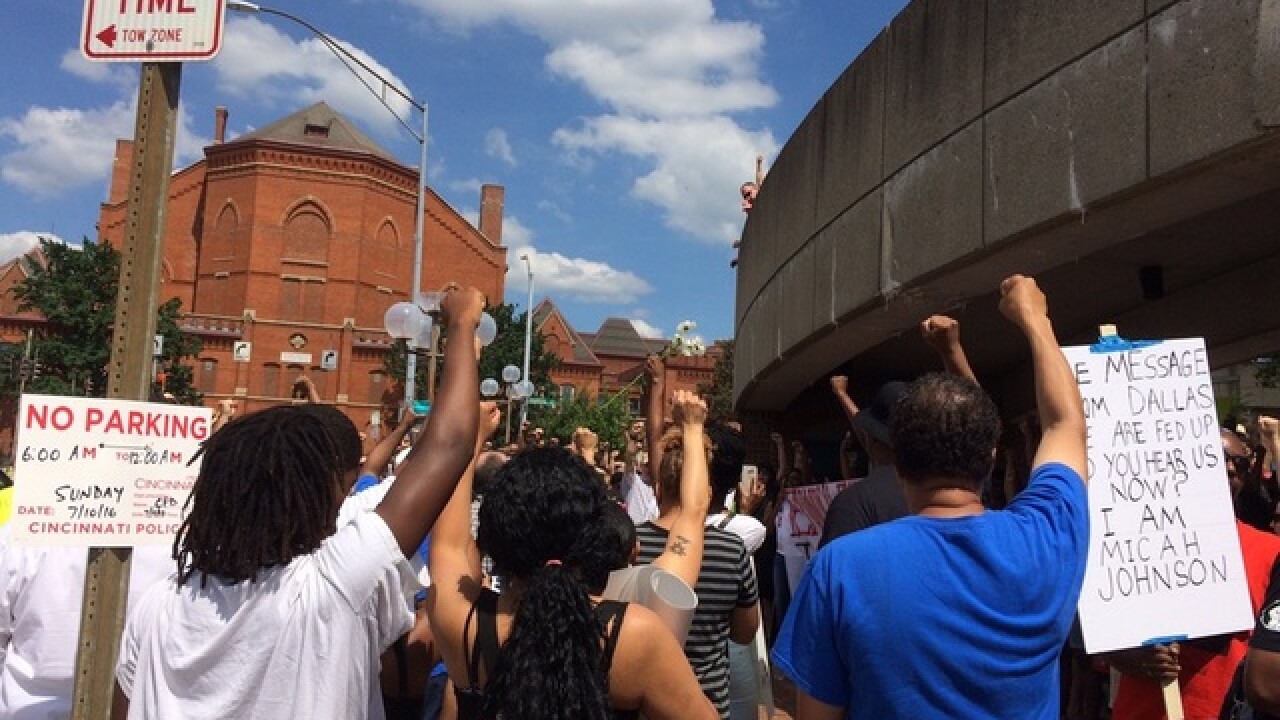 CINCINNATI -- "Don't wait until this happens to your child."

Those were words from Audrey DuBose at Sunday's Black Lives Matter rally and march in the West End.

Leaders of Black Lives Matter Cincinnati made it very clear they wanted to have a disciplined demonstration. Although it was packed, it was peaceful and no arrests were made. Organizer Brian Taylor says they can't let the violence in Dallas speak for their entire movement.

WATCH videos from the rally below:

Ahead of the march, Black Lives Matter Cincinnati put out a request for security and legal support, including observers "to make sure the cops will not mess with us," people to act as marshals at the event, on-call lawyers to defend any demonstrators arrested and donations to a bail fund. By 6 p.m., the fund had raised nearly $4,000.

Organizers of the rally worked to ensure everyone' safety, forming a 15-member security team alongside the group of legal observers and lawyers.

The rally and march proceeded peacefully. WATCH video below to hear why Cincinnatians said they attended Sunday's event: