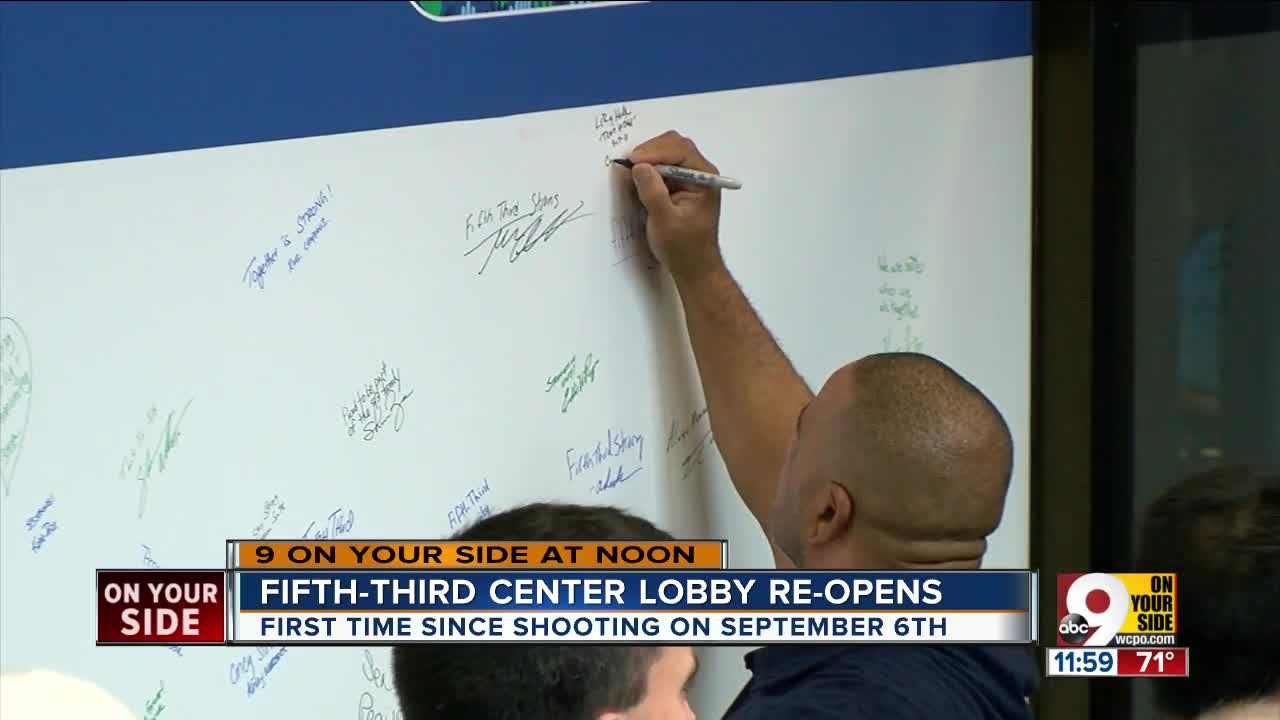 The building's lobby had been closed since the shooting on Sept. 6. 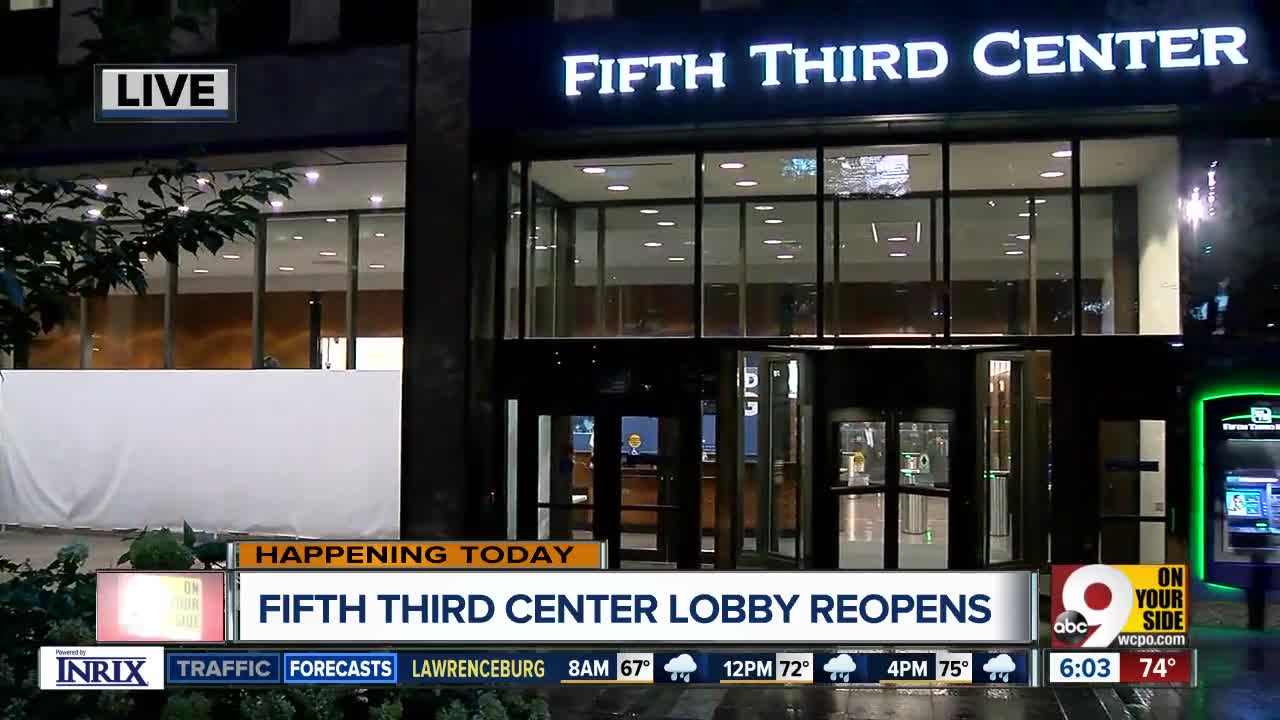 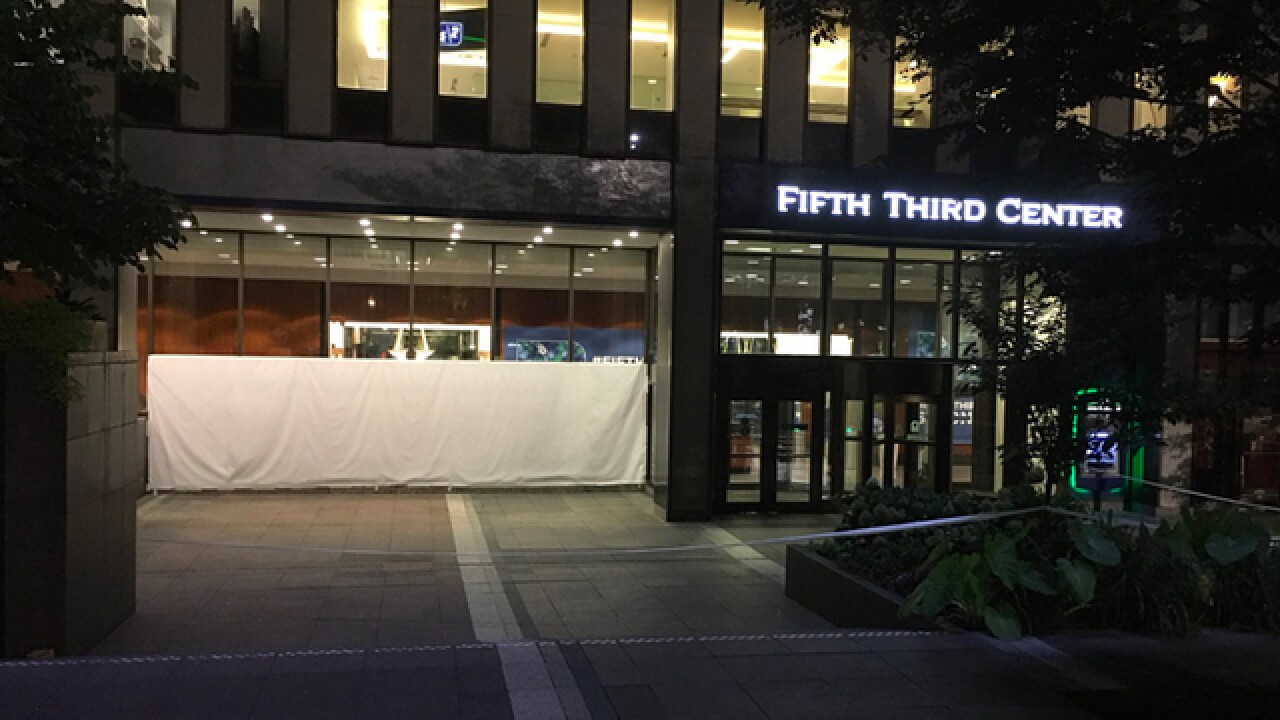 CINCINNATI -- White paper hangs over glass windows that were shattered by gunfire less than two weeks ago. But today, the paper will serve as a space where people can write messages to honor the three victims of the Sept. 6 shooting.

Fifth Third Bank reopened its Fountain Square lobby Monday for the first time since a gunman's deadly attack. The company held a brief memorial service for employees at 9 a.m. with a moment of silence at 9:06 a.m. Three people were killed and two others were wounded before police shot and killed the gunman.

Fifth Third has created a community wall outside the lobby for the public to share messages of support, spokesperson Laura Trujillo said in an email to WCPO.

"We have been heartened and overwhelmed by the kindness of our community," Trujillo wrote.

People who work at Fifth Third Center returned on Sept. 10, but Fifth Third employees have been directed to other entrances.

Officials say the gunman was 29-year-old Omar Santa-Perez of North Bend. Cincinnati police Officers Jennifer Chilton, Antonio Etter and Eric Kaminsky, and Police Specialist Gregory Toyeas shot at Santa-Perez through the glass windows of the lobby and ended the carnage.

Hamilton County Prosecutor Joe Deters announced last week that the officers' actions were not only justified but "heroic."

RELATED: Everything we know about the Fifth Third shooting.