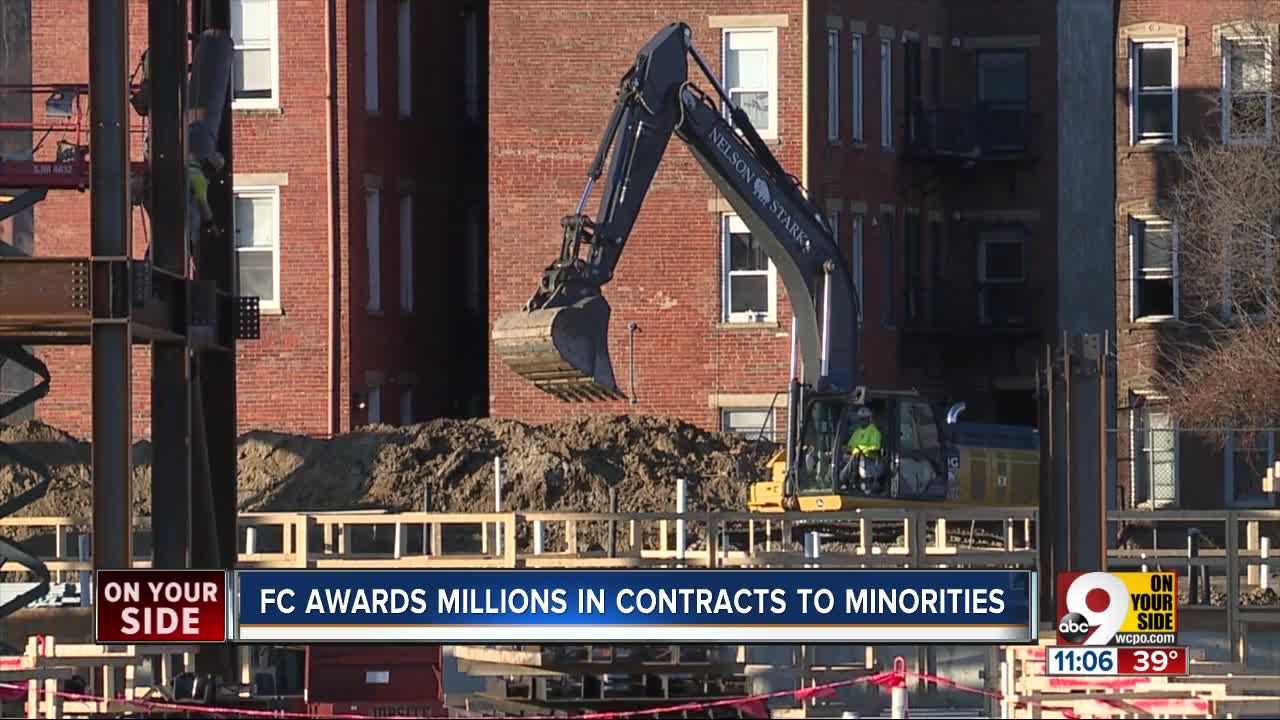 FC Cincinnati has awarded 63% of its construction — $55 million worth — projects to minority, women-owned and small businesses.

CINCINNATI — FC Cincinnati's decision to build a stadium worth hundreds of millions in the predominantly black, low-income West End neighborhood has been a perennial source of criticism since the project's announcement.

In May 2018, promising to do right by their new neighbors, FC Cincinnati signed a community benefits agreement with the West End Community Council.

Now, the team is putting tens of millions of dollars toward inclusion as they hire contractors to build their stadium.

"I can't even put it into words," Ezzie Contractors owner Darrel Mays, one of the selected contractors, said Thursday night. "It's overwhelming."

Mays got his contracting business off the ground in 2003.

"We started with one truck," Darrell Mays said. "Now, we have 10 and haul debris."

Twelve of his employees are on the site of the FC Cincinnati stadium construction project every day from 7 a.m. to 4 p.m.

"For me to be here, it's kind of phenomenal," Mays said. "I could never have imagined that 10 years ago, but of course I'm here. It's been wonderful."

FC Cincinnati has awarded 63% of its construction — $55 million worth — projects to minority, women-owned and small businesses.

"One of the things that everyone has wanted to see, that there is inclusion, and where there's inclusion, it has to be intentional," said Kristi Clement Williams, director of transformative initiatives and sponsorships with the Greater Cincinnati-Northern Kentucky African American Chamber of Commerce.

Williams expects the project to build on existing relationships and open doors for new minority-owned contractors.

"Really, it's developing a relationship that's very important for them," Williams said.

"A lot of times, you have projects like this and you don't always see that value effort that they're giving," he said.

He said it's time more projects in Cincinnati reflect the city's diverse makeup.

"Look at the demographics that are here," Griffie Jr. said. "We want to be able to represent the people that are in the city."

Opportunities still exist for businesses to get involved with the project in 2020. Interested parties can register to receive bid opportunities on Turner Constrution's website.