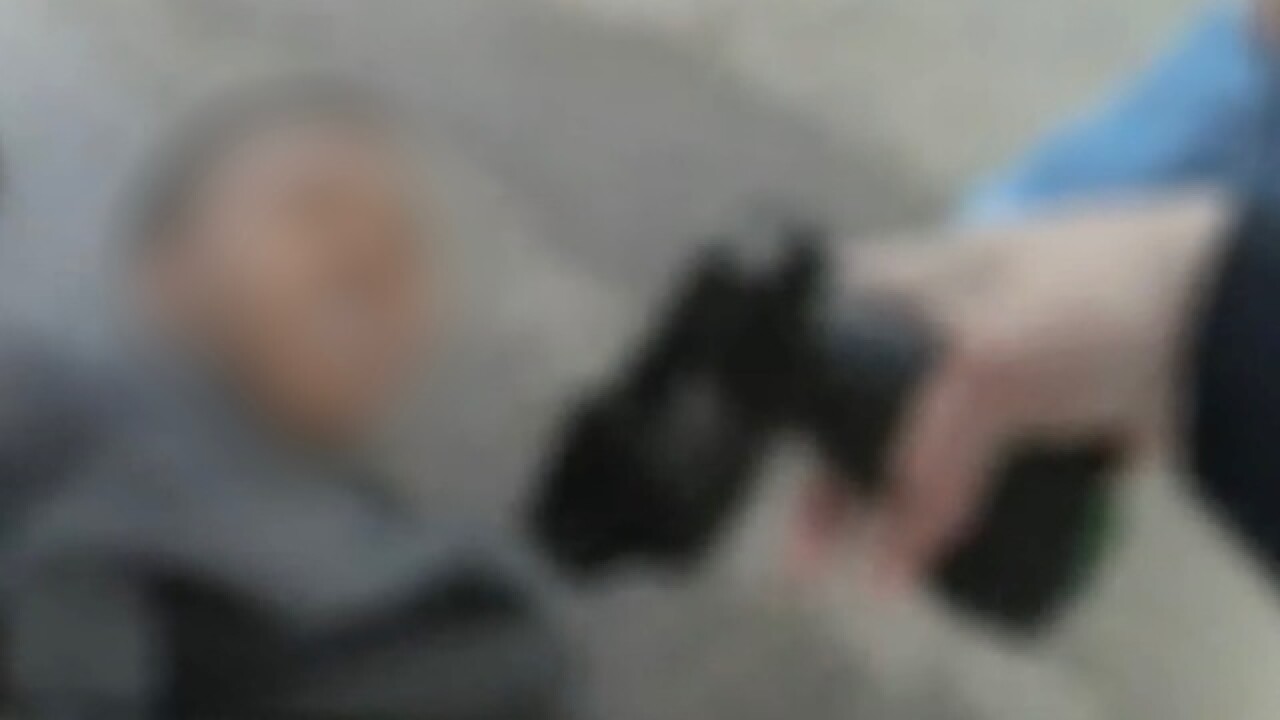 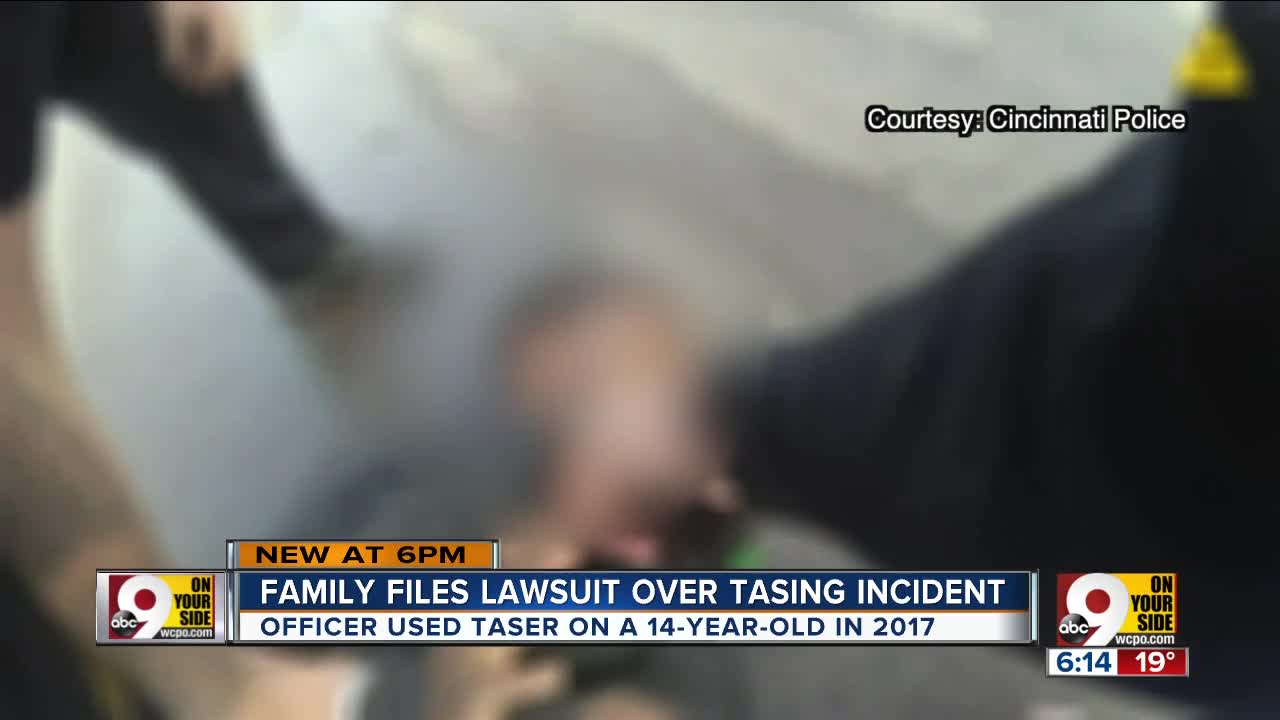 CINCINNATI — The family of a teenage boy who was stunned with a Taser twice and who broke his clavicle in a fall while he ran from a police officer two years ago filed a lawsuit against the officer, the Cincinnati Police Department and the city.

The 16-year-old's family is alleging that Officer Kevin Kroger violated the department's use-of-force policy, used excessive force, violated the boy's civil rights and caused him emotional distress. They're seeking $2 million in the lawsuit, which was filed in Hamilton County Superior Court Monday.

The boy was 14 years old, 5'5" and about 120 pounds on March 2, 2017 when he ran from Officer Kroger. Police reports and police body camera video show Kroger was in a Price Hill apartment complex at about 6:30 p.m. when he spotted "a previously stolen vehicle" that had been used in an attempted shooting earlier that day just a few blocks away. Kroger also spotted "five black male teenagers walking together, one of which matched the description of the suspects from the felonious assault."

Kroger was patting down the 14-year-old — who didn't fit the description of the shooting suspect, but was the first one detained — "for possible weapons" when the boy started running. He later told police he ran because he had marijuana in his pocket. Kroger took off after him, and said he didn't give a verbal warning before using a Taser because he thought the teen might have a weapon and he didn't want to give the boy "time to react."

The 14-year-old "fell hard on the pavement" after being hit with the Taser, breaking his collar bone, according to the lawsuit.

Kroger used his Taser on the boy a second time, while the teen already "was on the ground and writhing in pain," and threatened to use it two more times while he was handcuffed, according to the lawsuit.

Before the incident, the boy played football, basketball and baseball, but has since stopped playing sports because of residual pain and a hit to his confidence caused by the injury, according to the lawsuit. It also states that he suffers from PTSD and anxiety associated with adult authority figures.

"Suspect or not, he’s still a human being," the boy's father, Diondre Lee, told WCPO in December. "The professionalism is out the door. And it’s evident. It’s on tape. How do they justify that? They got body cams on and they’re still carrying on like this. They don’t care. How do we tell our children not to be afraid of these people behind the badges, acting the way they’re acting?"

The police department declined to comment on the lawsuit. A police sergeant had previously concluded that the use of force in the incident complied with department policy.

Police use of Tasers and other force on children became a local issue last year after an officer working an off-duty detail at a supermarket used a Taser on an 11-year-old girl who was accused of shoplifting. The department revised its policy earlier this year, telling officers to avoid using a Taser on anyone who appears to be "young children, elderly, medically infirm, pregnant or users of a cardiac pacemaker."

A WCPO analysis from 32 local departments published in December found that use-of-force incidents are rare, but there is a disparity in how local different departments measure and regulate it. Black juveniles under 18 were more likely than adults to have stun guns deployed against them, according to the data. Black juveniles were also more likely than white juveniles to be injured in use-of-force incidents.