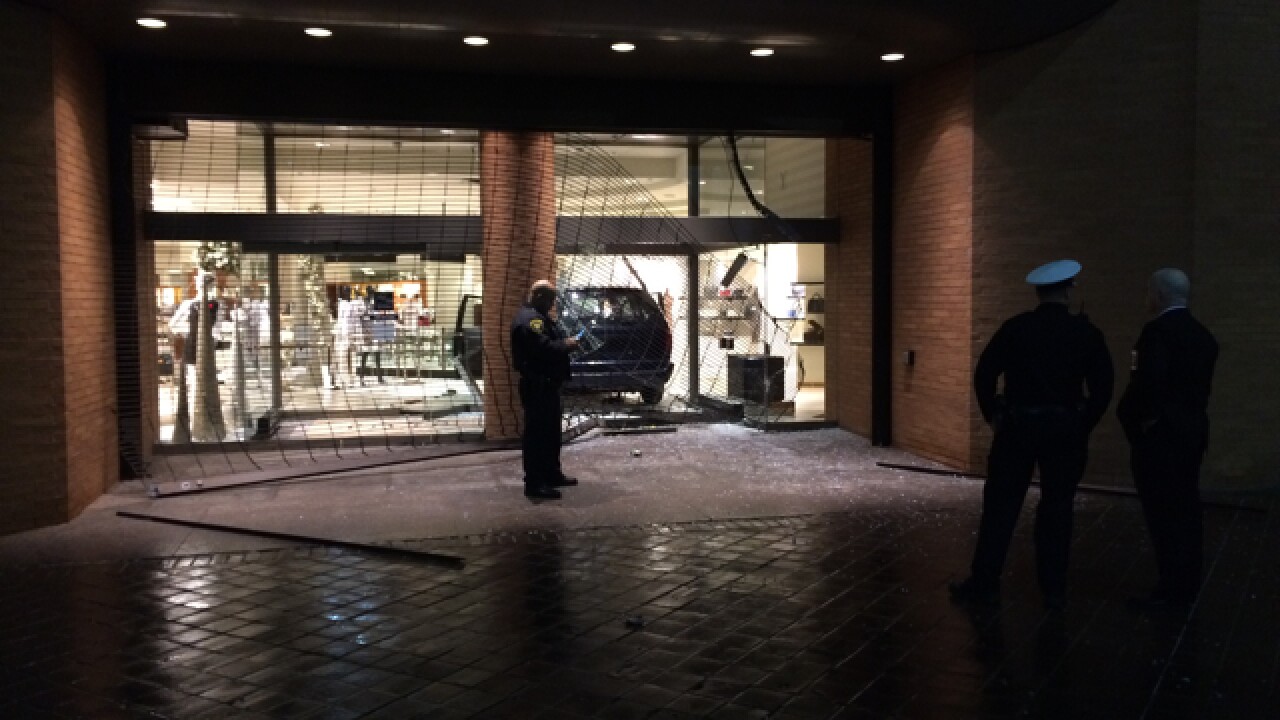 CINCINNATI -- A van crashed through the front of the Saks Fifth Avenue store in downtown Cincinnati, and police believe it was part of a robbery.

Officers said they were called to the store near Fountain Square at Fifth and Race streets at about 6 a.m. Wednesday and found a navy Dodge Caravan lodged into the doorway of the store.

The van careened through a security gate that was still hanging onto the building.

Investigators said the robbers stole about $11,000 worth of Louis Vuitton and Coach purses. They believe the robbers left in a silver minivan, which Cincinnati police Capt. Mike Neville said was later found abandoned in the parking lot of a Kroger store in Fort Mitchell, Kentucky.

A cab driver was able to capture the robbers’ getaway his cellphone as they left the scene. The group can be seen running from the store and hopping into the silver van in the video.

The incident was caught on surveillance video, as well.

Neville said there will be extra police presence "until further notice" so people feel safe shopping Downtown and for employees.

Police said similar crimes have been happening in Chicago and Indianapolis and they are exploring whether the crimes are connected.

"I think it's quite unique. I mean it's bold. It's criminal right? They knew what they we're doing. They are criminals by trade and we understand that and that's why we're going to take every piece of evidence we have to work with Saks to make this something where we'll capture them, so they don't have an opportunity to do it around here or anywhere else again,” Neville said.

Police said the incident could be connected to a car theft in the West End that happened at about 2 a.m.

Saks managers said the store will be open for business until 8 p.m. Wednesday and from 9 a.m. to 5 p.m. Thursday.

No other details have been released.