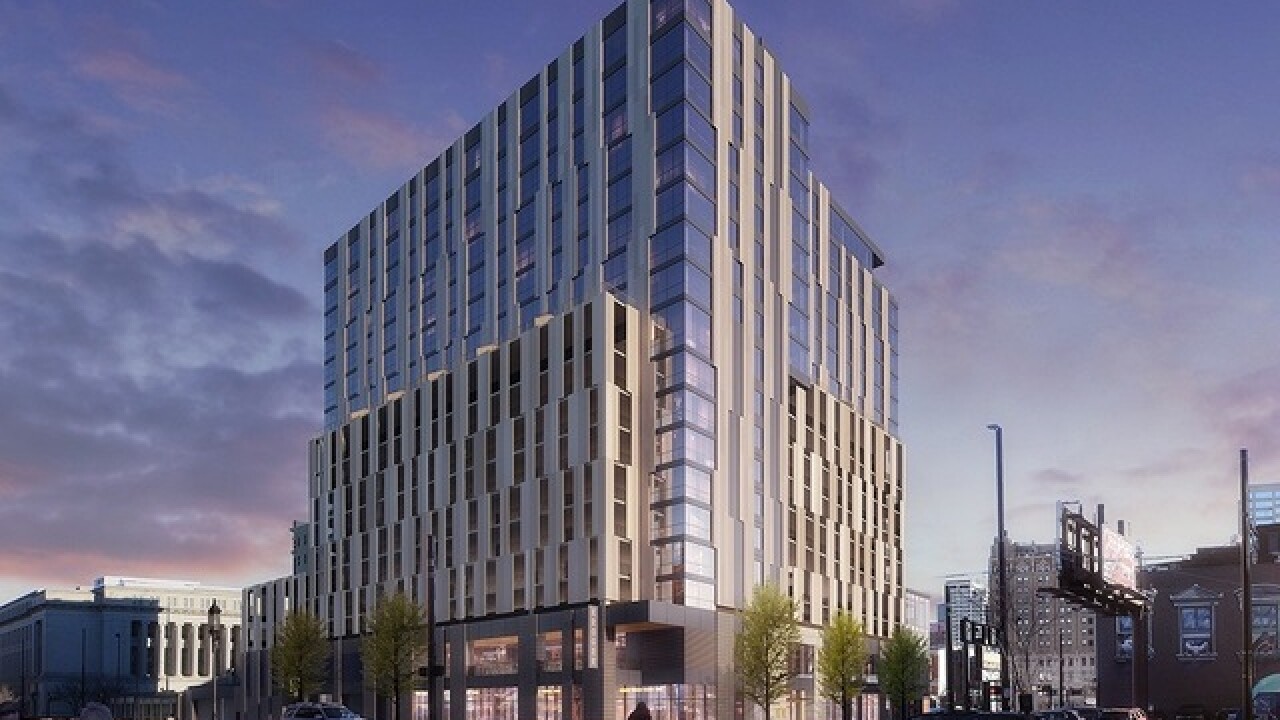 CINCINNATI -- Construction on a new Downtown Kroger grocery store and high-rise residential development will mean sidewalk and curb lane closures in the vicinity for the next two years, starting Thursday.

Kroger announced in June plans for a two-story Downtown storefront location, which will sit underneath 16 additional stories of parking garage and residential space, located on the southeast corner of the intersection of Walnut Street and Central Parkway -- which currently sits as a 1.2-acre surface parking lot.

The closures will impact pedestrians using Walnut Street, Central Parkway, Court Street and Bownen Street. Signage will be posted directing pedestrians where to detour, according to a news release from the city issued Wednesday afternoon.

Following asphalt removal, which begins Thursday, construction on the building will begin in October and last through the fall of 2019.

The building will sit opposite the grocery giant's corporate headquarters, located on Central Parkway between Vine and Walnut streets. It also sits directly on Cincinnati's streetcar line. It expects the store to draw shoppers from Mt. Adams, Downtown, Over-the-Rhine and the West End, boosting streetcar and pedestrian traffic in the process.

The 18-story building will feature a 45,000-square-foot grocery store, with its front door at the corner of Court and Walnut streets. A second-floor bar and food hall will feature outdoor seating on a deck overlooking Central Parkway.

Crews will access the worksite via the curb lane on Central Parkway and will typically work between 7 a.m. and 4:30 p.m.

Prior reporting by WCPO business reporter Dan Monk contributed to this story.