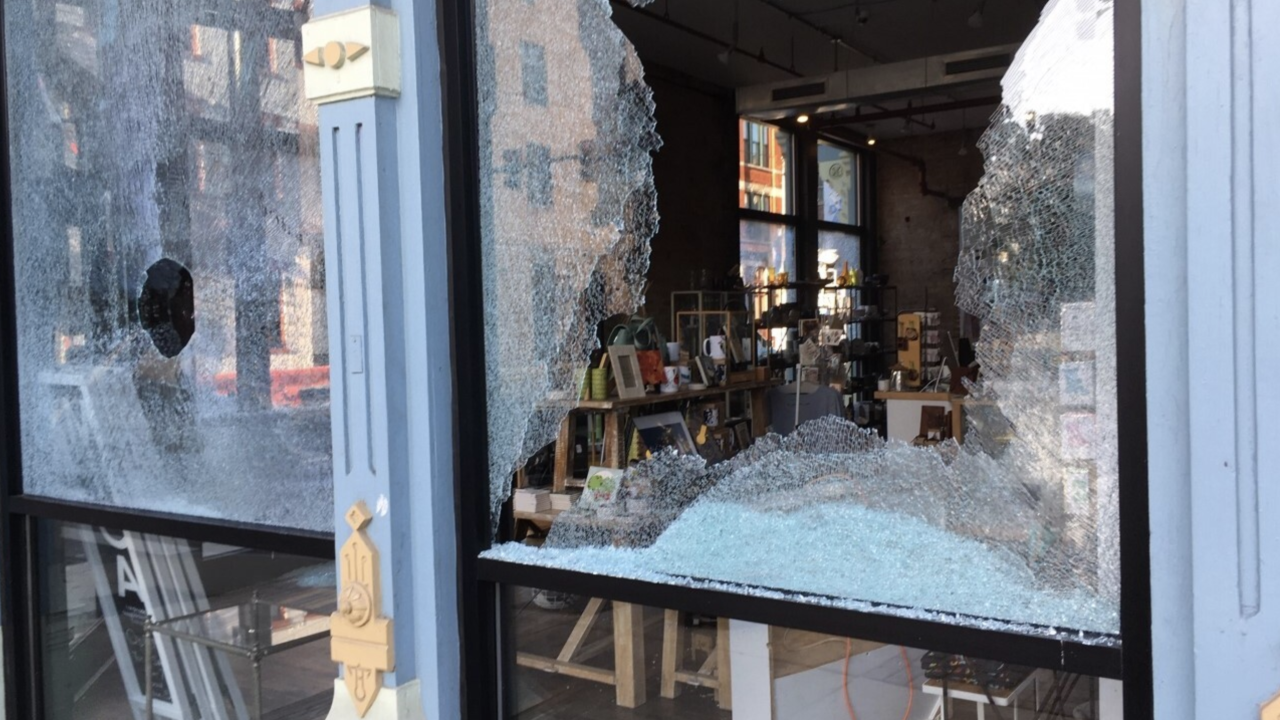 Copyright 2020 Scripps Media, Inc. All rights reserved. This material may not be published, broadcast, rewritten, or redistributed.
WCPO
MiCA 12/v, a gift shop on Main Street in Over-the-Rhine was damaged on Friday during protests agains the death of George Floyd. All but one window of their storefront was smashed and items were taken.

CINCINNATI — About 80 businesses in Downtown and Over-the-Rhine sustained roughly $275,000 in damage after days of unrest in the city, according to Cincinnati Center City Development Corp.

Protesters gathered in Cincinnati for several days in late May and early June following the Minneapolis police killing of George Floyd on Memorial Day.

Protests remained peaceful until about 11:00 p.m. on May 29, when police administered smoke canisters around protesters and some demonstrators began smashing out windows of businesses in Over-The-Rhine. Most of the damage was limited to the windows of shops and boutiques, and several stores were looted overnight.

“This donation aligns perfectly with our emphasis on being woven into our communities. It provides assistance to local businesses at a time when unplanned expenses could impact recovery plans,” Brown said in a statement.

3CDC assessed every business that had been reported as damaged and connected with 60 business owners. Of those businesses, 40 accepted financial assistance.

Several businesses affected were large chains that covered damages and stolen inventory themselves, according to 3CDC. Some small business owners received contributions and donations from patrons after being damaged and asked that the funds go to other small businesses.

“We’re grateful to our partners at First Financial for stepping up to help Downtown’s small businesses, many of which were just reopening after closing down due to the virus before being dealt this immediate out-of-pocket cost. We hope this financial boost helps these businesses as they continue to get their operations up and running during these challenging times.”

The $50,000 will be used to cover out-of-pocket costs and insurance deductibles for the 40 businesses, which will be split evenly between OTR and the Central Business District.