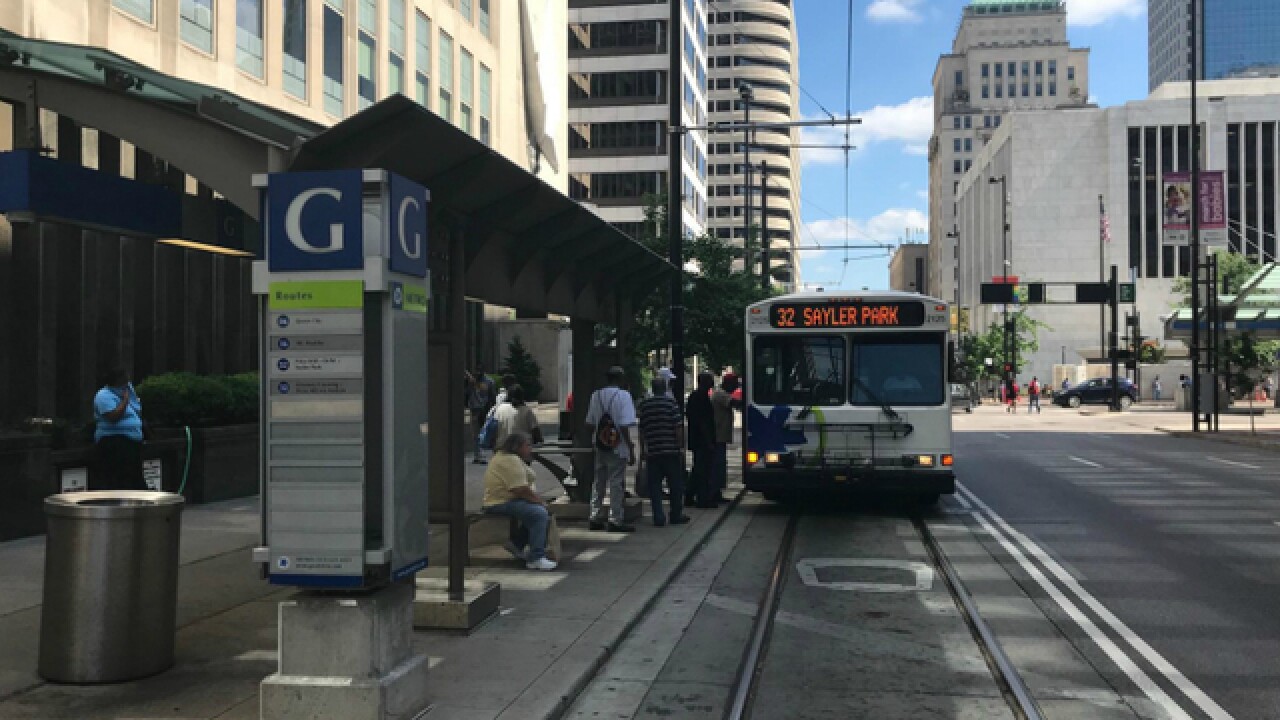 Copyright 2018 Scripps Media, Inc. All rights reserved. This material may not be published, broadcast, rewritten, or redistributed.
<p>Cincinnati Metro's Shelter G at Government Square, photographed here on June 29, 2018, serves four routes into and out of Downtown. The city voted to relocate it, but the mayor vetoed that decision. (Pat LaFleur/WCPO)</p> 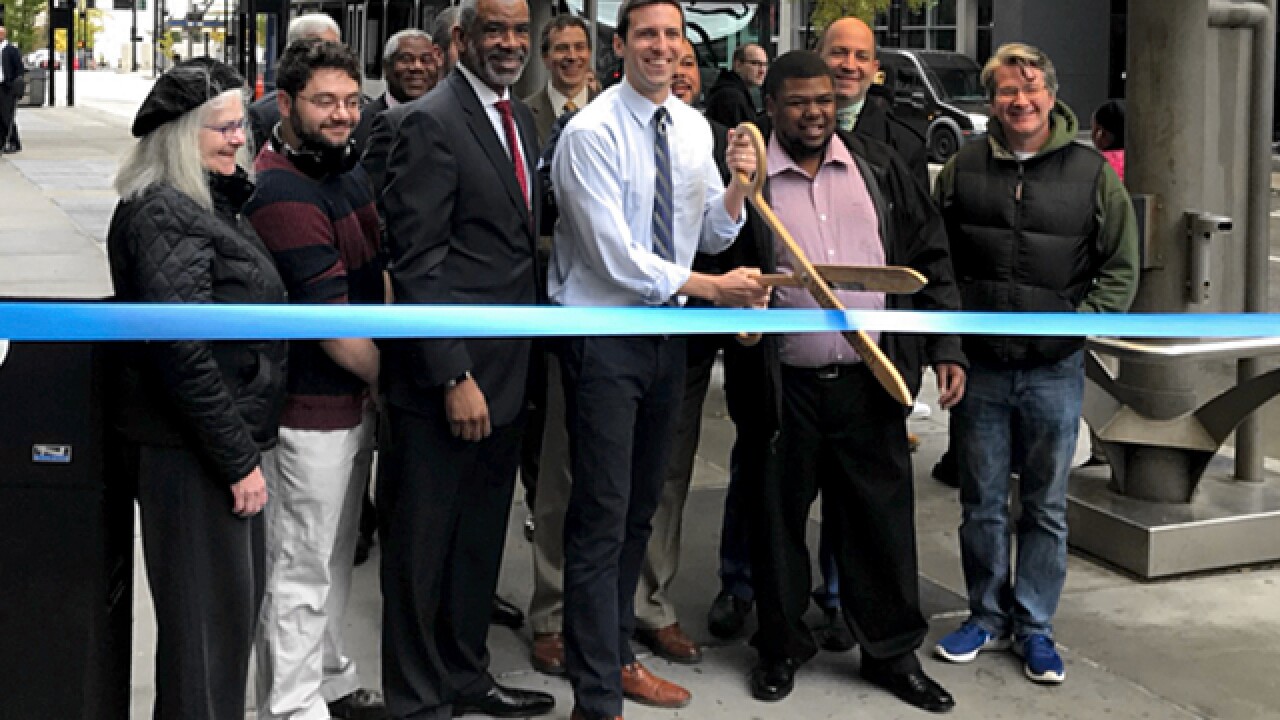 CINCINNATI -- The city will start testing its first ever bus-only traffic lane as early as next month.

The current traffic configuration prohibits parking in that lane during those hours. Officials did not say how long the city would test the bus-only configuration.

Accommodating the bus lane will require the removal of a curb bump-out at the intersection of Main and Seventh streets, as well as additional signage. DOTE crews will complete that work in the coming weeks, officials said in a news release.

According to Metro, 635 buses travel up Main street every day, and 90 of those buses use the far-right lane to pick up and drop off riders during the afternoon rush.