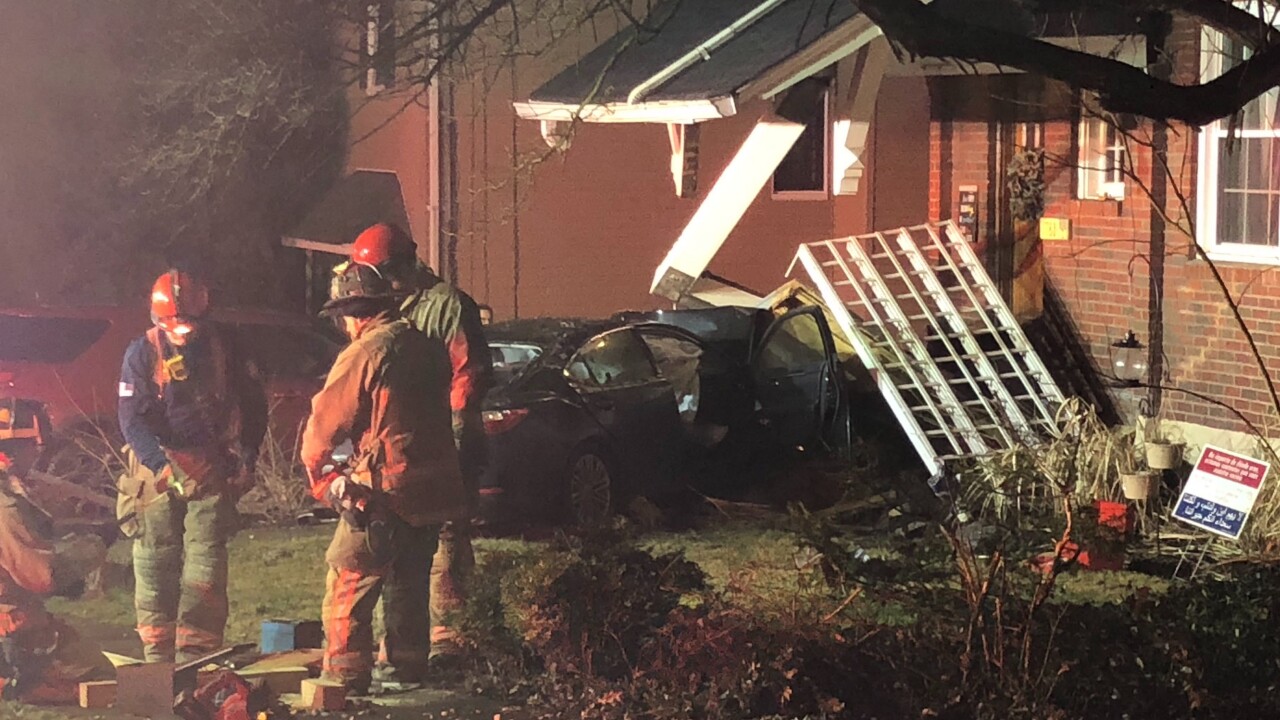 CINCINNATI — More than a month after it was reported stolen, resigned councilwoman Tamaya Dennard's car was located after two people drove it into a home in East Walnut Hills Tuesday morning, according to police.

Captain Doug Snider with the Cincinnati Police Department said officers responded to the 1783 E. McMillan St. around 1:30 a.m. for reports of a car that crashed into a home near there. When officers arrived, they found two men crashed the car into two other vehicles before crashing into the front porch of the house.

The two men inside the car, 36-year-old Shaun Simpson and 57-year-old Sheffield Squire, were taken to University of Cincinnati Medical Center with non-life-threatening injuries. The people inside the house were uninjured.

Simpson was charged with operating a vehicle without having reasonable control of it after the crash. It is unclear if Simpson or Squire are suspects in the car's theft. The police are still investigating the incident.

This crash comes less than 24 hours after Dennard resigned from her seat on city council after Hamilton County Prosecutor Joe Deters said he would seek criminal charges against her for allegedly soliciting money for her council vote if she didn't resign by today. Deters also threatened to file a petition with the Ohio Supreme Court to remove her from her seat.