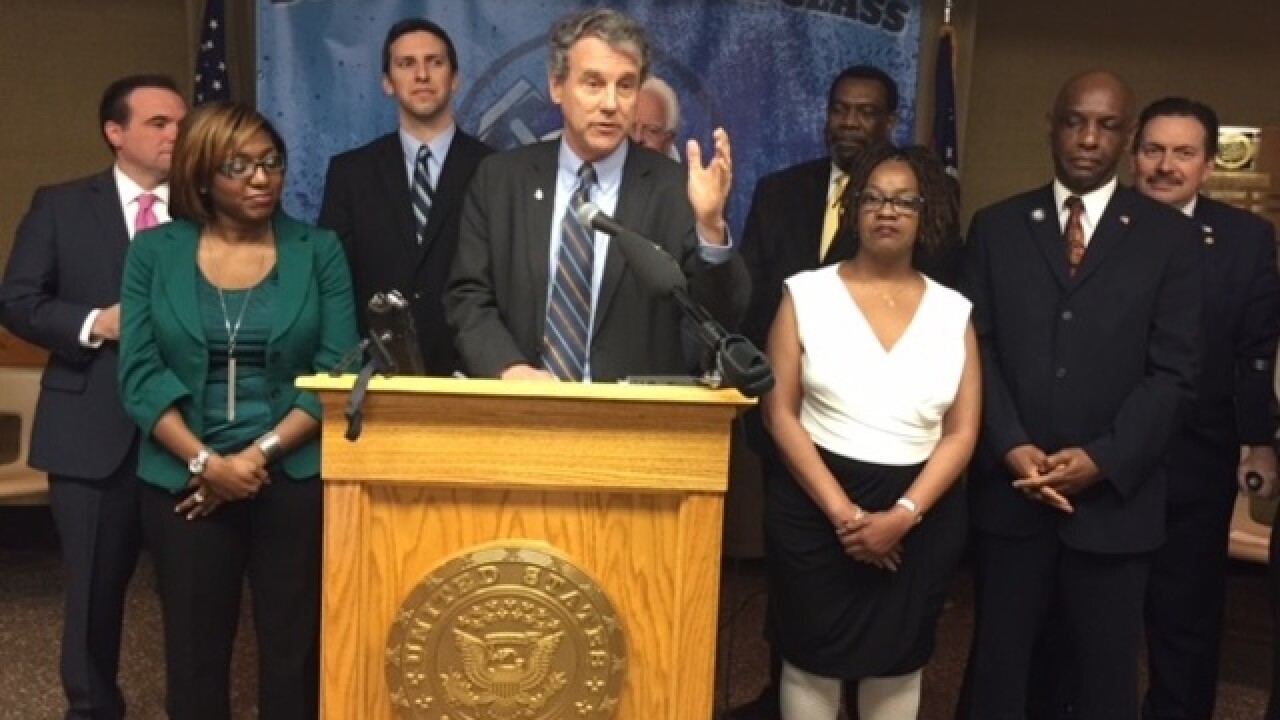 CINCINNATI -- Full-time city employees could soon be earning a minimum wage of $15 per hour, among other labor reforms aimed at strengthening the middle class that were announced Tuesday morning by Sen. Sherrod Brown (D-OH) and Mayor John Cranley.

Cranley: "We are raising the minimum wage for full-time city employees to $15 an hour." @WCPO pic.twitter.com/m1iKUO7YPq

“The way we grow our economy is from the middle out, with rising incomes for all workers – not just the wealthiest few,” Brown said. “Cincinnati is taking an important step forward in that fight today – and it’s the not first time. Cincinnati is also leading efforts to protect workers from wage theft.

"We've seen a hollowing out of the middle class. The minimum wage has not kept pace." - Mayor Cranley. @WCPO pic.twitter.com/pcB0lrXSIM

“It is past time that Washington followed Cincinnati’s lead,” Brown said. “That’s why I have introduced legislation to raise the minimum wage and to crack down on wage theft for workers across the country. I will keep working to ensure that work pays off for all Americans – not just here in Cincinnati, and not just for the wealthiest few.”

The nationwide fight for a $15 minimum wage came to Cincinnati in November 2015 with protestors at Norwood and Cincinnati City Hall calling for an increase.

City employee Shiela Nash has worked for the Cincinnati Health Department since 1986. She said the minimum wage proposal would make a $4,000 raise for her.

"It would be wonderful to have a raise," Nash said. "I can put food on my budget then. Right now, it's not on there. So thank you very much."

The proposed reforms will have to be approved by City Council before they take effect.