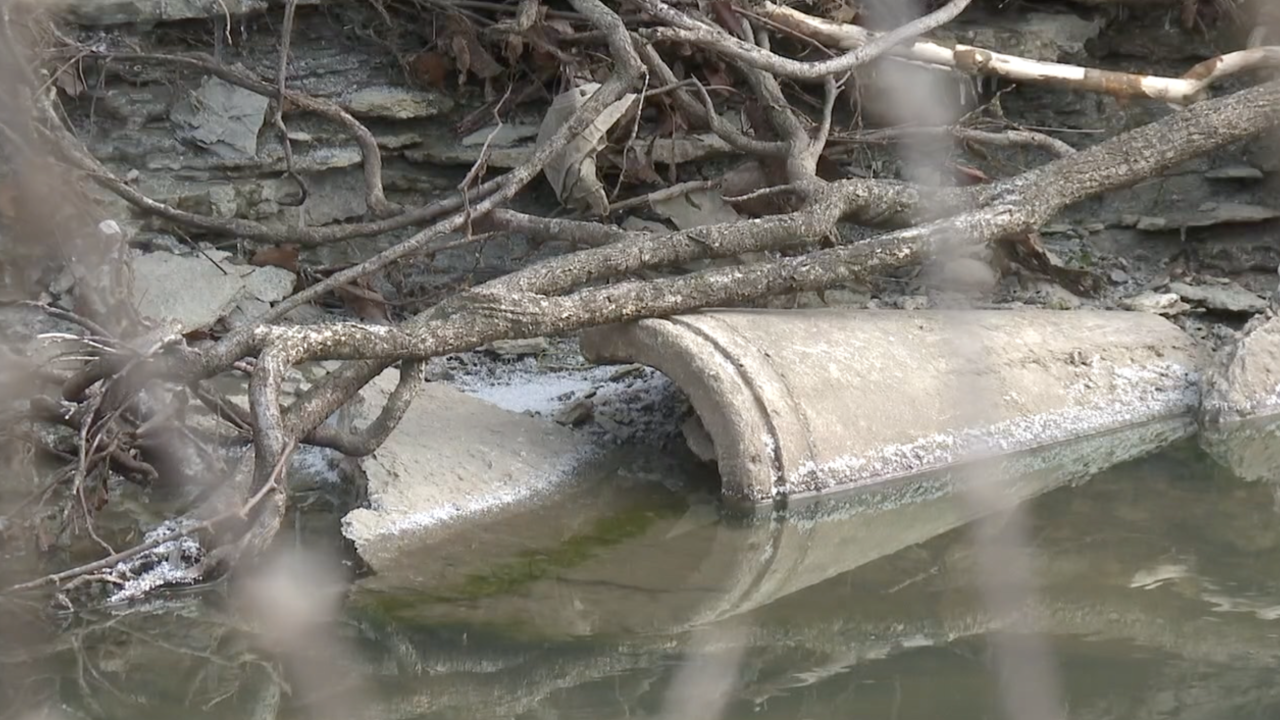 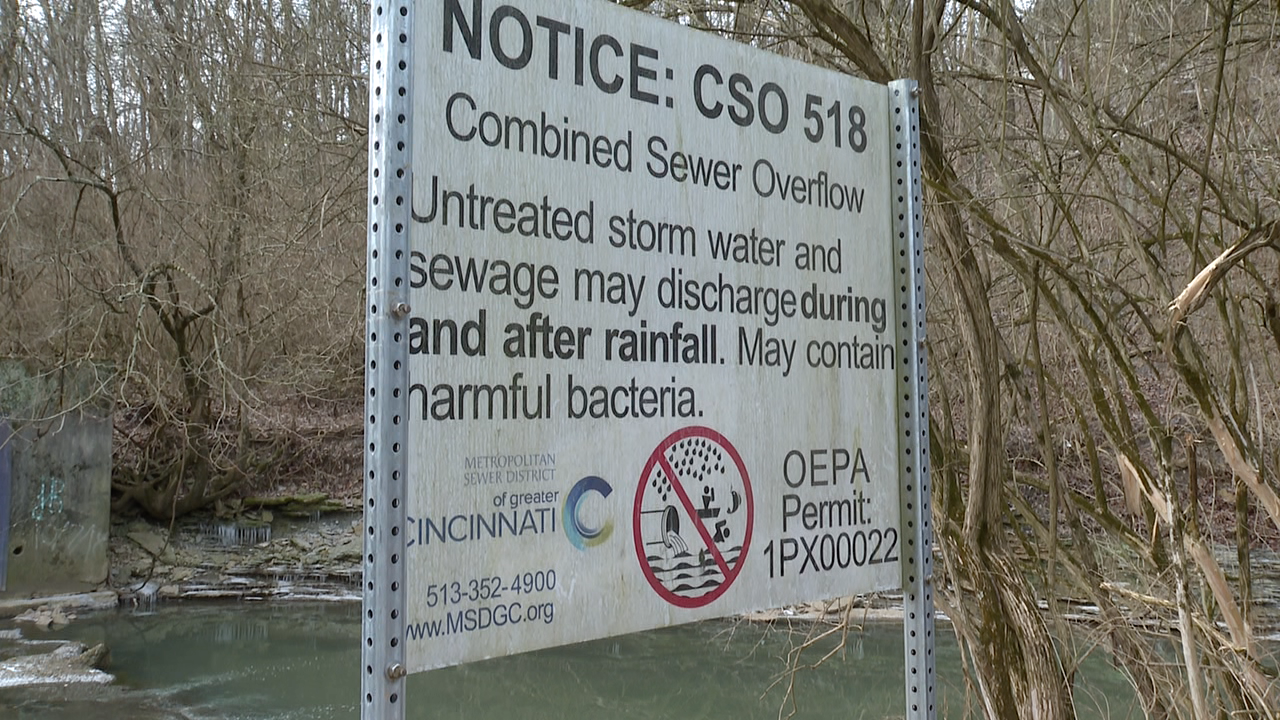 CINCINNATI — After years of complaints from people who live near it, an aged sewer pipe in Muddy Creek will be replaced.

The Hamilton County Commission voted to approve the $9.9 million project Thursday, after years of stalemate with the City of Cincinnati and the Metropolitan Sewer District.

Hamilton County owns the sewer district, but the city manages it. For years, the two sides have disagreed on how to fix the pipe. The current pipe is cracked and leaking 200 million gallons of raw sewage annually into Muddy Creek.

HERE'S WHAT THAT LOOKS LIKE: What if your backyard was filled with poo, but no one agreed on how to clean it up?

MSD argued the county’s idea would not solve the problem and presented dangers for its crews who would have to do maintenance work in the water. The county said the larger pipe would create more overflows downstream. The project's December 31, 2019 deadline passed while the argument continued.

After recent negotiations, the county approved MSD's plan — a 36-inch pipe on dry land — while requiring MSD to develop a contingency to prepare for any potential overflows downstream.

MSD director Diana Christy said the project will significantly improve the environment in the area.

“Thank you for working with us on this,” she told county leaders. “This is not the first or last project that we need to do in the Muddy Creek… We have a lot more work to do together, and hopefully this is the start of that.”

The sewer district plans to advertise for construction bids by midsummer and award a contract by the end of August. Construction could begin by fall 2020, with the project completed by August 2021.

That timeline is contingent, however, on the Ohio EPA agreeing to grant an extension for the permit to install, which was issued in January of 2018 and expires in July.

County Commissioner Denise Driehaus hopes the recent collaboration can continue as the county and MSD work together on more upcoming projects.

“I want to make sure as we move through any of the projects, we’re continuously talking to one another and trying to work through these issues so they don’t drag out like this one did,” she said.

Greg Landsman, who is leading the charge on the city side, agreed.

“It’s a big win for the environment and for the folks that live along Muddy Creek, especially children. We have to get that degraded sewer pipe out of the creek and replace it. Now MSD can do that,” he said. “I’m grateful that everyone kept working through this, and with residents, and that we finally have the agreement to get this done.”