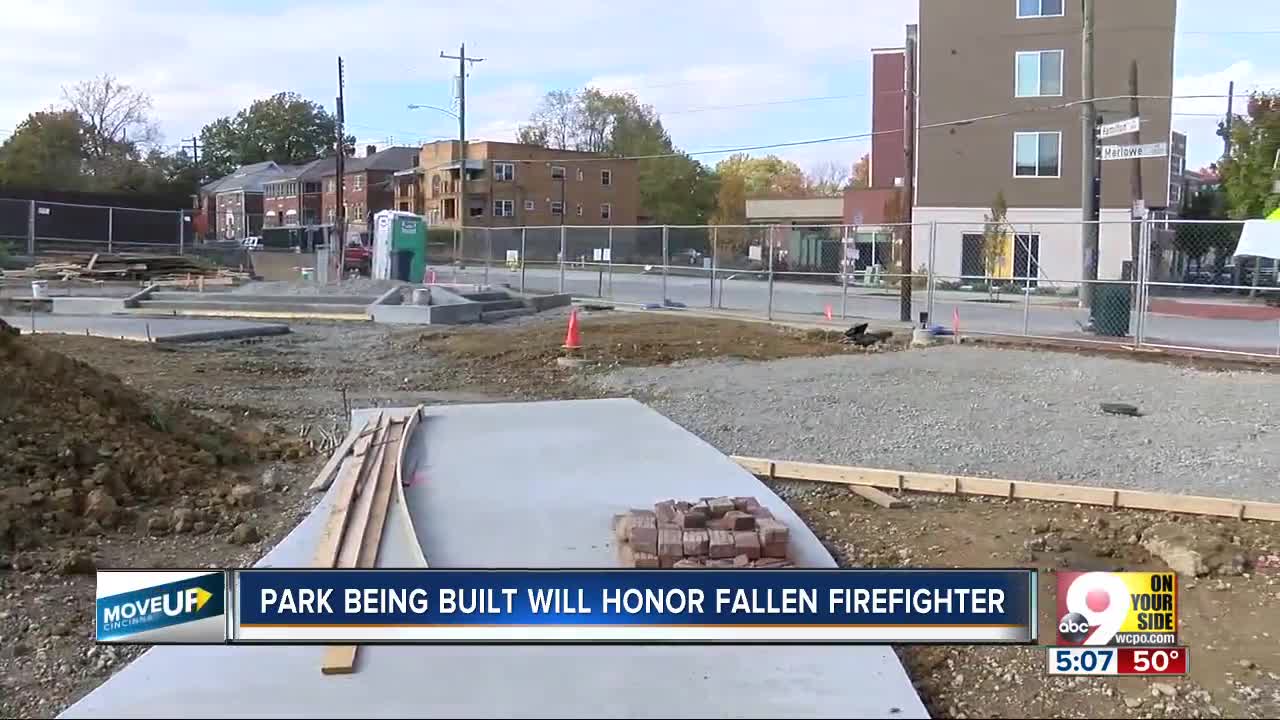 CINCINNATI — A brand new park being built in College Hill will add a new community space to the area and honor a fallen firefighter.

What was once just a gravel lot is being cleared, revitalized and changed into a new park for the community.

Construction on the space is already underway, and soon the gravel lot along Hamilton Avenue will transform into the "Patrick Wolterman Memorial Park."

Wolterman grew up in College Hill and died in 2015 when he fell through the floor of a burning home where firefighters initially believed victims were trapped. The park will cost $500,000 to build; the City of Cincinnati contributed $380,000 of the cost, and the rest was raised by Wolterman's friends and family.

"They raised the money in a month -- most neighborhoods can't come up with that money in years," said Walsh. "That shows the impact Patrick had on a lot of people here. Hopefully this does some justice to his honor."

Soon, the fence around the plot of land will be removed and the space will become a new, usable gathering area -- all to be completed by the end of the month.

"We can do some community events, there's going to be a stage in that corner where you can have music, a movie night, do things more active in the business district," said Walsh.

Wolterman's family said they want the park to be a memorial to not only Patrick, but all fallen heroes.