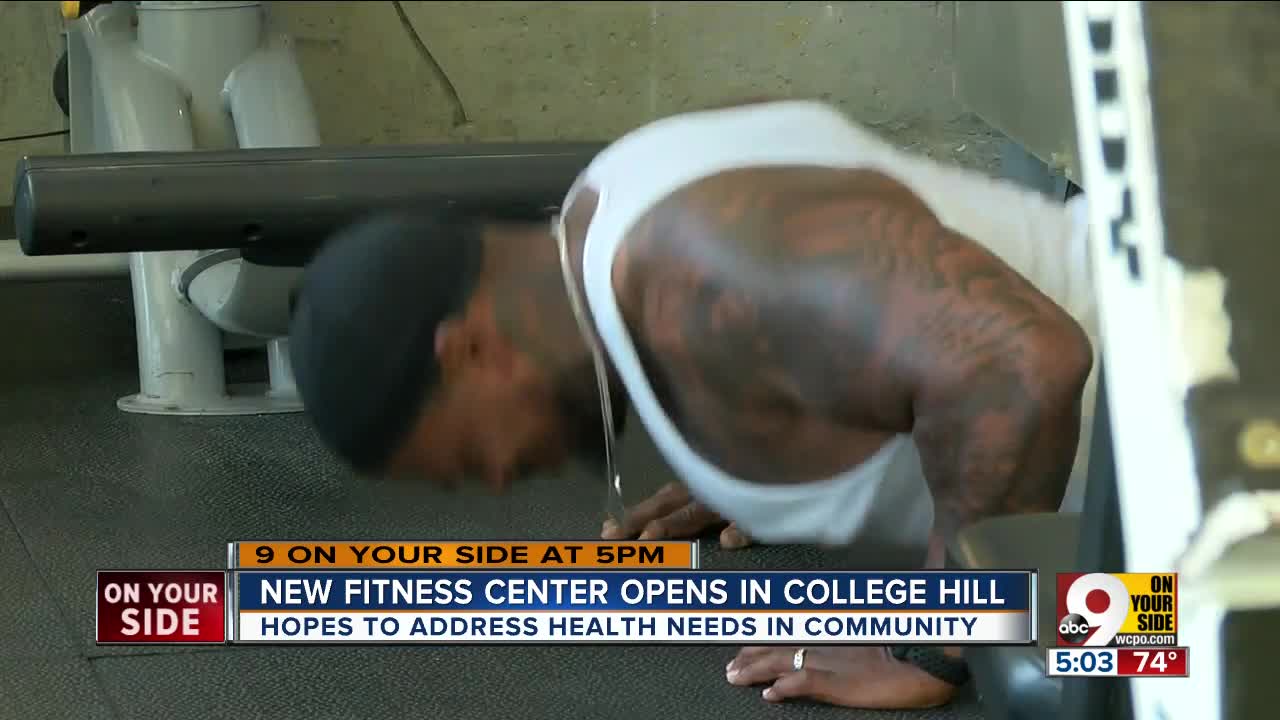 For a variety of reasons — geographical, social, financial — black men and women in America experience higher rates of diabetes, heart disease and high blood pressure than their same-age white counterparts. Members and staffers at Yep! Fitness hope they can fight that trend in predominantly black College Hill.

CINCINNATI — Kurt Billups chose the second location for YEP! Fitness deliberately, he said Friday: Beneath the Marlowe Court apartment building, which houses seniors in its 20 apartments, in College Hill, where the population was about 63% black at last census.

“We want to offer things that we know the community needs to be concerned with and a lot of people in the community are concerned about, but they don’t have the professionals on hand to take care of that stuff,” Billups said.

YEP!, which stands for Your Exercise Platform, has weights, mats and stationary bikes but isn’t exclusively a gym. Billups describes it instead as a wellness-integrated fitness facility offering personalized workout plans and nutrition advice to members and services such as free BMI screenings, blood pressure measurements and body fat tests to anyone who walks in.

Many of those people might never have had access to something similar due to a lack of nearby resources or transportation, Billups added.

Lucy Carr, a YEP! member and resident of Marlowe Court, said she and many of her neighbors don’t have cars. If YEP! weren’t so close to home, she might not make it to a gym at all.

“We don’t have that,” fellow member Randy Steele agreed. “You really can’t go in an urban atmosphere and see a health and wellness center there. You’re not going to get it. With them putting this right here and giving the information that’s needed as well, it’s a beautiful thing. I think it can change a lot in the community.”

Steele’s family has a history of diabetes and high blood pressure, so he exercises to lower his own risk, he said.

Both are common health problems for black Americans across the country.

In all groups, black Americans are about twice as likely to have a stroke as white people the same age and more likely to die, period.

The causes of these problems are complex, the CDC noted. At YEP!, Billups said, solutions don’t have to be.