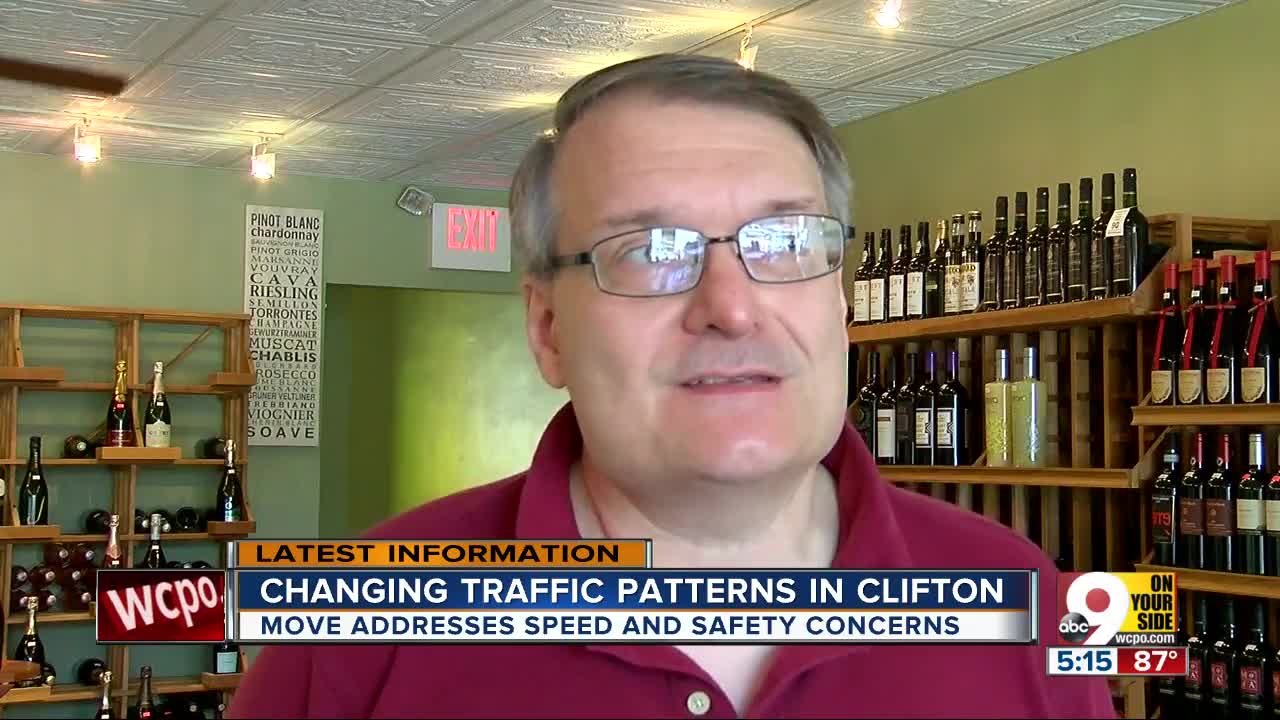 In the last three years, there have been 32 accidents involving pedestrians in Clifton, and many who live there point to speeding as one main reason. 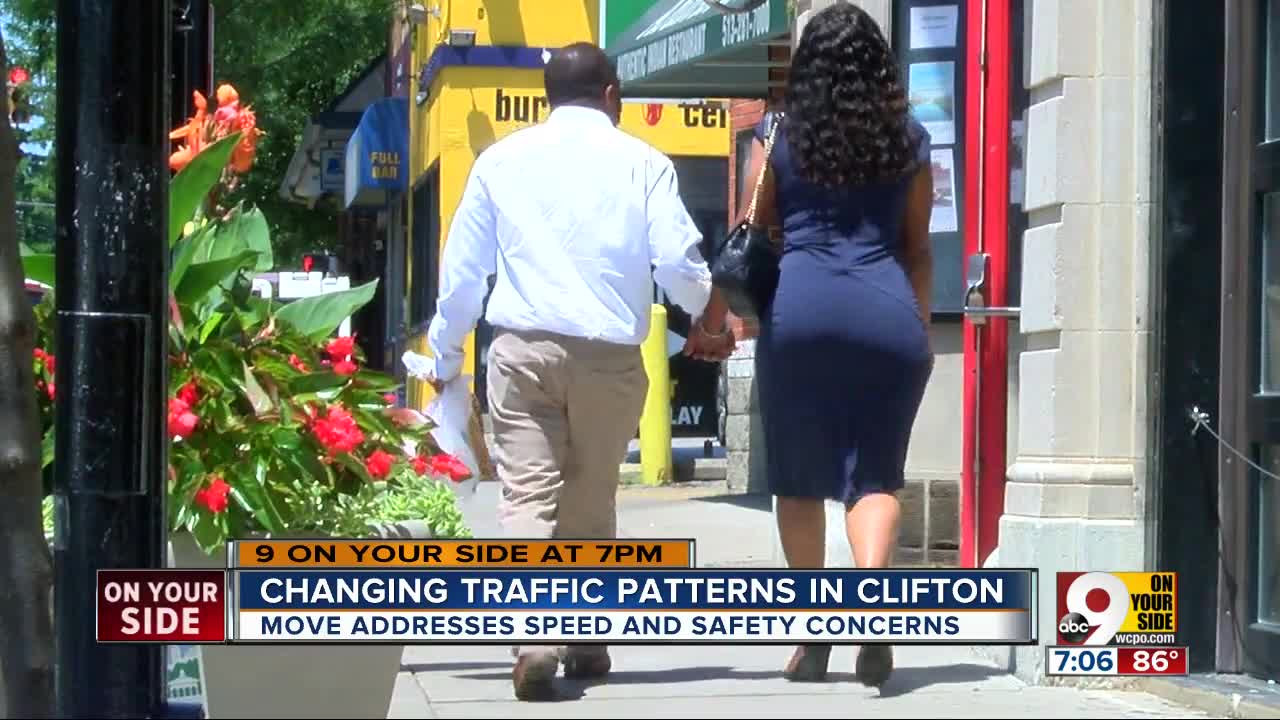 CINCINNATI — Residents and business owners in Clifton are no strangers to the risks associated with stepping foot in a crosswalk in this neighborhood.

In the last three years, there have been 32 accidents involving pedestrians in Clifton, and many who live there point to speeding as one main reason.

"I actually have seen somebody get struck by a car, yes," said Mike Anagnostu, owner of Ludlow Wines, in the Gaslight District. "It's kind of terrifying, actually. We've had people that have just narrowly missed being hit by a car too."

He said cars speed through the Ludlow business district - a narrow, two-way road with plenty of people out walking in nice weather. During rush hour, vehicles aren't permitted to park along the road, adding additional lanes for drivers to speed through. The same is true for Calhoun Street, near the University of Cincinnati.

Aid might be coming for the Gaslight District, though.

With the City of Cincinnati's approval, the neighborhood plans to test out a few new ways to slow down drivers.

"The Clifton business district at rush hour can be a very unsafe place," said David Mann, a Cincinnati council member.

Mann is hoping to adopt temporary changes that would eliminate the parking restrictions along Ludlow Ave during rush hours. The current test plan would mean cars could park in the right lane, reducing traffic flow to one lane and forcing drivers to slow down. The addition of bump-outs, an extension of curbs or other barriers to protect cross-walks, is also being explored, according to Mann.

Business owners like Anagnostu feel that changes like this are crucial to keeping people safe, and keeping the business district attractive to locals and visitors.

"In a district where we tout the walkability of the business district, and we talk about how it's part of our lifestyle here, it's really important for us to maintain that," he said.

So far, there is no timeframe for when these temporary changes will go into effect. Mann said residents and business owners in the neighborhood want to do it quickly, however. He said they're pushing for a summer test roll out.