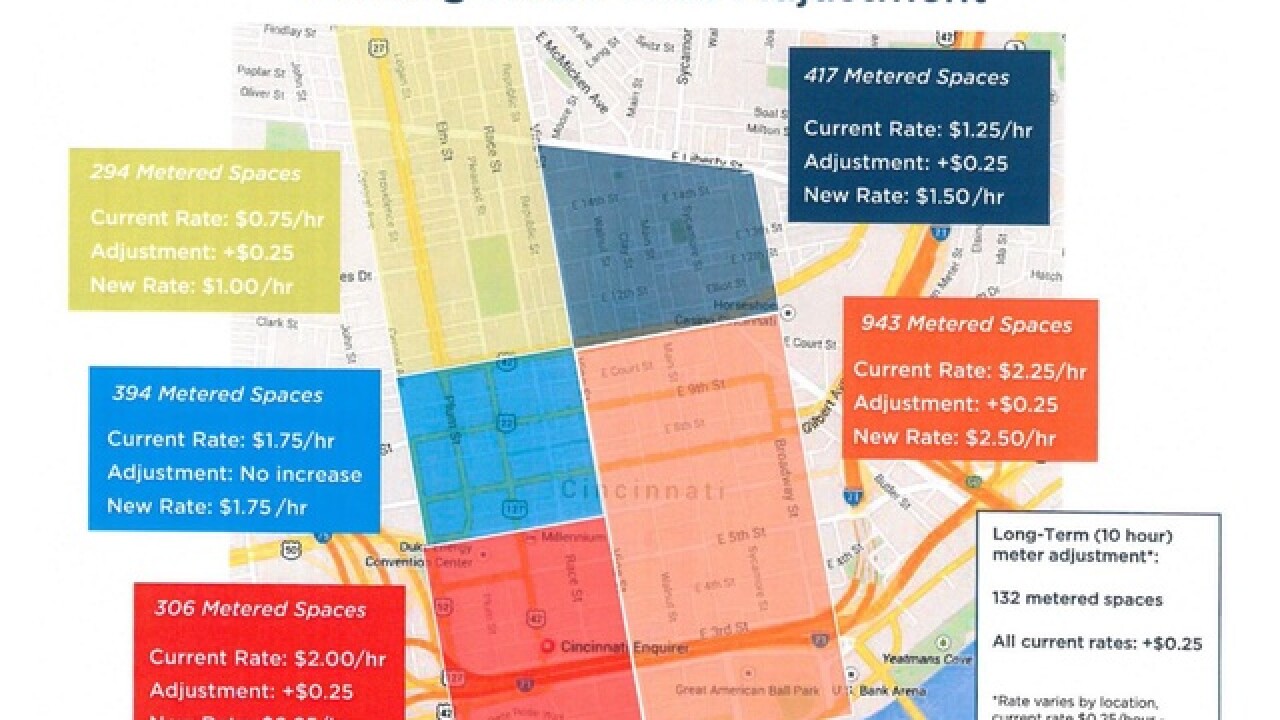 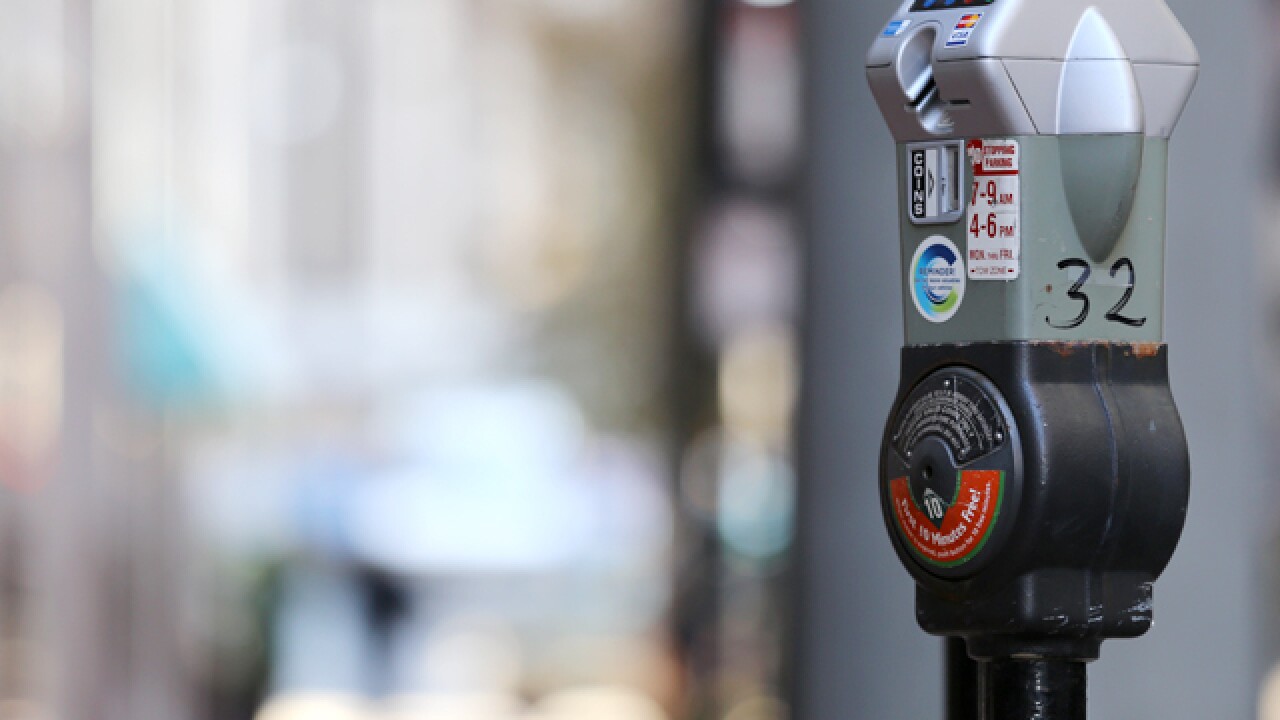 CINCINNATI -- Parking at a meter will cost a bit more in multiple commercial neighborhoods across the city, but not by as much as originally proposed.

In a memo issued in August, City Manager Harry Black outlined parking meter rate increases, which will be fully implemented by Thursday, Sept. 21.

The increases were part of the 2018-19 budget approved back in June.

The following neighborhoods' commercial districts will increase from $0.50 to $0.75 per hour:

Current rates in Downtown and Over-the-Rhine vary, but will all also receive a $0.25 increase: