Offended family stormed out of meeting on Tuesday 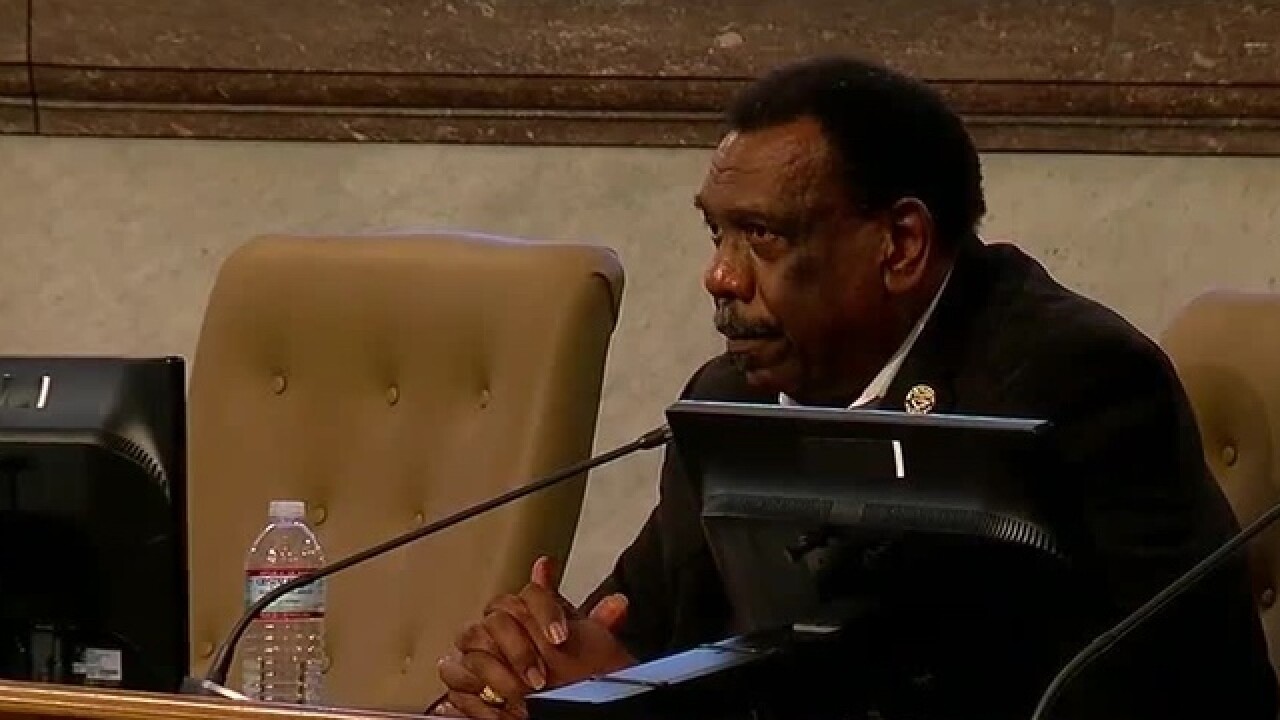 Copyright 2018 Scripps Media, Inc. All rights reserved. This material may not be published, broadcast, rewritten, or redistributed.
WCPO
<p>City Councilman Wendell Young plans to apologize for comments he made Tuesday that offended the family of a teen who suffocated to death in his own car despite making two 911 calls for help.</p>

For video of the offending comments, watch in the media player above.

CINCINNATI -- Democratic Cincinnati City Councilman Wendell Young said he wanted to apologize for comments he made Tuesday to the family of a teen who suffocated to death in his own car despite making two 911 calls for help.

"The choice of words I used, while not intending to cause hurt, allowed them to misinterpret what I was trying to say," Young said at Wednesday's council meeting. "My fault entirely."

Young implied the Plush family might seek financial compensation for 16-year-old Kyle Plush's death, "but there's no amount of money that's going to make you happy."

"It's not about the money," Plush's father, Ron, called from the crowd as he and three other family members stormed out after sitting quietly through five hours of a special city council meeting that included testimony about the city's emergency communications system from police, union leaders and a dispatcher-operator.

The Seven Hills School student died trapped inside his van in the school parking lot on April 10, even after he pleaded twice with 911 operators to send help. Two Cincinnati police officers and a Hamilton County sheriff's deputy who searched near the school never found him.

Twitter erupted Wednesday morning with criticism of Young, a Democrat, including a call for his resignation from Alex Triantafilou, chairman of the Hamilton County Republican Party.

"I was offended and hurt for the family, Triantafilou said. "I think our community has been so affected by this tragedy, and to have an elected leader in government make remarks that were so crass and painful -- I was sad. I was saddened by the whole thing."

Councilmember Wendell Young should offer his resignation from the City Council today. His remarks were hurtful, inappropriate and embarrassed the city we all love. For the good of the community he cares about, Mr. Young should resign. Immediately.

Triantafilou also said he believes Young was using Plush's death to continue his political attacks on Democratic Mayor John Cranley, and that it's time for "a shakeup at City Hall anyway."

"With all the dissension and rancor we’ve seen over the city manager, the mismanagement of the streetcar -- I think it would send a clear signal to the public that people are accountable for their actions," he said.

Young's colleagues on city council said the exchange was embarrassing.

"You have to be ultra-sensitive and supportive of the family, and he definitely missed the mark there," Republican Amy Murray said. "It was shocking to me."

"I don’t know how to explain it. It was a terrible, terrible thing," Landsman said.

"Whether it was insensitive or perceived that way, there is no justification for demanding his resignation -- no more than it would be for Wendell and others to demand a recall for the mayor," Burke said.