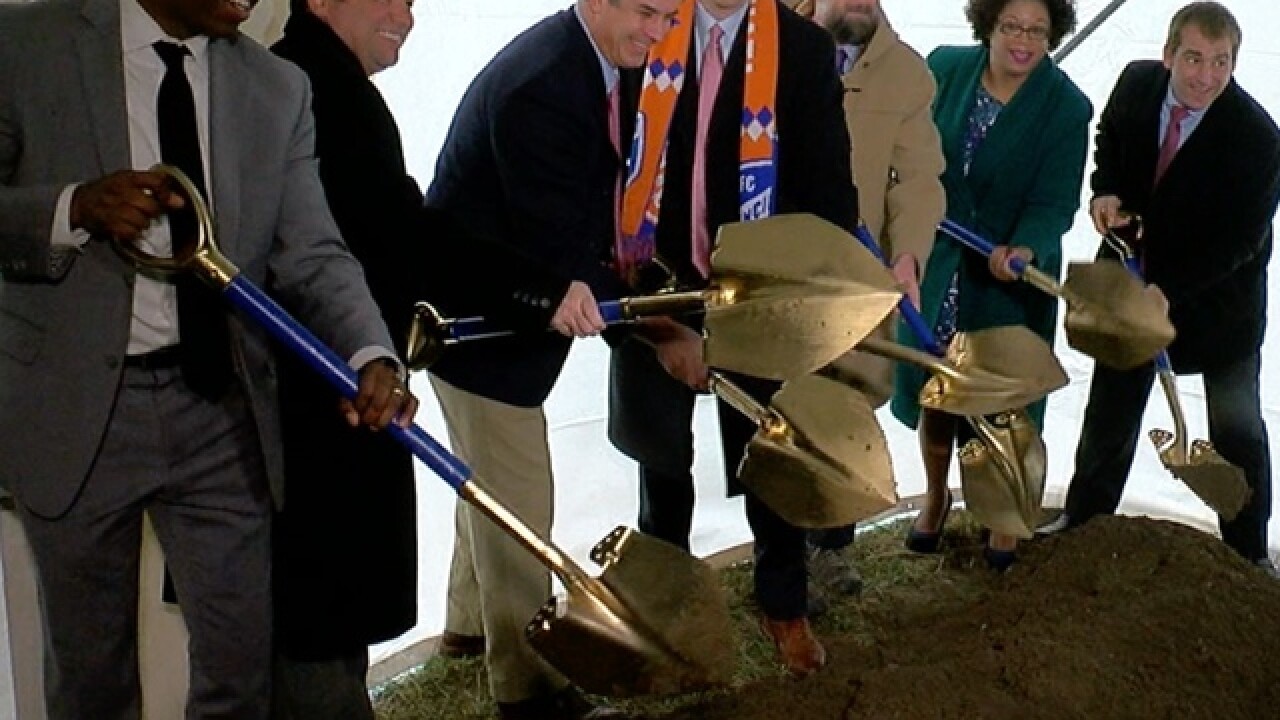 Copyright 2018 Scripps Media, Inc. All rights reserved. This material may not be published, broadcast, rewritten, or redistributed.
WCPO
<p>Groundbreaking ceremony at the development site at the intersection of Madison Road and Whetsel Avenue -- Dec. 3, 2018</p> 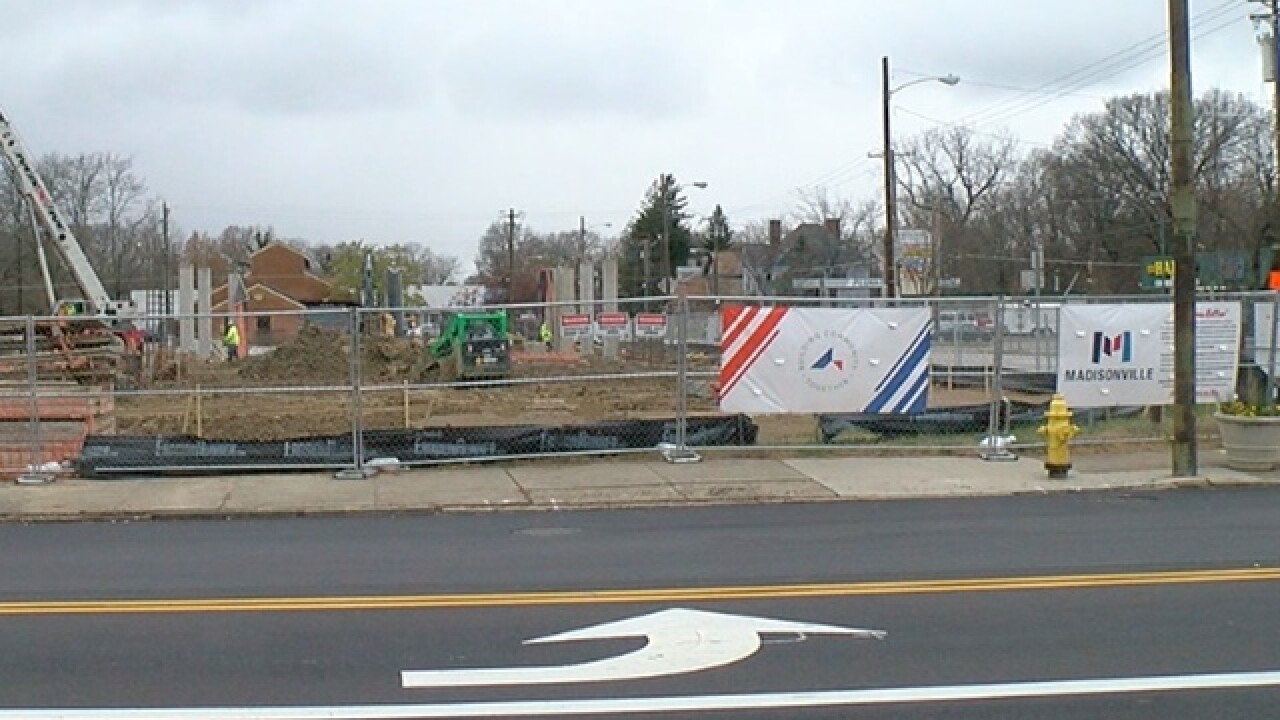 CINCINNATI — Ten years in the making, developers and city officials broke ground on a mixed-use project in the heart of Madisonville Monday.

The project, which covers a 3.5-acre site at the intersection of Madison Road and Whetsel Avenue, includes the development of 104 mid-to-low income apartments. About 24,000 square feet of new retail and office space will be built at the southwest corner, and the historic Fifth Third Bank Building will soon be Bad Tom Smith Brewing.

“As this neighborhood is going to have uplift, it’s not going to leave anyone behind,” the mayor said. “In fact it’s going to keep reaching back and pulling more people up and expanding services for the needy.”

Sara Sheets, Executive Director of the Madisonville Community Urban Redevelopment Corporation, said it took ten years to acquire the property, find the right partners and put together a complex financial package. She said people involved in the project are making 100-year decisions for the current and future residents of Madisonville.

“For a long time we have dreamed of a return to the revitalized, vibrant, active business district that many of our long-time residents remember so well,” Sheets said. “Plans and promises came and went over the years and some thought this day would never happen.”

The city selected Ackermann Group as the developer four years ago. President and CEO Dobbs Ackermann has a personal connection to the area. His mother grew up in Madisonville.

“I’m very proud to stand here today with Madisonville heritage in my family,” he said during a groundbreaking ceremony.

Mayor Cranley said Ackermann is an “urbanist,” who is taking on quite the challenge.

“It’s not starting on a corn field where everything is this simple,” Cranley said. “We have ownership and history and architecture and all these things to grapple with — which makes it more difficult. But in the long run makes it more valuable and meaningful.”

The milestone Monday follows a series of big development projects for Madisonville: Medpace is building more space for its business at Madison and Red Bank, Summit Hotel is open for business and the Red Apartments are expanding as well.

The project at Madison and Whetsel is expected to create about 45 new full-time jobs. The project begins with a mixed-use, mixed-income commercial and residential development. An exact timeline has not been released, but a sign near the site says, “coming soon.”