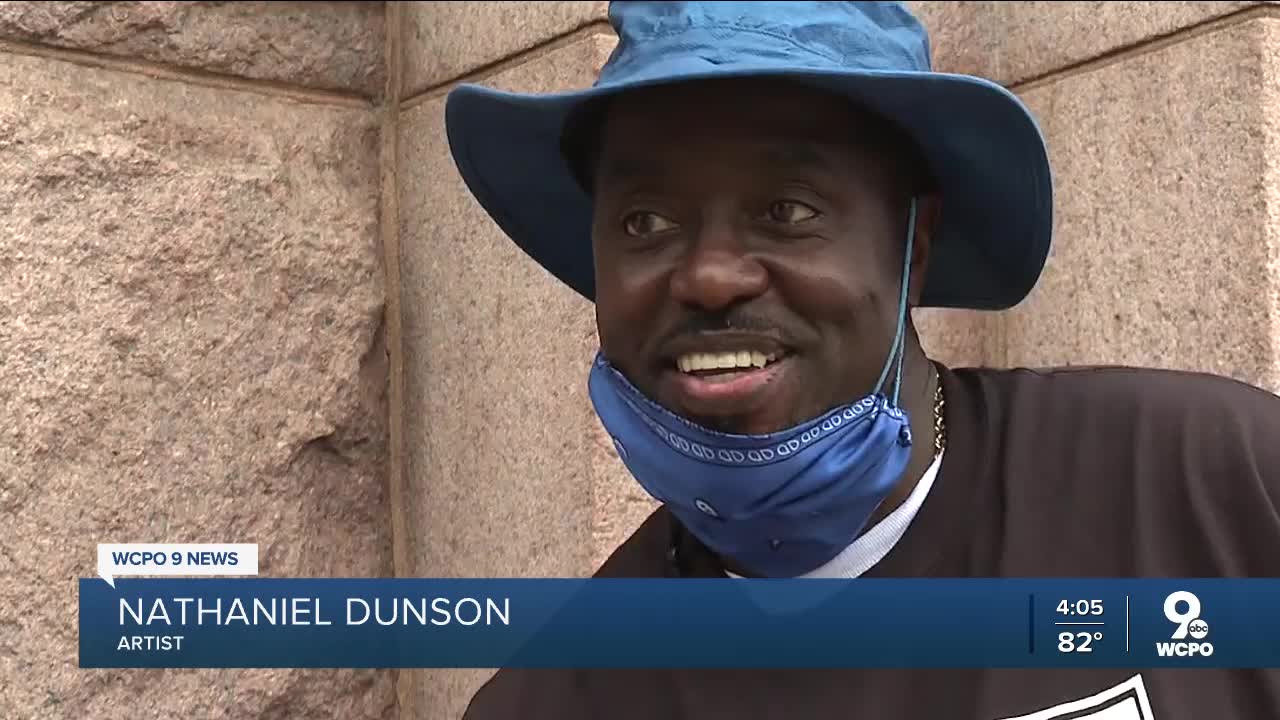 He and his wife, Monique Dunson, are among the artists helping bring the street-long slogan to live. They brought their young daughter with them on Thursday to see it happen. 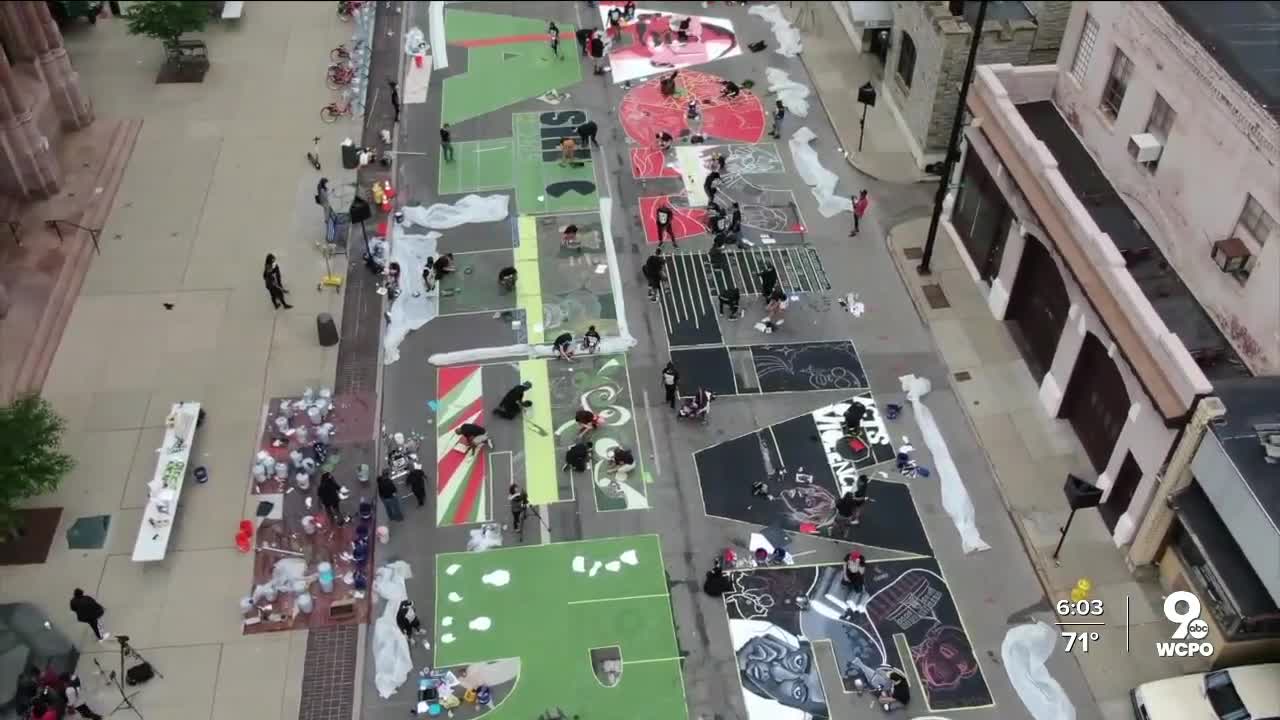 CINCINNATI — Monique and Nathaniel Dunson brought their 10-month-old daughter, Natalia, to work with them Thursday. She wasn’t old enough to understand their project — one letter of a street-long “Black Lives Matter” on Plum Street” — but her parents said she represents its meaning.

“We have a family image of just being able to grow up and live your life and be happy,” Monique Dunson said. “I hope she is able to see that change comes with action, and at some part of her life, she was part of some type of change.”

The Dunsons were among dozens of artists working through Thursday afternoon to create the mural, which was approved Wednesday and scheduled to be unveiled Friday.

Each separate letter had been designed by a different black artist from the Cincinnati area. The Dunsons’ letter — the E of matter — was designed by local surreal-abstract artist Cedric Michael Cox, whose work favors geometric shapes and bold, bright colors. The theme of his E, he said, is family: The right for black Americans to raise theirs without fear.

“The message is beauty,” he said of his design. “Welcome to our world. Welcome to our personal aesthetic as African Americans and see what we have.”

The Dunsons were relieved to find something they could do for the movement to end police brutality and secure greater equality for black Americans, Monique said.

“We’re just proud to be a part of this experience, because it didn’t feel like we could do anything to help,” she said.

Similar murals have appeared all over the country, including in New York City and Dallas. Nathaniel Dunson said having one in Cincinnati makes him feel connected to artists and supporters throughout the United States.

He and Monique hope the mural will be a lesson someday, and the picture of Natalia sitting in her stroller on the letter E will help her place herself in history when she grows up.