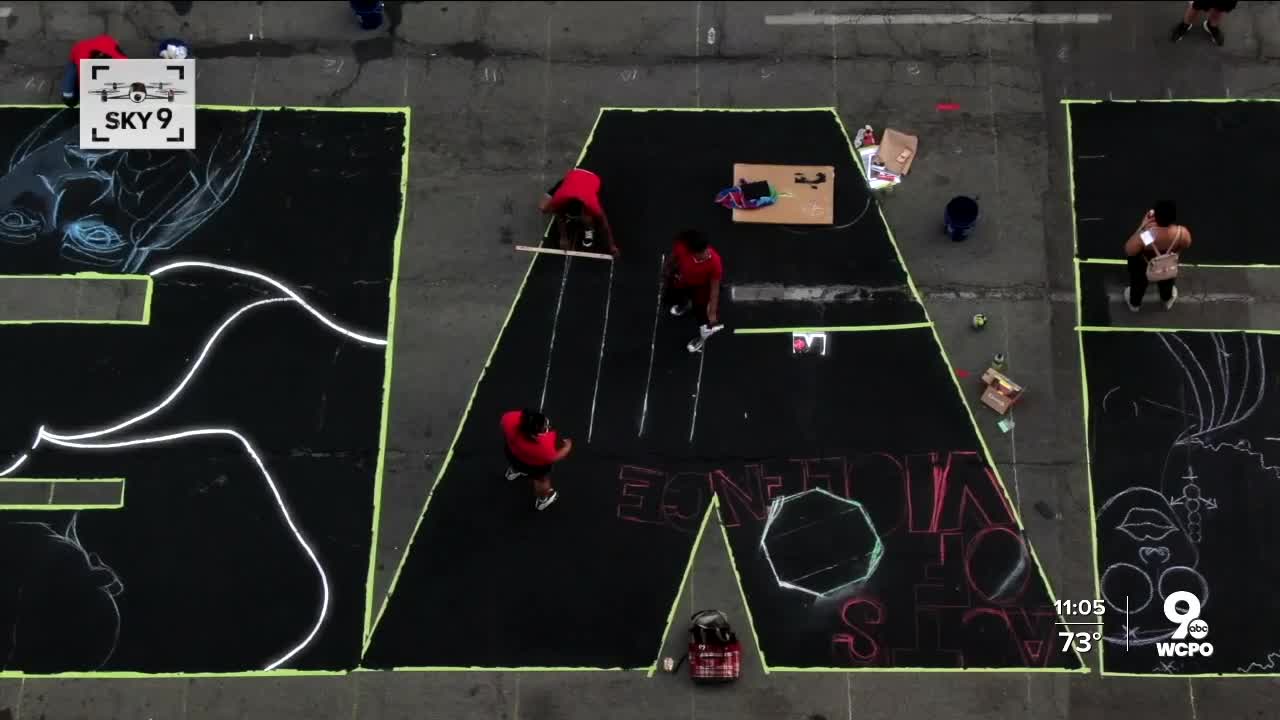 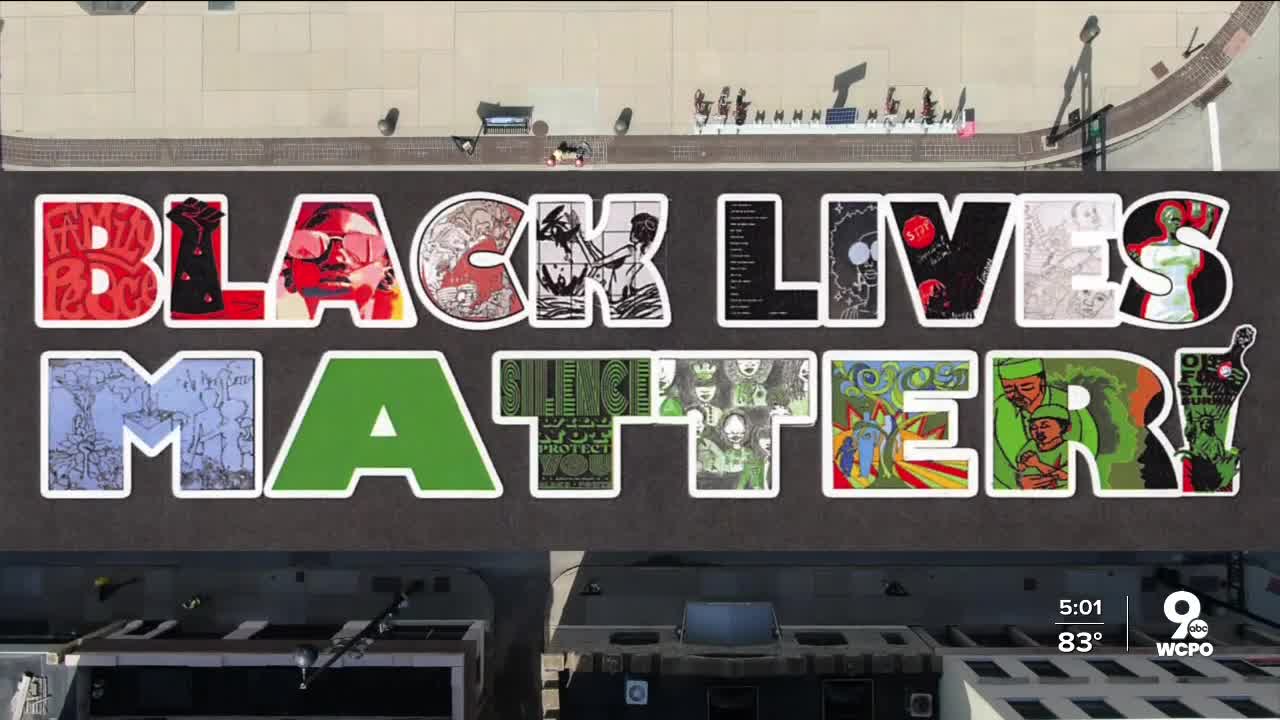 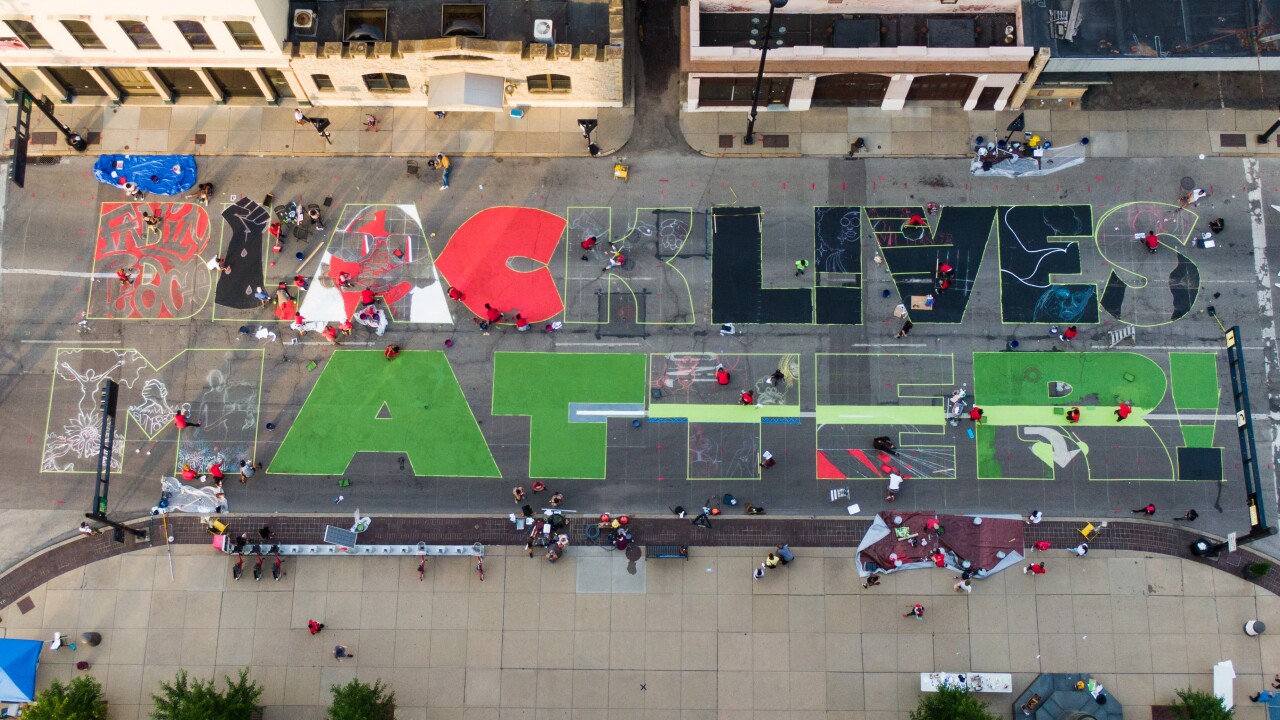 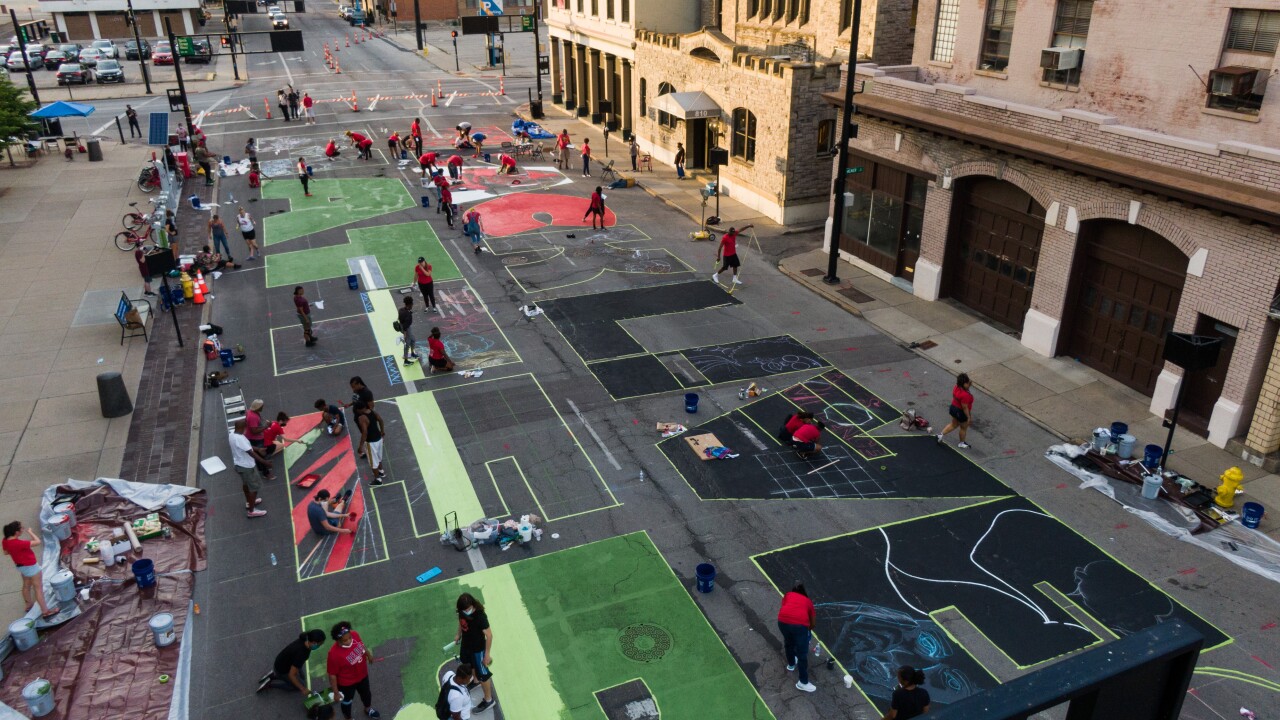 CINCINNATI — Local artists will spend the next two days painting a Black Lives Matter mural on Plum Street between Eighth and Ninth streets downtown. Their work started Wednesday night, as soon as they learned City Council had voted to approve the project.

“We want this to be a moment of healing and a moment of going to that next place” after weeks of anxiety and unrest associated with nationwide anti-police-brutality protests, said Alandes Powell.

The mural was her idea. Powell, a former chair of the Urban League, acknowledged that racial inequality requires more than symbolic solutions — but she said she believes symbols still have power.

While a diverse group of volunteers are participating in the project, each letter of the mural’s street-spanning “Black Lives Matter” will be painted by a different black artist from the Cincinnati area. The paint will last for about five years, according to Powell. If its message hasn’t been realized by 2025, she’ll push to repaint it.

“It does not in any way solve racism,” said Councilman Greg Landsman. “It should, however, be a reminder throughout the next few weeks, of the kind of serious change that we need to make.”

Powell thinks of it like the Bat-signal, she said: A bright, attention-grabbing message that Cincinnati needs help.

The Urban League raised nearly $100,000 via GoFundMe to see the project realized. Some of that money will go toward paying the artists and covering the cost of their supplies. Whatever remains when the project is finished on Friday will go toward Black Art Speaks, an initiative to create art depicting topics of race and justice throughout the city.

“I want people to understand the stories and listen to each other as allies to want to understand and I think it’ll change people’s hearts,” she said. “Especially people who are just not engaged.”