Cincinnati streetcar will run additional vehicles this weekend for Oktoberfest 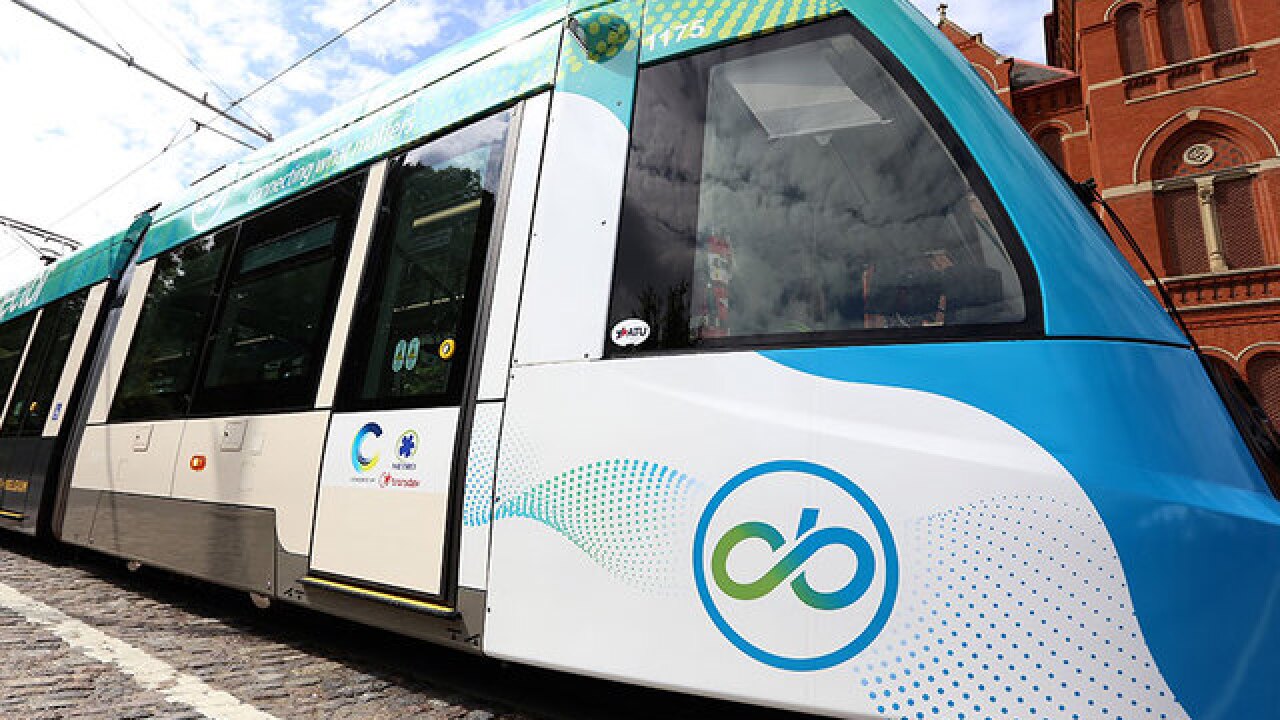 CINCINNATI -- The streetcar will operate four vehicles this weekend -- up from its normal weekend service level of three cars -- in anticipation of increased ridership during Oktoberfest Zinzinnati.

"We'll be operating four vehicles for the duration of the festival, starting Friday evening through Sunday," Jones said.

The city owns five streetcar vehicles. It is standard operating procedure to leave at least one in reserve, in case one malfunctions while in service.

The festival will take place adjacent to the streetcar route, on Second and Third streets between Walnut and Elm streets. Oktoberfest was relocated last year in order not to disrupt streetcar service, which began only a week prior to last year's festival.

RELATED: Everything you need to know about Oktoberfest Zinzinnati 2017

The festival is expected to draw a half-million people, and last year's Oktoberfest saw 29,000 streetcar rides -- the second-most in the transit line's history behind its inaugural weekend.

This year's increase in service comes in contrast to last year's Oktoberfest, over which there was debate over how many cars SORTA was contractually obligated to run. Transit officials eventually committed to running additional vehicles "as needed" thanks to leftover fundraising dollars from opening weekend, and Ad Vehicles -- the firm contracted to produce advertising for the streetcar -- stepping up to cover the cost gap.

It's an issue that continues to plague the city's relationship with the transit agency, even beyond special events such as Oktoberfest.

A year into operations, there is still disagreement over the terms of SORTA's operations contract with the city. The contract stipulates that the streetcar will maintain 12-minute headways -- or, the time between arrivals -- during peak hours on weekdays, and 15-minute headways during non-peak hours on weekends. It also originally designated that three vehicles would run on weekdays and two on weekends.

SORTA has since increased the weekend vehicle roster to three, since ridership trends favor Saturdays and Sundays.

The streetcar operates until 1 a.m. on Friday and Saturday nights, and until 11 p.m. on Sundays.