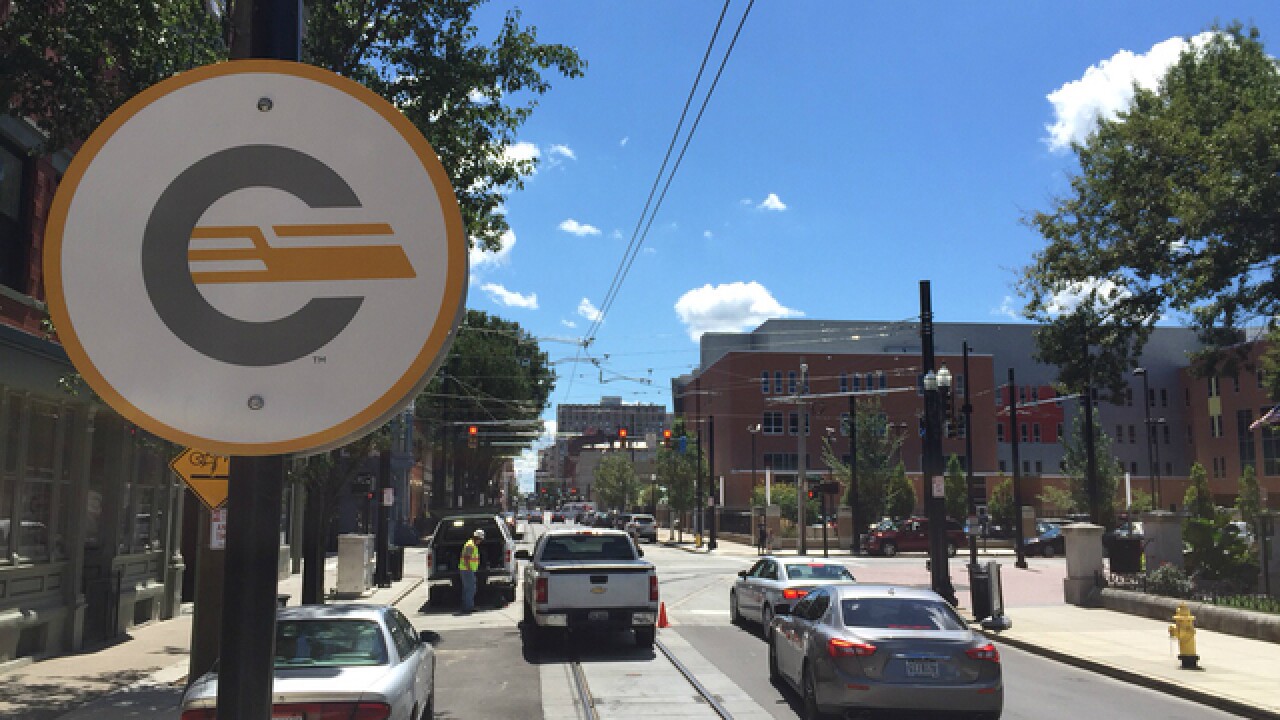 CINCINNATI — The Ohio Supreme Court dismissed Wednesday the city's appeal of a prior ruling that the city must repay Duke Energy the costs for moving utility lines along the newly completed streetcar route.

In December 2014, the Hamilton County Common Pleas Court ruled the city owed Duke $15 million for the relocation work, upping the cost of the streetcar project to $148 million. Part of the initial litigation over the dispute required the city put that $15 million in escrow.

Part of that agreement also stipulated neither party would appeal beyond the Ohio Supreme Court.

The high court’s decision came on the same day that the fifth and final streetcar vehicle arrived to the city’s maintenance and operations facility in Over-the-Rhine.

Project leaders said the streetcar’s launch is happening on time and on budget, despite some delays in the vehicles’ manufacturing and delivery, with the projected launch date set for early Sept. 2016.

Follow Pat LaFleur on Twitter (@pat_laFleur) for the latest on Cincinnati Streetcar and all things living car-free in Greater Cincinnati and Northern Kentucky.