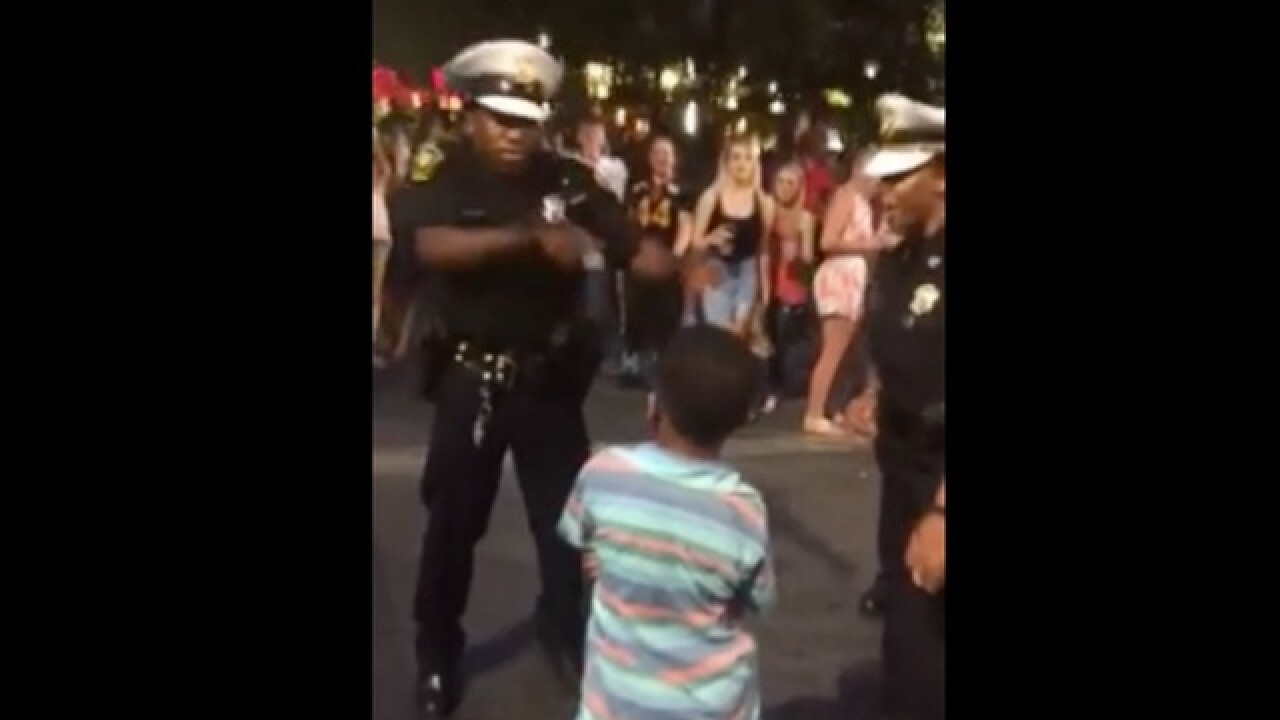 CINCINNATI -- With live music in the air and good food (and drinks) in your belly, how could you not want to break out and dance?

At Taste of Cincinnati, a boy named Ellis couldn't control his dancing feet. He decided to challenge a Cincinnati police officer in full uniform to a dance-off.

Ellis came on pretty strong, even giving the officer the hand at the end of his first round dance. He also had a "hype-girl" in his corner, sporting a bun and a blue sun dress.

But the officer had some moves of his own; he even broke out "the cabbage patch." His hype man, a fellow officer, wasn't quite as supportive as blue dress girl, though -- in the end, she ended up rooting for Ellis.

In the end, the officer conceded to the boy. Cincinnati police got hold of the video and posted it on their Facebook page, saying "Seems like it wasn't all work at the Taste this weekend."