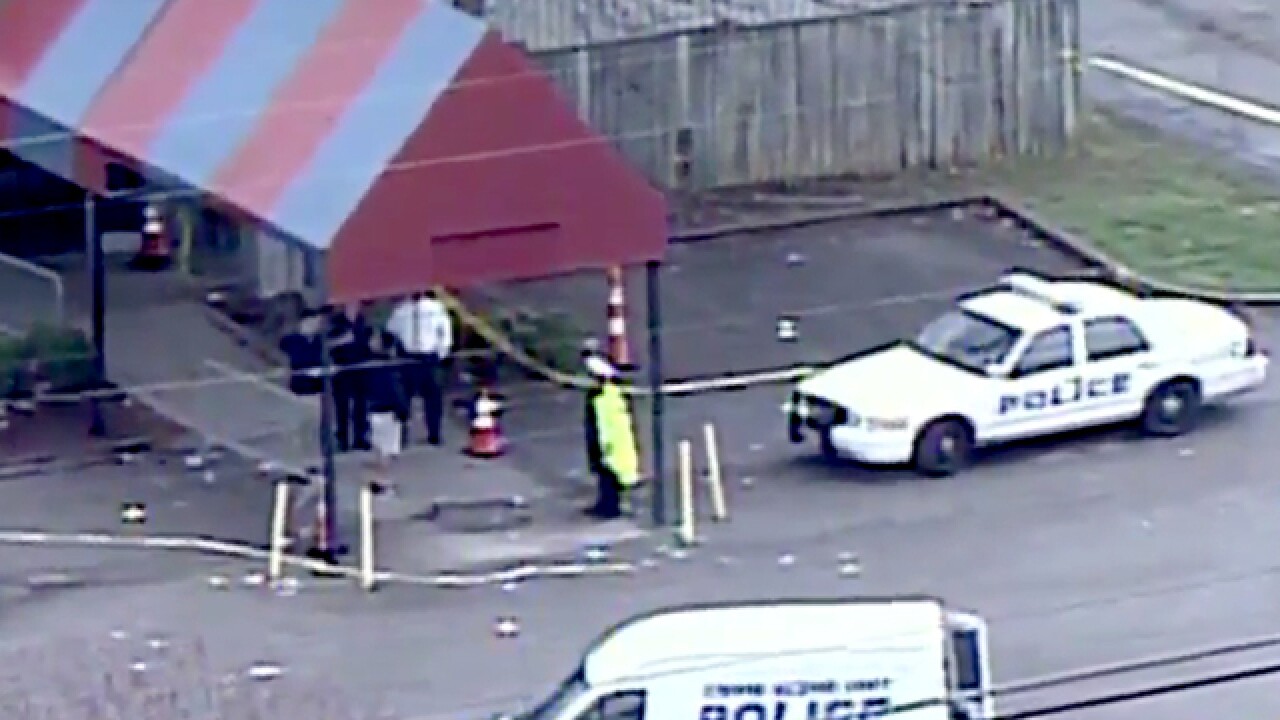 CINCINNATI -- As broken glass and stray shoes are cleaned from the parking lot of an East End nightclub, questions linger about the shooting that killed one person and injured 16 others.

Gunfire broke out just after 1 a.m. Sunday at Cameo Night Club on Kellogg Avenue. Witnesses said they heard dozens of shots ring out.

Here are some unanswered questions about the shooting that rocked Cincinnati:

1. How did guns make it through the doors?

Well, no one is sure exactly.

There have been instances of violence at Cameo before; there was a shooting inside Cameo on New Year's Day 2015 and another in the parking lot that September, city spokesman Rocky Merz said.

Mayor John Cranley said the nightclub had agreed to increase security after the shootings.

“I do know that there were incidents at the club in the past, that they had agreed to a security protocol that included wanding people to go in,” Cranley said.

Isaac said the owner, Jay Rogers, agreed to have metal detectors at Cameo's front door, though they're not legally required.

Four off-duty officers were working a private security detail outside the club at the time of the shooting. They were dressed in uniform, and they had at least one cruiser at the nightclub, Isaac said.

“The internal security from the nightclub is responsible for securing the persons as they enter the building, and also we received information that it is their normal protocol to wand individuals with a metal detector or provide a pat down, whichever they chose to do.”

The four off-duty officers were working in Cameo's parking lot when the shooting started, Isaac said, but they rushed inside once shots were fired.

“That is their obligation, and that is precisely what these officers did...our officers provided aid to those injured individuals until fire resources were called in and able to respond,” Isaac said.

Sgt. Dan Hils said Sunday that some of the officers may have been disturbed by what they saw when they entered the club; officers had to literally step over victims to get to the critically wounded.

Since Cameo is a liquor-permit premise, officers are not permitted to work inside the building. Isaac said this protocol is followed for all of the city’s establishments that have a liquor permit.

“We do not provide the service of being, say, a bouncer at a liquor-permit premise,” Isaac said.

City spokesman Rocky Merz said Sunday afternoon the shooting was a result of an altercation that had taken place earlier.

RELATED: Chief: This is what sparked nightclub shooting

Isaac echoed this sentiment during a news conference Monday.

“We believe the incident began from a dispute amongst several individuals inside the nightclub. The incident escalated to shots being fired,” Isaac said.

What that dispute was and how many people were involved is still unknown at this time.

3. Are there any leads on suspect information?

The investigation is being handled by the Cincinnati Police Department’s Criminal Investigations section and the Homicide Unit, Isaac said.

Police don't have a description of the suspects, and there doesn’t appear to be any surveillance video from inside Cameo, Isaac said.

Federal agents from the Bureau of Alcohol, Tobacco, Firearms and Explosives were at the scene Sunday morning. Police focused attention on a white car nearby; it was placed on a tow truck at about 6:30 a.m. Sunday.

A white car that investigators have been focused on all morning has been loaded on to a tow truck. @WCPO pic.twitter.com/9CcRRgR38H

Isaac said Monday the investigation has progressed and he feels “confident” they will find those responsible.

The city’s program, Cincinnati Citizens Respect Our Witnesses, or CCROW, advocates for the support and protection of witnesses of crimes.

At Monday’s meeting of City Council's Law and Public Safety Committee, Councilman Kevin Flynn promised anyone with information would be protected.

"This is a program that is very innovative at the local level, and just know that if you're out there and have information, that police will protect you," Flynn said.

Isaac said police are depending on witnesses not only to come forward, but to have the courage to testify.

“Those that have information, we need them to be willing to come in and be actual witnesses, to verify and prosecute those responsible,” Isaac said.

4. How many shooters were there?

Mauricio Thompson was at Cameo the night of the shooting. He said a “mini brawl” broke out before shots were fired.

"Within that mini brawl, maybe like 20 shots (had) been fired -- people (were) running, dodging, trying to get out of the way," Thompson said.

Initial reports from police indicated it was unclear if there was more than one gunman, but Isaac said Monday that investigators believe multiple people fired shots.

“By the number of shots fired, there was more than one (gunman),” Isaac said.

Other witnesses have said multiple rounds were fired. One woman dove on the ground outside the club to escape flying bullets. She said she heard dozens of shots.

5. Was this shooting targeted at someone?

Police have given no indication that's the case. Again, Isaac said the shooting began after a fight inside the club.

6. What types of weapons were used?

Police haven't said. Still, there haven't been any reports of someone visibly carrying a larger weapon into Cameo, so it seems likely, for now, they were smaller handguns or pistols.

7. How many shots were fired?

More than 20, Isaac said. Investigators have not yet elaborated on the exact number.

8. Where inside the club did the shooting take place?

Cameo is a large, warehouse-style venue -- investigators believe there were about 200 people inside when the shooting started. Police haven't said exactly where it happened, but Isaac has repeatedly referenced the club's bar.

"At this point, the investigation is basically telling us that the dispute took place in the bar, and that's where it occurred," he said. He also told City Council there didn't appear to be an security footage from the "bar."

Angel Higgins, who suffered a gunshot wound to her leg, said she was standing next to an exit to the club's outdoor pool and witnessed the fight. A DJ called for security four times before the shooting started, she said.

We don't know yet. WCPO and other media outlets have requested those calls, as is standard in the normal course of reporting on criminal incidents.