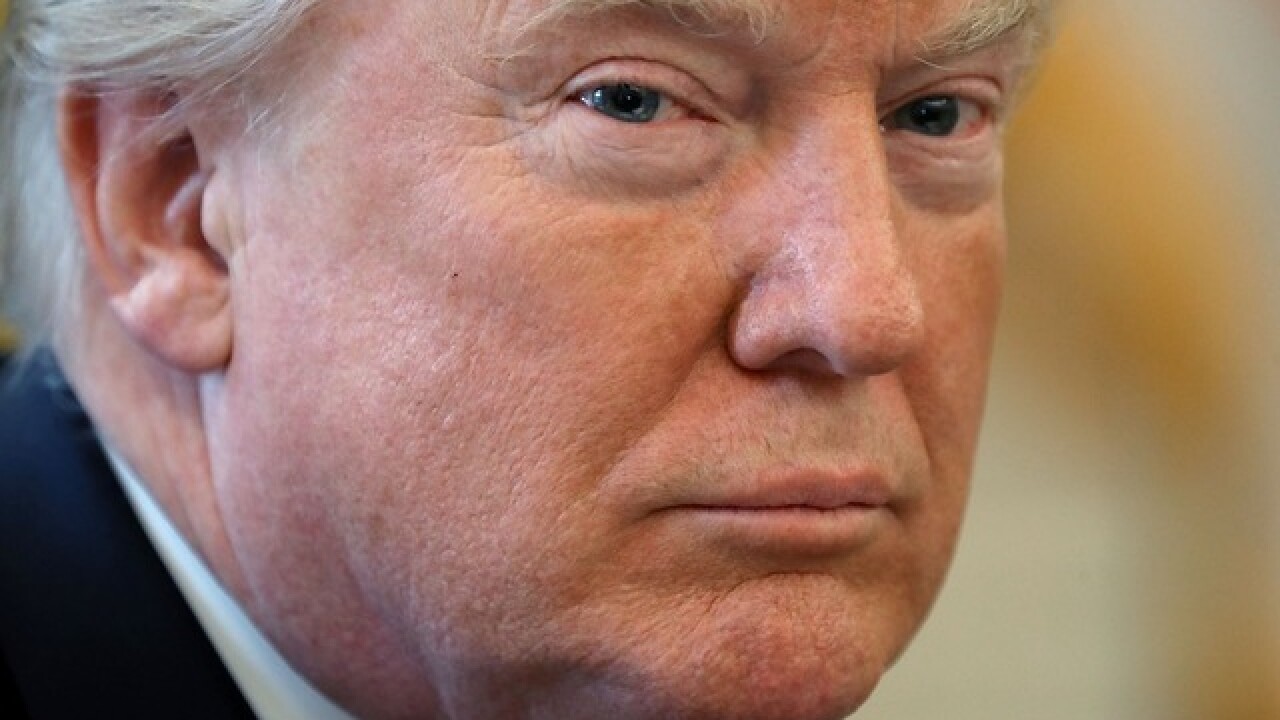 The cities — Baltimore, Chicago, Cincinnati and Columbus — allege in the lawsuit that Trump and his administration "are waging a relentless campaign to sabotage" the ACA by discouraging Americans from enrolling in health care plans, working to raise prices and reduce the available choices and using funds Congress allocated to support the ACA to attack it.

Trump has been vocal about his opposition to the ACA. During a speech in Cincinnati last summer, he said "victims of the Obamacare catastrophe" had been "going through turmoil" because of the law.

After failing to get the ACA repealed last year, the administration has taken actions that weaken the law. Last month, the Centers for Medicare and Medicaid Services announced that it was cutting funding for the ACA enrollment navigator program down to $10 million, from $36 million last year and $63 million in 2016.

Also last month, the Trump administration halted $10.4 billion in payments to insurers under the ACA's risk adjustment program. And the lawsuit was filed just one day after the administration released a rule that will make it easier to obtain health insurance plans which don't adhere to the ACA's protections.

By weakening the ACA, the administration is driving insurers out of the ACA exchanges, raising premiums and causing more people to be underinsured or even uninsured, the cities argue in their lawsuit. That's costing the cities more money to pay for services that provide medical care to those who are uninsured or underinsured.

In Cincinnati, for example, the city health department subsidizes various health centers with an annual budget of $23 million. The number of uninsured patients who visited those centers already increased by 11 percent from 2016 to 2017, according to the lawsuit.

Also, the Cincinnati Fire Department made about 4,300 hospital transports involving uninsured patients last year, according to the lawsuit. When a patient lacks insurance, the city will attempt to recoup costs directly from the patient. But the city recoups less than 3 percent of its costs from uninsured individuals, compared to more than 93 percent of costs billed to private insurers.

"An increase in the rate of uninsured and underinsured individuals will impose additional drains on Cincinnati's budget and its personnel, and will make the city a less attractive place to live and work," the lawsuit states.

The cities are asking the court to declare some of the proposed new rules unlawful and to make the administration act to increase the number of people obtaining health insurance through ACA exchanges and reduce premiums for insurance through the exchanges.

A Department of Justice spokesperson declined to comment on the lawsuit.